Japanese primrose flowers can bring a welcome splash of color to the garden in late spring and early summer. As well as their beautiful appearance, Japanese primrose flowers are rich in meaning and symbolism and are cherished in Hanakatoba – the Japanese Language of Flowers. This guide explores everything you need to know about Japanese Primrose and its symbolic value and cultural significance today.

The Symbolic Meaning of Japanese Primrose – The Essentials

Japanese primrose (Primula japonica) is a stunning member of the primrose family (Primulaceae). It belongs to the Primula genus, which contains approximately 500 individual species. The Primula genus was first officially described in 1753 by Carl Linnaeus, although Primula japonica would’ve been known to Japanese herbalists for much longer.

Japanese primrose is a flowering deciduous perennial with clusters of beautiful purple flowers. These plants can grow up to 24 inches tall and 12 inches wide. The flower stalks emerge in late spring and early summer from rosettes of large, slightly wrinkled, pale green foliage. It takes two to five years for the plants to reach their full height.

Japanese primrose unsurprisingly originates from Japan, but many varieties have since been cultivated worldwide. Some of these cultivars have achieved the Award of Garden Merit from the RHS in the United Kingdom. This is awarded to plants that grow exceptionally well in conditions present in the UK.

The three most popular types of Japanese primrose are:

The scientific name Primula japonica references this plant’s status as a native Japanese flower. In Japan, the Japanese primrose is called ‘kurinso‘.

The Primula genus is based on the female version of the Latin word ‘primus‘, which means ‘first’. Primroses are one of the first flowers to bloom in the spring after winter has passed, hence the Latin name.

What Regions are Japanese Primrose Native to?

Japanese primrose is native to Japan. These flowers are commonly seen on the banks of mountain streams on the main Japanese islands. They thrive in damp soil and shaded conditions.

When are Japanese Primrose in Season?

Japanese primrose blooms from late spring to early summer. The foliage emerges in mid-spring and dies off in the winter.

Japanese primroses are popular with pollinators such as butterflies. Their open-faced flowers are ideal for these insects. Japanese primrose is an excellent way to add color to damp areas around ponds in spring. These flowers also work well in shaded, woodland garden environments.

The Meaning, Symbolism, and Cultural Significance of Japanese Primrose

Japanese primrose produces beautiful flowers, so it’s no surprise that these plants symbolize beauty and love. Japanese primroses are also thought to represent charm and passion. This makes them an ideal gift for a romantic partner or spouse.

Japanese primrose flowers are primarily available in purple, red, and white. Each of these three colors is associated with particular meanings and symbolism, so let’s explore each color.

Purple flowers have long been thought to symbolize qualities like admiration, elegance, and success. What’s more, purple has also been used to represent royalty in many cultures across history. This likely came about because purple was traditionally the most expensive and prized color for dyeing clothes.

In many Asian cultures, purple represents luxury or nobility. In Thailand, purple is traditionally used as the color of mourning, while in the United States, purple is associated with honor. Purple is also attributed to romance.

One of the most popular cultivars of Japanese primrose – Primula japonica ‘Miller’s Crimson’ – has bright red flowers. Red flowers traditionally symbolize attributes such as love, passion, and romance. Red flowers are popular gifts to romantic partners on Valentine’s Day or as an anniversary gift.

The romantic associations of red flowers also tie in well with the symbolism attributed to Japanese primrose. These Japanese flowers help convey beauty, love, and passion.

Red flowers can also represent active qualities such as courage, energy, and power. This means that red flowers, such as Primula japonica ‘Miller’s Crimson’, can make excellent birthday gifts.

White flowers are also linked to qualities such as hope or renewal. In Japan, white is traditionally associated with mourning and is used in funeral services. The Ancient Egyptians also believed that white symbolized death.

Because it is one of the earliest flowers to emerge in spring, Japanese primrose is seen as a symbol of regrowth and renewal. The arrival of the flowers may also represent the transition of spring into summer.

Floriography was also known as the ‘language of flowers’ and was used to convey meanings and messages through flowers. There have been many variations of floriography in different cultures. Traditionally, primroses like the Japanese primrose symbolize courage, kindness, and patience in floriography.

In the Victorian era, floriography was used as a way of conveying meaning through secret messages between lovers to communicate their feelings. In Victorian floriography, primroses were used to convey a message of “I can’t live without you”.

Although these meanings traditionally referred to English primrose varieties, they can also apply to Japanese primrose.

Directly translated, hanakotoba means “flower words.” It’s also sometimes referred to as the Japanese language of flowers. Hanakotoba assigns symbolic meanings to different species of flowers and even different colors of flowers in order to create a unique language that enables communication through flowers.

In hanakotoba, Japnese primrose means first love, chastity, and admiration. In Japanese culture, these flowers are seen as purely positive and are even thought to increase a person’s luckiness in love possibly, so this makes them an appropriate gift for any person on almost any happy occasion.

Japanese Primrose as a Birth Flower

Primroses, such as the Japanese primrose, are one of the official birth flowers for February. They share this status with irises and violets. As birth flowers, primroses are believed to symbolize modesty, young or new love, and undying affection.

Japanese primroses are ideal if you want to give a floral gift that’s a little bit different from the norm. Although these plants aren’t widely used as gifts, they’re well-suited to particular occasions. These occasions primarily revolve around beauty and love, which are traditional meanings for Japanese primroses.

What do Japanese primrose flowers symbolize?

Do Japanese primroses come back every year?

Japanese primrose flowers are in bloom from late spring to early summer in the United States. In other areas, they may flower earlier.

Do Japanese primroses flower more than once?

Japanese primroses flower more than once because they’re deciduous perennials that grow back every year. The flowers will emerge in late spring and early summer every year.

Japanese primroses are toxic to pets such as cats, dogs, and horses. They do not appear to be toxic to humans but it’s best not to ingest them.

Japanese primroses are stunning purple, red, or white flowers that can brighten up any garden in late spring. But these Japanese flowers are also rich in symbolism and meaning. Japanese primroses represent meanings such as beauty, charm, love, and passion. Depending on the color of the flowers, they can also symbolize romantic love, elegance, innocence, purity, and nobility.

Where to Position Spider Plants in the Home 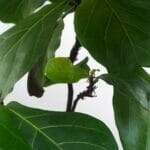