Lotus Flower Meaning in the Language of Flowers

The Meaning, Symbolism, and Cultural Significance of Lotus Flowers

Although their delicate, symmetrical form and charming colors are indeed a head-turner, there are deeper lotus flower meanings and symbolism worth noting. In fact, lotus flowers are considered sacred in various parts of the world, particularly in Eastern culture. So what makes lotus plants unique, and why are they so popular? This guide will take you through everything you need to know about the meaning and symbolism of lotus flowers, plus learn about their ancient and modern cultural significance around the world today.

About The Lotus Flower

Lotus plants are aquatic herbaceous perennials primarily native to Australia and Southern Asia. They are part of the Nelumbonaceae botanical family. Two popular species are known, namely the Sacred Lotus (Nelumbo nucifera) and the American Lotus (Nelumbo lutea). Both can be grown in USDA hardiness zones 4 to 10.

The Sacred Lotus plant, also called Indian Lotus or Angel Lotus, is known for its 8-inch showy pink to white flowers and waxy green leaves. The flowers remain open during the day and close at night for three days.

American Lotus is also called Yellow Lotus after its yellow blooms. Unlike the Sacred Lotus, the American Lotus originated from the East Coast of North America.

Both lotus species are edible. The plant’s underground stem, known as a rhizome, is commonly consumed by Asians and Native American tribes for its starch content. The leaves are used as vegetables and stamens to flavor teas. Lotus seeds are also fit for human consumption. They are eaten like nuts or dried and ground into flour. Various plant parts have medicinal properties.

History and Origins of Lotus Flowers

Fossil records show that lotus flowers have existed for millions of years. They are believed to have survived the Ice Age between 1.8 million and 10,000 years ago, when many plants went extinct. Today, lotus flowers can be found globally, from Iran to Japan, India, Australia, and Russia.

Meanings and Symbolism of Lotus Flowers

Regarded by many cultures as sacred, lotus flowers give various meanings and symbolism. They are called the Flower of Life because of their association with the cycle of life, death, and rebirth. Moreover, a lotus flower, particularly the pink one, is the national flower of India.

Different Colors of Lotus Flowers and Their Meanings

Lotus flowers are mainly available in six colors, including white, pink, yellow, red, blue, and purple. Like other flowers, their meanings and spiritual interpretations vary depending on their color.

White lotus flowers are one of the most popular colors. They signify many things, including beauty, grace, purity of mind, wealth, knowledge, fertility, and faith. Their worldwide popularity and relevance have gained them the name “Womb of the World.”

Pink lotus flowers are often associated with Buddhism as these charming blooms are said to portray Buddha’s earthly symbol. They hold various meanings depending on the state of their buds. A pink lotus plant with a closed bud represents passing through the spiritual path, while a fully-bloomed one means enlightenment.

Lotus flowers are also available in yellow. In religion, they symbolize joy and intellectual curiosity within spiritualism. The bright blooms also reference openness and hospitality.

The meaning of a red lotus flower is not much different from other popular red flowers, such as roses and carnations. These delicate blooms signify compassion, sympathy, and selfless love. They also represent heart, passion, and generosity.

Blue lotus flowers are captivating and hard to find. These flowers are about thought over emotions, referencing the mind. They symbolize wisdom, knowledge, and worldly aspirations.

Lotus flowers in purple are often associated with Buddhism. Another rare color, they primarily represent self-awakening, as well as harmony and balance between different parts of ourselves.

The Meaning Of Lotus Flowers In Buddhism

This belief roots in the fact that lotus flowers emerge from muddy waters. For Buddhists, that means the act of rising above despite challenges and moving towards the light of wisdom.

In Buddhism, the symbolism of a lotus flower also differs depending on its color.

For instance, a blue lotus flower symbolizes a spirit’s victory over knowledge and wisdom. White lotuses signify peace and purity, while red lotuses, much like other red flowers, mean love and compassion. Purple lotus flowers have a deeper meaning as their petals represent important teaching of Buddha called the Noble Eightfold Path.

The pink lotus flower is central to Buddhism. It is regarded as the ‘true lotus’ and the primary color of the flower.

Lotus flowers also have profound meanings in Christianity. Generally, they represent purity and the creation of the universe. While Christians generally do not accept how material things like lotus flowers bear divine properties, the associations between sacred flowers and Jesus have been recognized.

One example is the fact that lotuses rise from the muddy water for three days before it blooms. Another is that these plants’ roots can reach up to 6 ft deep. Plus, the seeds live for a long time and can be resurrected after a period of inactivity. All of these characteristics relate to the crucifixion and resurrection of Jesus Christ.

The lotus flower is a famous symbol in Hinduism. In general, lotus flowers represent spiritual enlightenment, growth, purity, and birth, among many others. The flower symbolizes one’s ability to perform their duty without being influenced by any desire, pleasure, or gain.

In Hinduism, lotus flowers reference the belief that life begins in water. The Hindu tradition believes that Lord Brahma appeared from Lord Vishnu sitting on a lotus plant.

Interestingly, lotus flowers also signify death in Ancient Egypt. The renowned Book of the Dead, an ancient Egyptian text commemorating the dead, includes spells that transform a person into a lotus flower.

The lotus has always been a frequent sight in ancient Egyptian hieroglyphics. It holds a significant place in uniting upper and lower Egypt.

Lotus Flower Meanings in Other Religions and Cultures

Lotus flowers also hold several important meanings and symbolism in other religions and cultures. For example, in Western cultures, these fascinating blooms typically represent the search for the true meaning of life. Because of their nature, they symbolize reincarnation and birth.

The meanings are different in Chinese culture since lotus flowers are perceived as a symbol of femininity and marital happiness.

That is not the case in Japan, where lotus flowers are considered spiritual and enchanting. In Japanese culture, lotus plants represent the purity of the mind and body.

The lotus is also sacred in Jainism. The blue lotus, in particular, symbolizes the 21st Jina, Neminatha.

A lotus flower is a common choice for tattoos related to the flower’s colors or religious associations. Nonetheless, it bears more or less similar meanings. Generally, lotus flowers in tattoos often symbolize rebirth or rising above temptations. They can also mean spiritual awakening, beauty, purity, love, or enlightenment.

Because of their unique and exciting features, lotus flowers have become a popular choice in floral arrangements for many different occasions. Nothing says Get Well Soon, Thank You, or I’m thinking about you better than beautiful, meaningful, and one-of-a-kind flowers like a lotus.

As with any other famed blooms, you can gift cut lotus flowers to anyone on any occasion. They come in various colors, too, so you have plenty of options.

Pick a lotus flower arrangement for celebrating birthdays, anniversaries, a new job or a new home, graduation, a birth or a new baby, and more. You can also use them to decorate your home or office or for events like weddings.

How to Grow Lotus Flowers at Home

Lotus is a hardy aquatic plant that makes a great addition to any space. It is easy to cultivate and care for if you provide it with the right conditions.

To help you get started with growing your lotus plant, here’s a quick-growing guide.

When planting a lotus, pick a deep pot, planter, or container to allow ample space as the plant grows. Any material will do, as long as it measures 3 to 5 ft in width, especially for cultivars that can grow at least 5 ft.

Submerge the hole-free container about 6 to 12 inches below the water’s surface. Avoid using potting soil because it will only float out of the pot. Use dense soil or clay soil instead.

Lotus is a perennial plant that needs 5 to 6 hours of sunlight per day to grow well and produce attractive flowers. Although it can tolerate some shade, it thrives best in a sunny and warm environment. When the light is not sufficient, the plant may have a hard time blooming.

Lotus plants require water temperatures between 75 to 87 degrees. Note that the flowers won’t start blooming early in the season. They often need weeks of hot weather conditions before they start flowering.

Water depth is crucial when growing lotus plants. Thus, keep your plant submerged in relatively still water, with at least 2 to 4 inches of water above the soil. For dwarf cultivars, the ideal water depth is between 2 to 12 inches. It’s best occasionally flush the water to avoid the accumulation of minerals in the water.

Whether it’s slow- or fast-release, or liquid or granules, any kind or form of fertilizers will help lotus plants grow better. But, your best option is an aquatic plant fertilizer.

Be careful not to overfertilize your lotus. Too much fertilizer may burn the leaves of your plant.

Lotus plants are mainly grown for their charming blooms. So, cut lotus flowers are not out of the ordinary. They only last a few hours to a day once picked, making them ideal for short-lived arrangements.

Since the flowers are not long-lasting like other cut flowers, the seed pods also make a great alternative in floral arrangements. They can be used fresh or dried.

Follow these tips to make the most of your cut lotus flowers:

For more, see our in-depth guide to keeping fresh-cut flowers for longer.

What is the meaning of a lotus flower?

Regarded by many cultures as sacred, lotus flowers give various meanings and symbolism. They are called the Flower of Life because of their association with the cycle of life, death, and rebirth.

What does a lotus flower mean spiritually?

What does a lotus flower tattoo symbolize?

Is the lotus lucky?

Lotus flowers are often considered a symbol of good luck and resilience thanks to their ability to thrive and prosper in variable growing environments.

The beauty of a lotus flower goes beyond its aesthetics. It is considered by many cultures and religions as sacred and regarded for its many different meanings. This impressive plant continues to capture anyone’s attention with its enchanting bloom that comes in white, pink, yellow, red, blue, and purple.

Though short-lived, lotus flowers are highly valued as cut flowers for various occasions. Growing it at home is relatively easy, too. Provide it with the right conditions and proper care, and a lotus plant will shower you with its undeniably charming blooms. 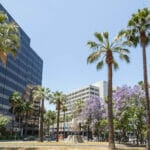