The Periwinkle flower is rich in history, meaning, and symbolism. Periwinkle is a shared name for Catharanthus roseus and species in the Vinca genus. These plants are all grown for medicinal and ornamental purposes around the world. 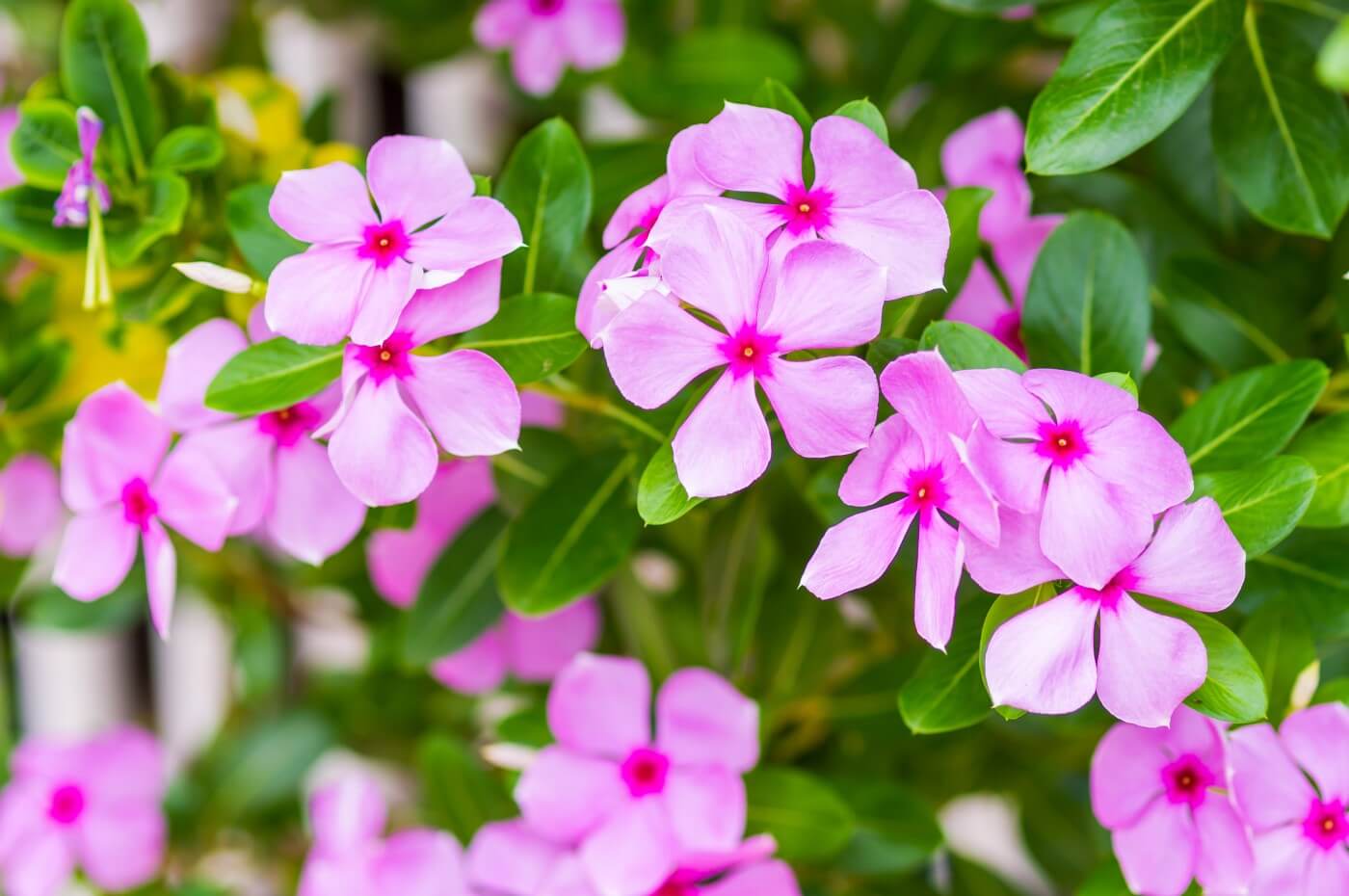 In the language of flowers, periwinkles carry the symbolic meaning of faith, trust, and everlasting love. In Christianity, the Periwinkle flower represents chastity and purity. Some also see it as a symbol of new beginnings or friendships.

Catharanthus and Vinca plants are all members of the Apocynaceae plant family. This family is also known as the dogbane family.

Vinca petals are typically a shade of purple. Madagascar Periwinkle can be purple-pink, white, or light pink with a red center. None of these flowers is known for their scent.

Many different species have become popular under the name Periwinkle. Here’s a list of the popular flowers that share this common moniker.

The etymological meaning of Periwinkle can be linked to the Latin word pervincire, which means to bind or entwine. This connection makes sense given the Periwinkle plant’s vining growth habit.

Where Do Periwinkle Flowers Grow Natively?

Now, Periwinkle flowers of different species grow natively all around the world. For example, the Catharanthus roseus grows natively in Madagascar. On the other hand, Vinca minor grows around the Mediterranean, among other regions.

Periwinkle flowers tend to bloom in the warmer seasons of spring and summer. For instance, Vinca minor blooms in early spring and sometimes has a second blooming cycle during autumn. Catharanthus roseus blooms consistently from summer until the first frost.

Uses and Benefits of Periwinkle Flowers

Usually, Periwinkle flowers are grown for landscaping and ornamental purposes. However, there are several additional benefits to growing these charming species. Here are some ways growers have used Periwinkle flowers throughout history.

This plant is said to have medicinal roots as far back as 2600 BCE in Mesopotamia. Other practices that incorporate the species include Ayurveda and traditional Chinese medicine.

Additionally, the species Vinca minor contains a nootropic agent known as vincamine. This is used as a prescription to treat certain forms of dementia.

Periwinkle flowers look lovely when arranged in a bouquet with other springtime florals. Arrange them with white roses and eucalyptus as a gift for Mother’s day, graduation flowers, or welcoming a new baby.

The Meaning, Symbolism, and Cultural Significance of Periwinkle Flowers

The color you likely associate with Periwinkle flowers is a pale shade of blueish purple. This hue symbolizes a sense of calm or serenity. It can also represent new friendships or fond memories.

In Christianity, the Periwinkle flower is often associated with chastity and purity. It also appears in Christian art depicting the Virgin Mary.

In France, the Periwinkle flower has an interesting nickname: Violette des sorciers. In English, this translates to the Sorcerer’s Violet.

The old English name of Periwinkle flowers was Parwynke. You can find this word in the works of Chaucer and other authors as far back as the early sixteenth century.

Other Periwinkle References Throughout History

The Romans knew Periwinkle by the name Pervinca, and it took similar names throughout history in other cultures. For example, find the word for Periwinkle in this medieval English saying:

“Crowned one with laurel leaves hye on his head set other with pervink made for the giblet.”

Some say this rhyme refers to a ritual where condemned people wore Periwinkle flowers on their heads.

Periwinkle Flowers in Art and Literature

Periwinkle flowers haven’t made many notable appearances in art and literature. However, the purple-blue hue known as periwinkle has stood out in various artistic movements. For example, Claude Monet’s Water Lilies shows how this color captured natural scenes during the impressionist period.

Today, Periwinkle flowers are popular in floral arrangements for events. In fact, they are an especially trendy choice in wedding decor. That’s because these flowers can act as the ‘something blue’ that many brides desire as a part of the age-old wedding tradition.

As you can see, the delicate Periwinkle flower has taken on many meanings dating back hundreds of years. Today, it’s a great flower to give as part of a bouquet or grow for landscaping purposes. Enjoy this species however you’d like, and allow it to symbolize the meaning that feels best to you.

What do Periwinkle flowers symbolize?

Periwinkle flowers symbolize everlasting love, trust, and faith. Some religions have also used the flower to symbolize chastity and purity.

Do Periwinkle flowers come back every year?

No, Periwinkle flowers are considered annuals in most climates. However, in some areas, they can self-seed and grow the following year again.

Periwinkle flowers are not known for their fragrance.

What are Periwinkle flowers used for?

Periwinkle flowers are grown for ornamental and medicinal purposes around the world. Some use the plant to soothe issues like throat soreness and stomach issues. However, keep in mind that this plant is considered toxic to humans and pets.

What pollinators do Periwinkle flowers attract?

Periwinkle flowers attract various types of bees. They may attract some types of butterflies as well.

Are Periwinkle flowers poisonous to humans and animals?

Yes, Vinca plants and especially Catharanthus roseus are poisonous to animals and humans. They may cause issues like stomach issues and nausea if consumed. 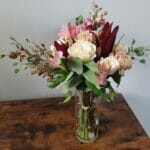 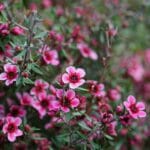