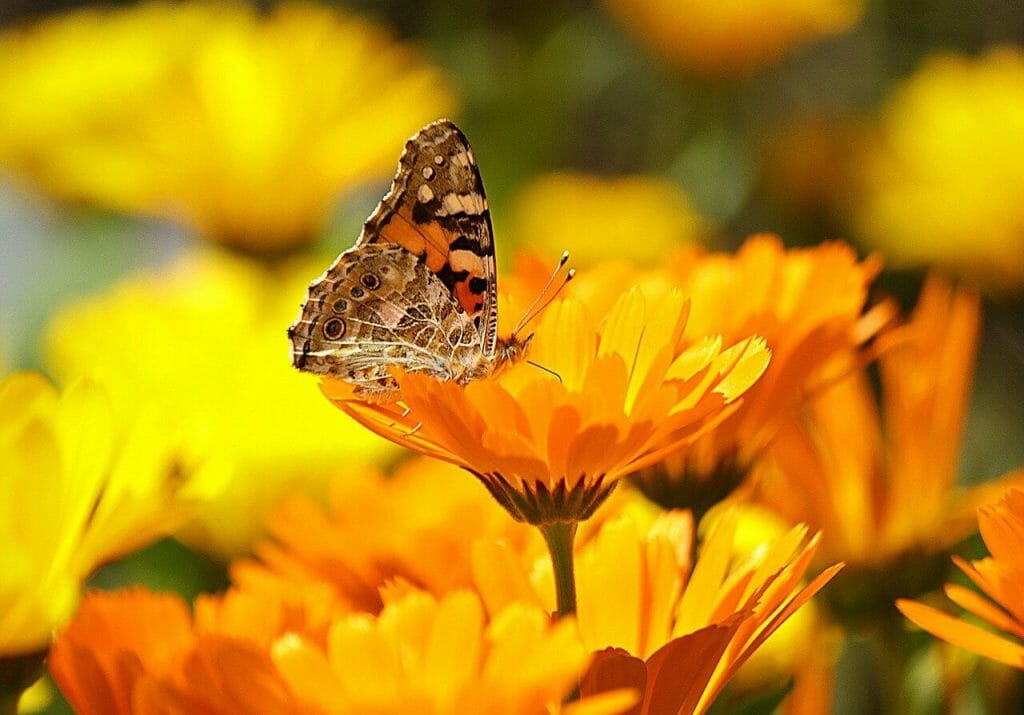 Everything You Need to Know About Marigold Flower Meaning, Symbolism, and Cultural Significance Around the World.

One of the most beloved flowers around the world, marigolds have many uses. They protect the plants growing around them and have medicinal properties that help people too. Of course, we also value marigolds for the vibrant folds of petals that make up their blossoms. What’s more, marigolds grow in just about every place on Earth. Here we’ll take you through everything you need to know about Marigold Meaning, Symbolism, their History, Origins, and Cultural Significance around the world today. Let’s go!

In modern western culture, marigolds symbolize positive emotions and energy. Commonly referred to as the ‘herb of the sun’, we associate the flowers’ fiery yellow, orange, and red hues with the warmth, happiness, joy, optimism, and good luck. Yet, marigold meaning also symbolizes darker emotions such as jealousy, grief, despair, and mourning. Many cultures also associate Marigold flowers with resurrection and the practices of remembrance and honoring the dead.

All About the Marigold Flower

Traditionally planted in spring, marigolds bloom continuously throughout summer and fall. They mostly bloom in a range of yellow, copper, orange, gold, and brassy hues. Though, a handful of varieties sport vibrant red petals. Marigolds have daisy or carnation-shaped blossoms. Their blooms can sprout individually or in clusters above deep-green leaves. Gardeners must replant seeds from these annuals each year, but their abundant blossoms make them well worth the effort.

Marigold is a common name that refers to two different genera of blooming plants from the daisy family (Asteraceae). Marigolds include species of plants from both the genus Calendula and the genus Tagetes. Altogether, about 50 species of flowering plants comprise the two genera, making up the group of flowers we call marigolds.

The native region of Tagetes flowers is well known. They grow naturally in the Southwestern United States, Central America, and South America. The ancient Aztecs from this region actively cultivated marigolds to be used in religious ceremonies and medicinal treatments. Tagetes seeds eventually made their way to Spain and the rest of the world via Spanish explorers in the 1500s.

Given the flower’s common name and two separate genera, marigolds also have an interesting etymological history.

Latin for “little clock,” the name calendula refers to the clock-shaped face of blooming marigolds in the Calendula genus. Tagetes, the other genus of marigolds, gets its name from Tages, a prophet who is recognized for founding the ancient Etruscan religion.

Marigold, the common name for these flowers comes from Marygolde, the conjoining of two words in old English: mary and golde. The gold-colored blooms might have earned this name because they were presented to the Virgin Mary when a person did not have actual gold coins to give as a prayer offering.

Top 5 Uses and Benefits of Marigolds

Marigolds make excellent companion plants in vegetable gardens. Their roots possess innate protective properties that suppress outbreaks of vegetable-hungry nematodes in the soil. Planting them around and throughout your garden will protect neighboring plants from these common pests.

Rabbits don’t like the smell of marigolds. Planting a border of marigolds around your vegetable garden is a safe, eco-friendly way to prevent the bunnies from stealing all your carrots and cabbages.

Marigolds have antiseptic, anti-inflammatory, and antioxidant properties. As a result, marigold extracts can be applied topically to soothe the skin. Marigold has been used to treat rashes, burns, and wounds. Many skincare products contain calendula extract, and a variety of marigold-based products are available.

Although most people – even those with sensitive skin – tolerate topical use of marigold quite well, allergic reactions can still happen. If you’re prone to allergies or have a history of being allergic to marigolds, ragweed, or other plants from the Asteraceae family, you should check with your doctor first.

Since marigolds themselves are varied and have spread to all different parts of the world, marigold flower meanings have become equally varied with respect to their colors and the cultures that incorporate marigold flowers into their traditions. Here are 4 of the most popular marigold colors and what they mean:

Until recently, marigolds that bloom in the red end of the spectrum have been elusive. However, a few intentionally cultivated varieties have achieved this fiery hue. The red marigold’s symbolic history isn’t as long as that of other colors. However, like other red flowers, red marigolds symbolize romantic love.

In the language of flowers, the color orange conveys passion and deep feelings. When paired with cheerful marigolds, orange indicates strong, positive emotions.

Marigolds that aren’t a true red tend to have orange-tipped petals. These marigolds combine the meaning of the two colors to signify passionate feelings of deep love and romance.

The color of the Sun, yellow and golden hues are associated with positive energy, happiness, warmth, joy, and other good feelings. Most varieties of marigolds bloom in this sunny color and can be used to encourage optimism, good luck, and generally happy thoughts.

8 Examples of Marigold Meaning & Symbolism From Around the World

Associated with the Sun and positive energy, marigolds can even symbolize the spiritual power of resurrection. They also have symbolic meanings that connect them to darker ideas like, death, and despair. Dew collects in marigold flower petals overnight, and the flowers often weep in the morning as the moisture drips from the blossoms. As a result, marigolds are sometimes called the flowers of grief.

The symbolic meaning of marigold flowers changes depending on the times, your location, and the culture in which you find yourself.

Marigolds belong to an ancient tradition in Mexico that extends back to the Aztec people who believed the blossoms to be sacred. Today, marigolds play an important role in Dia de los Muertos (Day of the Dead) celebrations. The flowers, which are believed to draw in spirits with their fragrance and bright colors, decorate gravesites, altars, and shrines erected to honor and remember the dead.

In Buddhism, garlands of yellow and golden marigolds are strung together and used as offerings and adornments in temples, at altars, and near statues of the Buddha. Used in conjunction with lotus flowers, marigolds are used to worship Buddha.

In Hinduism, people associate marigolds with the Sun. They symbolize auspiciousness, brightness, and positive energy. They’re also associated with the ideal couple as represented in Hinduism, the Goddess Lakshmi and Lord Vishnu. As a result, marigolds are often used in Hindu marriage celebrations.

Christian traditions strongly associate marigolds (Mary’s gold) with the Virgin Mary. They’re planted in Bible gardens everywhere, and Christians like to think of the golden marigolds growing around the world as Mary’s golden crown surrounding the Earth.

In ancient Egypt and Greece, marigolds symbolized healing and restoration because both ancient cultures valued marigolds for their healing properties. They used them to soothe pain, heal sores, and to treat wounds. They also added them to their foods and drinks for additional flavor and color. Today, marigolds are still prized for their medicinal properties.

In the tradition of Victorian flower language, marigolds were a symbol of grief, despair, and mourning. Similar to the marigold’s part in The Day of the Dead, marigolds were also used as a remembrance flower during the Victorian era.

During the Middle Ages, both men and women carried marigolds in the hope that the flowers would connect them with a new love interest.

Generally, marigold tattoos inked in yellow or orange represent grief, cruelty, or jealousy. However, it’s important to remember that everyone’s story behind their own tattoo will vary and symbolic meaning can change depending on the person’s story or their culture. So, you shouldn’t automatically assume that a marigold tattoo has a negative connotation for every person who chooses to get one.

The official birth flower for October, marigolds make a great gift for celebrating an October birthday or another special October occasion like an anniversary. Whether you give your loved one a cheerful container full of blossoming marigolds or a packet of seeds to plant the following spring, this gift will bring hope, joy, and wishes for good luck.

2. Get Well or Thinking of You

Whether your friend is under the weather or simply going through a difficult time, marigolds make a great pick-me-up. With marigolds, you’ll send your loved one positive energy and let them know they have your support – no matter what sort of challenges they face.

While marigolds hold positive symbolic meanings, they still carry a long history of acting as remembrance flowers. So, they still make an appropriate sympathy gift or tribute to a lost loved one. Whether you’re remembering your loved one on Dia de los Muertos or marking another significant day of their life, marigolds will help you remember the happy times you had and celebrate their life.

You’re guaranteed to find marigolds at a Hindu wedding celebration. These blossoms make a great gift for acknowledging a friend or loved one’s recent nuptials. With their cheerful colors and auspicious symbolic meaning, you can share in their joy and send positive energy for a successful union at the same time.

If you’re falling or have already fallen passionately in love with someone, then you can show your special someone how you feel with red marigolds. Look for the red petals that remind you of your beating heart.

Whether honoring a loved one, celebrating a happy occasion, or enriching prayers with a floral offering, we turn to marigolds and their blossoming faces that shine like the Sun. With so many symbolic meanings and important places in cultural traditions, it’s no wonder that marigolds hold a special place in the hearts of flower-lovers everywhere.

What does Marigold symbolize?

In modern western culture, marigolds symbolize positive emotions and energy. We associate the flowers’ fiery yellow, orange, and red hues with the warmth of the Sun, happiness, joy, optimism, and good luck. Yet, marigolds sometimes symbolize darker emotions such as jealousy, grief, despair, and mourning.

What is Marigold good for?

Marigold flowers are revered for their medicinal properties are frequently used to treat rashes, burns, and wounds. Many skin care products contain calendula extract, and a variety of marigold-based products are available.

Historically, Marigolds in many cultures and religions have been used as a protection to ward of evil spirits and have a deep association with fortune, prosperity, and good luck.

Why is Marigold The flower of the dead?

Marigolds have often been used in floral arrangements in remembrance of those who have passed. It’s believed the colorful blossoms, as well as the scent of the flower, helps guide spirits to the altar during celebrations such as Dia de Los Muertos.

What color are marigolds?

Where do marigolds originate from?

The native region of Tagetes flowers is well known. Marigolds grow naturally in the Southwestern United States, Central America, and South America. The ancient Aztecs from this region actively cultivated marigolds to be used in religious ceremonies and medicinal treatments. Tagetes seeds eventually made their way to Spain and the rest of the world via Spanish explorers in the 1500s.

Can you eat marigold?

Marigold petals are edible and often consumed either fresh or dried in teas, and salads. Marigold petals are safe to ingest, but some taste better than others. If you’re planning to add a dash of marigold to your next dish, you’ll get the best flavor from French marigold, Mexican mint marigold, or gem marigolds. 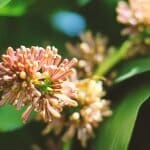 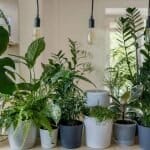