Ultimate Guide To Yellow Flower Meaning and Symbolism Around the World

The History, Origins, and Cultural Significance of Yellow Flowers

When you think of cheerful springtime celebrations and things that can instantly brighten your day, yellow flowers may come to mind. That’s because yellow is seen as a happy color in many parts of the world. But, is that the case everywhere? In this guide, we’re going to take you through everything you need to know about the meaning and symbolism most commonly associated with yellow flowers. We’ll dive into yellow flower meaning, their spiritual symbolism, and cultural significance around the world today.

The Meaning and Symbolism of Yellow Flowers

Yellow flowers carry symbolic meaning dating back to the ancient Mayan civilization. They can symbolize anything from joy to jealousy, hope to disappointment. In some cultures, yellow flowers indicate abundance and even royalty. In other parts of the world, yellow flowers have a different meaning, used to honor loved ones after they have passed.

In the art world, the color yellow has a surprising history. A paint color called Indian yellow is said to have been created from the urine of cows who were fed mango leaves. Artists in the Medieval and Renaissance periods used this paint to convey qualities like cowardice and betrayal.

On the other hand, yellow is seen as cheerful and even fashion-forward in many cultures around the world. In fact, Pantone declared yellow one of the colors of the year in 2021. This move brought the color yellow to the center stage among leading fashion brands.

Despite this color’s joyful connotations, yellow has many different meanings around the world. It represents royalty, wealth, and luck in countries like Thailand, Japan, and Egypt. In both Egypt and Mexico, yellow is commonly used to honor the dead.

Yellow is a very common color when it comes to flowers. From sunflowers to yellow dahlias and daisies, there are yellow flowers growing on every continent on Earth.

In fact, even the Antarctic region has yellow flowers to contribute. The Antarctic pearlwort is one of just two flowering plants native to this area.

Perhaps yellow flowers are so common because two types of flower pigments can make their sunny color. Anthocyanins and carotenoids each produce many different hues in flowering plants. Yet interestingly enough, both can create the color yellow.

The Cultural Significance of Yellow Flowers

Yellow flowers have held many meanings over time and across the globe. In ancient Mayan culture, yellow flowers represented abundance because they had a similar color to corn.

In China, yellow flowers symbolize that which is sacred. What’s more, in Mexico, the Mexican Marigold has a specific role as the flor de los muertos, or the flower of the dead, in the Day of the Dead celebrations.

Yellow flowers have a powerful meaning in Thailand as well. The country’s national flower is the ratchaphruek, or the Cassia fistula, a tree that produces long, golden blooms.

The ratchaphruek flower is considered a symbol of royalty and a potent ingredient in Ayurvedic medicine. It is also a representative flower of the state of Kerala in India and the North Central Province in Sri Lanka.

Yellow Flowers in the 1700s and Victorian Times

In the 18th century, people all around Europe became infatuated with floriography, or the language of flowers. This language assigned a meaning to different flowers, allowing them to convey a secret message when given to another person.

The widespread use of the language of flowers continued into the Victorian era, and the trend saw many yellow blooms take on new meanings. Here are some yellow flowers and their meaning in Victorian floriography.

What do Yellow Flowers Mean Spiritually?

Yellow flowers have a few meanings in religion and spirituality as well. Some Eastern cultures also view yellow flowers as a symbol of spiritual enlightenment.

In Buddhism, the yellow lotus (water lily) represents the joy one feels when letting go of attachment to worldly possessions and outcomes in life. Yellow flowers hold other meanings in Buddhism as well, like spiritual growth and generosity.

Of course, you can find yellow flowers in Christianity as well. One of the gifts brought to Jesus was frankincense, which would have been from the Boswellia sacra tree. This tree produces small yellow flowers and the sap is used to make frankincense resin and perfumes.

Yellow Flowers in Art and Literature

Additionally, yellow flowers have been a popular subject for famous painters around the world.

For example, Vincent Van Gogh did two still-life painting series called Sunflowers. These paintings depicted sunflowers lying on the ground and arranged in vases. He also produced another painting called A Field of Yellow Flowers in his post-impressionist style.

In literature, yellow flowers appear in several well-known books and stories. For example, a ‘light rain of tiny yellow flowers’ falls in Gabriel García Márquez’s One Hundred Years of Solitude.

The Meaning and Symbolism of Yellow Flowers Today

Today, yellow flowers still carry many of the same meanings that they had in years gone past. They are often seen as a symbol of friendship, hope, optimism, or joy.

Flowers like the Mexican Marigold still hold their cultural meaning as well. You’re likely to see this flower lining graves and decorating the exterior of homes during Día de Los Muertos festivities.

The Most Suitable Gifting Occasions and Uses of Yellow Flowers

Now, there are many appropriate gifting occasions for sending yellow flowers to friends, family, or loved ones. They make an excellent choice for a friend’s birthday, Mother’s Day, or celebration of a new baby.

Yellow flowers are also a good option if you know someone needs cheering up. You can send them to a loved one who has been sick to wish them well. You can also bring them along to console someone after a loss or congratulate them on a big accomplishment.

As you know, there are so many popular yellow flowers for gifting or growing in your garden. Let’s take a look at a few great options for any flower arrangement, occasion or event.

Black-eyed Susan, or Rudbeckia, is a North American species with long, golden petals and a round, black center. Many consider this flower a symbol of encouragement or hope, so they make a great gift to lift someone’s spirits.

The Canna Lily, from the genus Canna, is a tropical flowering plant that can be red, orange, or yellow. This flower has a more spiritual meaning, inspiring the recipient to trust in a higher power or the heavens.

Sunflowers are known by the scientific name Helianthus annuus. They are among the most well-known yellow flowers around the world. This beautiful flower is popular for the seeds and oil they produce, as well as its symbolism of abundance and loyalty.

The Daisy flower, of the family Asteraceae, has five petals and comes in a variety of colors, including yellow. Daisies are delicate flowers that represent innocence or a free spirit, so they’d make a great just-because gift for a friend.

Lantana is a unique-looking flowering plant in the verbena family. The flower grows in clusters, with vibrant colors ranging from golden yellow to red and deep orange.

Coreopsis is a flowering plant genus that grows in yellow and yellow-and-red bi-color varieties. This flower exudes cheer, making it a great choice to send in a bouquet to say thank you or congratulations.

Jonquils, or Daffodil narcissus, is a bright yellow flower from the genus Narcissus. They have an intoxicating aroma, similar to jasmine, and look delightful when arranged in a vase. They are also the March birthday flower.

St. John’s Wort, or Hypericum perforatum, is a flowering plant with five yellow petals that was used for centuries in traditional medicine. Today, it is still promoted by some herbalists for various mental health conditions.

The Hibiscus rosa-sinensis is a tropical flowering plant that can be yellow, purple, red, pink, orange, or peach. This plant grows primarily for ornamental purposes and is known as the national flower of Malaysia.

Primroses come from the genus Oenothera, sometimes known as Suncups or Sundrops, for their bright yellow color. This flowering plant is a popular choice in landscaping and gardening. It is especially prominent in the southwestern United States.

With so many varieties of yellow flowers, it’s hard not to find a favorite species to grow in your garden. Add a bit of cheer to your landscaping, or consider giving yellow flowers as a gift for a friend. No matter what, you’re sure to find a yellow flower that perfectly fits the occasion.

What do flower colors symbolize?

What is the meaning and symbolism of yellow flowers?

Yellow flowers symbolize anything from joy to jealousy, hope to disappointment. In some cultures, yellow flowers indicate abundance and even royalty. In other parts of the world, yellow flowers are used to honor loved ones after they have passed.

What are yellow flowers used for?

Yellow flowers are a common addition in floral arrangements and ornamental gardens. Today, yellow flowers primarily symbolize cheerful and joyous sentiments and are used for celebratory occasions and messages of friendship.

What do yellow flowers mean spiritually?

In Buddhism, the yellow lotus represents the joy one feels when letting go of attachment to worldly possessions and outcomes in life. Yellow flowers hold other meanings in Buddhism as well, like spiritual growth and generosity.

What does yellow flower mean in love?

In the language of flowers, a yellow rose was traditionally a sign of unrequited love. Additionally, yellow flowers were symbolic of a love fading or passing by.

Yellow flowers in most cultures around the world carry positive symbolic meanings of good luck. In Russia, however, yellow flowers are often considered a symbol of deception and sorrow. Some cultures also associate the color yellow with bad luck and traditionally would avoid the color during important occasions or events. 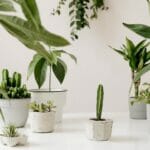