People meditate with them, pray with them, color them, hang them on their walls, and wear them on their t-shirts. Mandalas are certainly beautiful and beloved. Here we’ll take you through everything you need to know about mandala flower meaning and symbolism, their history and origins, uses and benefits, and cultural significance around the world today.

The flower of life mandala symbolizes the cycle of life and creation, coming from one source represented by the single, central circle. Mandalas featuring other flowers have different meanings. Depending on the type of flower, they can symbolize balance, enlightenment, choices, timing, and more.

What Is a Mandala?

Mandala is the Sanskrit word for circle. Usually circular in form, a mandala is a geometric arrangement of different shapes, patterns, and designs around a central point.

Mandalas have spiritual significance in several cultures around the world and are even used in secular practices as a tool to aid in self-discovery.

What Is a Flower Mandala?

A flower mandala is a mandala that incorporates a floral motif into its design. Flower mandalas can be arranged around one central flower, use several flowers in the design, and even incorporate more than one type of flower.

Where Do Mandala Flowers Originate From?

Mandalas and mandala designs incorporating flowers, like the flower of life, are thought to have first originated in the 4th century in places including India, Nepal, Tibet, Japan, China, Bhutan, and Indonesia as a part of Buddhist and Hindu practices.

However, some also believe that these designs might have also originated in Northern Africa or Mesopotamia. With the design being central to several cultures, it’s possible mandalas sprung up in cultures almost simultaneously all over the world.

What Is the Role of Sacred Geometry in Mandala Flowers?

Sacred geometry assigns special meanings to certain shapes and proportions, making them both sacred and symbolic.

In flower mandalas, circle geometry, radii, and reflective and rotational symmetry are used to create sacred symbolism in the art. This geometry can represent a variety of sacred meanings, but most commonly is used to represent the universe, creation, life, and our place in it.

What Is the Role of the ‘Flower of Life’ in Mandalas?

In mandalas, the flower of life is a special flower mandala that doesn’t represent any real flower that blooms in nature. Instead, it’s a stylized flower made up of repeated circles that move outward from the center.

As its circles radiate outward from a single central circle, the flower of life mandala represents the single origin of the universe, life, and all of creation.

How Are Flower Mandalas Traditionally Made?

To draw a mandala, it’s best to start with some basic supplies: a pencil or chalk, a ruler, a compass, and a protractor. If you don’t have a compass and protractor, you can eyeball your design, but the symmetry won’t be quite as sharp.

You can then begin filling each slice of your pie-shaped mandala with flowers, petals, or other shapes. Just be sure you keep everything symmetrical to create spiritual balance and draw the eye to the center.

Where Do You Commonly See Flower Mandalas?

The most traditional places to see flower mandalas are inside Buddhist temples and in Buddhist and Hindu artwork.

Today, however, flower mandalas have become more popular around the world and in a variety of meditation practices. As a result, they can be found just about everywhere. You’ll likely find mandalas represented in new-age artwork and on decorative textiles. Flower mandalas can even be found in coloring books designed for meditation and relaxation.

How Are Mandala Flowers Used?

In meditation, a practitioner focuses on a mandala flower. With its circular, symmetrical shape, the mandala directs the practitioner’s attention and focus to the center. This also helps to center the individual’s energy and calm the mind.

The Meaning, Symbolism, and Cultural Significance of Mandala Flowers

In Hinduism, mandalas are known as yantra. These are mystical diagrams typically feature a square with a circular mandala in the center. They are used in Hindu tantric practice and for the worship of deities.

Mandalas permeate Buddhist traditions. In different branches of Buddhism, mandalas have slightly different symbolic meanings and uses. However, mandalas are generally used as an aid in practicing meditation, and they are also sometimes given as offerings.

Although mandalas are traditionally an eastern art form, they can be observed in western cultures as well. Mandalas have appeared in Christian artwork throughout the ages. Some examples include the mosaic-like pavements at Westminster Abbey, the Illuminations of Saint Hildegard, and the Sigillum Dei (Seal of God).

Thanks to Google Earth, five enormous mandalas in the Manipur Valley of India were discovered. The largest of these ancient structures covers about 225,000 square meters.

The flower of life mandala appears in artwork at Abydos a cult center for worshipping Osiris, the god of the underworld.

Additionally, the Sun Stone is thought to have religious, geographical, and political significance placing Tonatiuh (the Aztec Sun god) and Tenochtitlan at the center of the four cardinal directions.

Mandalas are an art form in their own right. They appear in several different forms including drawings, paintings, carvings, tapestries, mosaics, and sculptures.

They even come in the form of sand mandalas that are made from dyed sand that’s poured into intricate patterns that can eventually be blown away with the gentlest of breezes. These mandalas not only represent life, the universe, and our connection to it but also the transient nature of everything.

While mandalas are referenced in story and religious texts, they’re also used to actually study and understand literature. Mandalas can be their own form of literary criticism when the physical form is used to analyze or critique a literary text, placing characters at the center and outward radiating themes, actions, and plot points around.

Additionally, some great works of literature have even been studied as literary mandalas themselves.

In architecture, mandalas are most commonly seen in the layout of Buddhist temples. The floor plans often include central stupas surrounded by concentric, outward moving circles.

In evolutionary studies, biologists use phylogenetic mandalas to visually represent evolutionary families. These mandalas sometimes take a traditional circular form, and other times they resemble trees.

Psychologist Carl Jung is largely credited for introducing the mandala into Western thought through his research on the unconscious through art. He believed that mandalas and the urge to create them were associated with an unconscious urge to balance the self while navigating life changes and personal growth.

Sometime between the 4th and 2nd centuries B.C.E., the Indian author Chanakya devised the Rajmandala, a mandala designed to represent the circles of enemy states and friendly states surrounding the king.

This concept has since been applied as shown by the tendency to refer to certain Southeast Asian states as mandalas, instead. Due to the nature of the state or mandala being more defined by its center and that which surrounds the center than any well-defined outer borders.

The Meaning of Flower Mandala Tattoos

Due to the highly personal nature of tattoos and the individual’s decision and reasoning to get one, the symbolic significance of mandala tattoos varies from person to person.

Generally, however, the significance of mandala tattoos comes from the symbolic meanings of a symmetrical circle: balance, harmony, peace, wholeness, and eternity.

The Significance of Color in Mandala Flowers

While each type of flower has its own symbolic meanings, the colors in which flower mandalas are represented are also significant.

Red begonias symbolize passion, romance, and love. Red begonia mandalas symbolize harmony and should help you improve the balance in your life.

On their own, white roses symbolize purity, sympathy, and spirituality. In mandalas, white roses represent spiritual awakening. When used for meditation, a white rose mandala should help you reach a higher level of consciousness.

Pink dahlias represent kindness, service, beauty, love, and femininity. In mandalas, they symbolize self-love and can help enhance this quality through meditation.

Orange marigolds have a history of representing both passion and positive energy in addition to grief and mourning. Orange marigold mandalas represent timing. Meditating on one should help you improve yours and identify the right moments to act and not to act.

Dandelions symbolize love, happiness, and hope. Dandelion head mandalas represent courage and bravery – just like lions. They can be useful in meditation when you feel hesitant, scared, or worried.

What does the flower mandala symbolize?

The flower of life mandala symbolizes the cycle of life and creation, coming from one source represented by the single circle in the center of the mandala.

Do mandalas have different meanings?

Flower mandalas have different meanings. Depending on the type of flower depicted, they can symbolize rebirth, enlightenment, balance, self-love, spirituality, and growth.

What is a mandala pattern?

A mandala pattern is a circular, symmetrical geometric design.

Mandala is the Sanskrit word for circle, and these designs are usually circular. Although they might feature other shapes within them, the overall shape of a mandala is a circle.

Mandalas are a spiritual tool that originated in Buddhism and Hinduism. Today, they’re used in meditation practices around the world. They’re often associated with religious themes like spiritual growth, rebirth, and enlightenment.

Why are mandalas important?

Mandalas have spiritual significance in several cultures around the world and are even used in secular practices as a tool to aid in self-discovery.

Whether you use mandalas for meditation to create balance in your life or simply appreciate them as a wondrous form of art, there’s no denying that mandalas offer everyone beauty both inside and out. 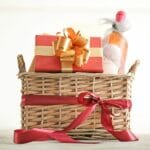 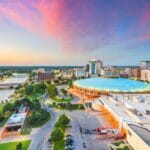