Everything You Need to Know About Deadly Nightshade

Atropa belladonna or deadly nightshade has a long, colorful history. This perennial herb has long been used (and misused) for its medicinal, toxic, and hallucinogenic properties. All parts of the plant contain powerful alkaloids, which cause intoxication, delirium, and even death. With a name that nods to the three Fates in Greek mythology and the Italian phrase for “beautiful lady,” belladonna plays a role in multiple cultural and medical traditions, as well as folklore. Here we’ll take you through everything you need to know about Deadly Nightshade’s meaning and symbolism, its history and origins, uses and toxicity, and cultural significance around the world.

Atropa belladonna, or deadly nightshade, holds rich symbolism. In the language of flowers, belladonna’s purple flowers stood for silence or falsehood. To the Victorians, a gift of belladonna might be interpreted as a warning, a symbol of death, or a meditation on the nature of good and evil.

Deadly nightshade belongs to the Atropa genus. Also commonly known as dwale, death cherries, and devil’s berries, belladonna is a member of the Solanaceae, or nightshade, family.

Solanaceae contains about 2,700 species across 98 genera. This family also includes plants such as tomatoes, potatoes, tobacco, eggplants, and peppers.

Belladonna is a perennial herb. It has long, thin branches with red sap and simple, alternate foliage.

Deadly nightshade is endemic in regions stretching from southern and central Europe, through the Middle East and parts of Asia. Thanks to its long use in folk medicine and as a cosmetic ingredient, it’s been cultivated and spread for thousands of years. Today, belladonna is naturalized in many parts of the world, from North America through the Middle East.

Belladonna’s scientific name stems to 1753, when Linnaeus first formally named the plant with a nod to its toxic nature, as well as its cultural roles. Atropa comes from the Greek myth of the Three Fates, who govern the thread of the human lifespan. Clotho spins the thread, Lachesis measures the length, and Atropos — which means “inexorable” or “inflexible” — severs the thread of life.

“Belladonna” comes from the Italian phrase for “beautiful woman.” During the 16th century, Italian courtesans would use drops of deadly nightshade to dilate their pupils and enhance their beauty.

What Regions are Deadly Nightshade Flowers Native To?

A. belladonna is native to Eurasia. It’s found in Southern, Central, and Eastern Europe, North Africa, and regions of the Middle East, including the Caucuses, Iran, and Turkey.

When is Deadly Nightshade in Season?

In a temperate climate, deadly nightshade blooms from June to September.

How Poisonous is Deadly Nightshade?

Deadly nightshade is extremely toxic to humans, dogs, cats, and some livestock. All parts of the plant are poisonous; simply touching the plant can cause skin irritation.

Belladonna contains the tropane alkaloids atropine, hyocyamine and scopolamine. These compounds affect the functioning of the body’s nervous system, causing intoxication, hallucination, delirium, and even death. Roots contain the highest concentration of alkaloids.

Ingesting even small amounts of the plant can be fatal for humans or animals. Even eating honey that contains atropine can cause health problems.

Belladonna berries are especially dangerous, as they are attractive, have a sweet taste, and are easily mistaken for other fruits. Eating just a few berries can sicken or kill a child.

Despite its toxic nature, deadly nightshade has a long history of medicinal use. Early herbalists believed that witches used belladonna to facilitate flight, and used the plant in pain-relieving salves.

In 1500s Europe, healers used deadly nightshade (then called “dwale”) to put patients to sleep while performing surgeries and cauterizations. Leaves were soaked in wine vinegar and placed on the patients’ head.

Today, modern medicine utilizes the alkaloids found in belladonna. When used by a qualified practitioner, A. belldonna may be used to treat:

Eye doctors may use belladonna drops to aid in pupil dilation for exams. It’s also been used as an antidote for poison.

In the language of flowers, deadly nightshade’s purple flowers symbolized silence or falsehood. The Victorians might interpret a gift of belladonna as a warning, or as a symbol of death.

Some even used the belladonna flower as a meditation on the nature of good and evil. While the deadly nightshade is indeed deadly, other plants in the nightshade (Solaraceae) family, such as potatoes, are benign food sources. This sets up an easy metaphor to contemplate good and evil.

The Cultural Significance of Deadly Nightshade

A. belladonna has a long, colorful, and occasionally gruesome history. It’s long been used as a weapon and a poison; Early humans made poison from belladonna and applied it to the tips of their arrows.

Several Roman emperors met their demise thanks to this plant. The wives of Augustus and Claudius used atropine to kill their husbands. Roman armies used belladonna to contaminate their foes’ food stores.

The Romans weren’t the only ones to use belladonna against their enemies. As Shakespeare wrote in Macbeth, the Scottish army used belladonna to knock out the Danish army, then murdered them as they slept.

In medieval Europe, the plant was associated with witchcraft and the devil, hence the name “devil’s cherries.” But during the Renaissance, belladonna became linked to beauty, as Venetian women would drop plant extracts in their eyes to dilate their pupils. Carpathian women would carry a nightshade root on their head to enhance their attractiveness.

Atropine was used as an antidote to poisonous gas in World War II. Atropine often figures in novels and movies about assassins and spy craft.

Deadly nightshade has long played a role in human history, whether for its medicinal uses or as a deadly toxin. Named for both the Greek Fates and feminine beauty, A. belladonna is both lovely and dangerous. Given the plant’s unique cultural role, it’s easy to see why the language of flowers incorporated deadly nightshade as a symbol of silence, falsehood and warning.

Why are Nightshades poisonous?

All parts of the deadly nightshade plant, from roots to berries, contain chemical compounds known as alkaloids. These alkaloids affect the functioning of the nervous system and can result in intoxication, delirium, hallucinations, and death if ingested.

What does Nightshade symbolize?

In the language of flowers, nightshade symbolizes silence or falsehood. A Victorian may interpret a gift of belladonna as a warning, a sign of death, or a meditation on the nature of good and evil.

Deadly nightshade is a perennial plant that grows up to five feet tall. It blooms with purple, trumpet-shaped flowers, followed by shiny black berries.

Where does deadly nightshade grow?

Deadline nightshade is native to regions of Europe, North Africa, and the Middle East, but it has naturalized across temperate zones around the world. In the wild, it grows in woodlands and scrubby areas but is rarely cultivated in landscapes, thanks to its highly toxic nature.

A. belladonna is generally not classified as a problematic invasive plant in North America. However, it is considered invasive in some regions of Europe, including Ireland and Norway. 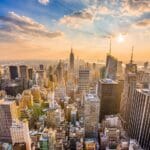 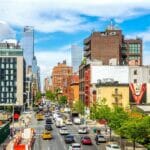