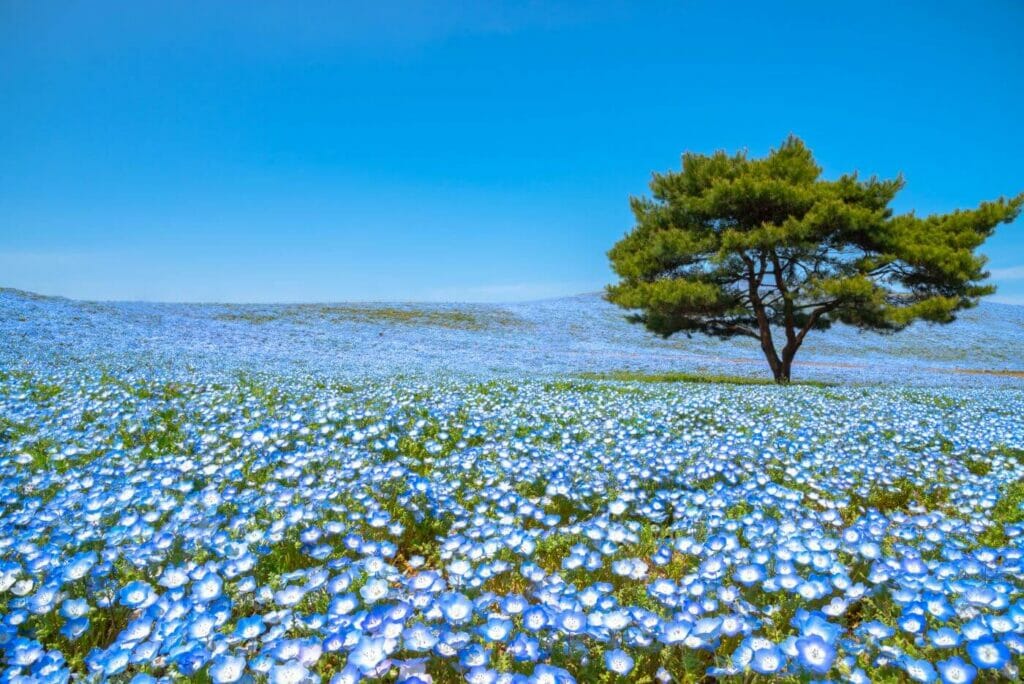 Everything You Need to Know About the History, Origins, and Cultural Significance of Blue Flowers

The color blue has long been associated with feelings of peace, serenity, and calm, perhaps due to obvious connections to the sky and water. As the rarest flower color, blue also often means trust, safety, intimacy, and openness. Across cultures and time, blue blossoms have featured in mythology, literature, and art, often standing as a symbol of inspiration, mystery, and, sometimes, sympathy. Here we’ll take you through everything you need to know about the rich history and origins of blue flowers and their meaning and symbolism in the world today.

The Meaning & Symbolism of Blue Flowers

Across eras and cultures, blue flowers have long carried the symbolic meaning of serenity, calmness, and peace, thanks to associations with the sky and the water. Historically, rare blue blossoms have also symbolized intimacy, safety, trust, and openness. In some cultures, blue stands for mystery, inspiration, and sympathy.

The color blue has long played a prominent role in mythology, literature and artistic traditions around the world, perhaps due to its association with the sky and water. The symbolism and meaning attached to the color blue differs from culture to culture. From serenity and tranquility, to safety and masculinity, and from inspiration and hope to depression and sympathy, blue has multiple meanings across cultures since ancient times.

Scientific research into the evolution of sight reveals that humans probably first started making blue pigment about 4,000 BC. Though cave paintings date to about 20,000 years ago, none contain blue pigment, probably due to the lack of available blue colorants in plants, rocks, and other natural materials.

The Color Blue in Ancient Egypt

Egyptians are thought to have developed blue pigment using lapis stone in about 2200 BC. Known as cuprorivaite, the pigment was used in glazes that decorated the tombs of pharaohs, ceramics and statues. Over time, they combined lapis with other minerals, such as limestone, silica and copper, to create a spectrum of blue shades.

The rare nature of the ingredients needed to create blue meant the color was reserved for the rich, royal and elites. This may have also caused blue to be associated with divinity, as it is in several Eastern cultures. In fact, no written languages mention blue until about 4,500 years ago, pointing to the color’s rarity.

This gap in languages caught the attention of a 19th century British researcher, who noticed that Homer’s Odyssey described colors in a strange manner. Homer described honey as “green,” iron as “violet” and, famously, wrote of the “wine-red” sea, rather than the blue sea.

Even descriptions of rainbows omit the color blue. Though they had no word for blue in their languages, historical records indicate that ancient Greeks and Romans had quite a few associations for the color blue. To them, blue meant their barbaric enemies the Celts, who painted their bodies with blue pigments in war, and women with blue eyes were thought to be immoral.

Over time, albeit slowly, blue dyes spread throughout the world, eventually reaching beyond Egypt and Roman Empire to Europe, Asia and Mesoamerica. Early Europeans created blue dye using the leaves of a flowering plant called woad. These pigments were so expensive that only the nobility could afford them. Blue clothing was a status symbol, as evidenced in illuminations from the time showing kings wearing blue silk robes.

The Color Blue in Art and Literature

The expense of pigments meant painters only used blue for the most important — i.e. holy — subjects. During the Renaissance, this meant the Virgin Mary. In the art of this time, she’s often depicted wearing blue. The color became associated with divinity, purity and humility. The color was so expensive, it’s said that Dutch artist Johannes Vermeer sent his family into debt to purchase it.

In China, blue pigment was highly prized for its use in porcelain. Starting in the 9th century, “blue and white ware” was produced at great cost, and eventually sold to rich patrons around the world. Cobalt from the Middle East was used to produce the ceramics; at the time, cobalt was worth more than gold.

Blue pigment remained out of reach for all but the rich for many centuries. In the 1500s, though, a blue dye called “indigo” was cheaply made from the Indigofera tinctoria plant. Finally, the color was accessible to all.

The Cultural Significance of the Color Blue Today

Today, blue is ubiquitous. It’s one of the most, if not the most, popular colors used in marketing and advertising. Blue can be found everywhere, from sports teams to company logos, official uniforms to flags and government symbols. But it doesn’t mean the same thing in every culture.

In Europe and the U.S., polls show blue is the “favorite” color of both men and women. In Western cultures, blue is most commonly associated with a range of symbols, some seemingly contradictory:

In some parts of Asia, blue also represents masculinity and is used to announce the birth of a baby boy. In China, though, blue represents femininity. In some Eastern cultures, blue symbolizes heaven, immortality, and spirituality.

In parts of the Middle East, blue also symbolizes heaven and spirituality. It may also stand for safety and security. In Judaism, blue is tied to holiness.

Latin American cultures tend to associate blue with divinity and purity. In these majority Catholic countries, blue is closely tied to the Virgin Mary. Here, blue may also stand for wealth, hope, and good health.

Blue flowers are among the rarest colors of blossoms. Though botanists have hybridized blue varieties, blue flowers count for a fraction of color variants compared to the likes of pink or purple flowers.

Most naturally occurring blue flowers grow in the world’s temperate zones, or climate conditions that fall within USDA zones 4 to 8.

Flower colors are determined by a plant’s pigments. There are three types of chemical compounds found in plant pigments: anthocyanins, carotenoids, and betalains. These compounds are responsible for colors ranging from orange and red to purple and blue. Other factors come into play, as well, such as soil acidity and cell shape.

The Cultural Significance of Blue Flowers in Ancient Egypt, Greece and Rome

To the ancient Egyptians, blue flowers were considered sacred. The blue water lily, also known as the blue lotus, played a special role. This bloom is featured on pillars, alters, and arches of many temples. In Egyptian mythology, this flower symbolized rebirth and the sun.

Blue water lilies played a role in religious rituals, as well. When ingested, the flower contains alkaloids that cause euphoria and hallucinations.

The ancient Greeks held several blue flowers in high regard. Monkshood or wolfsbane was applied to the tips of arrows and used to slay wolves that threatened flocks. The flower is featured in Ovid’s myths.

Blue iris were gathered by the goddess Persephone and her nymphs and served as the namesake of the goddess Iris. Blue delphinium features in several myths and was sacred to the god Apollo.

The ancient Romans treasured the blue borage flower. Pliny the Elder named it Euphrosinum, or merriment, and believed it cured depression.

Blue Flower Meaning in the 1700s and Victorian Times

During the Romanticism period, the blue flower was the central symbol of inspiration. When gifted or used as an artistic motif, it stood for hope, beauty, and a striving for the unreachable or infinite.

What do Blue Flowers Mean Spiritually?

To Hindus, blue is the color of Krishna. Blue flowers symbolize the divine, as well as joy and love.

In Judaism, blue hyacinths stand for constancy and sincerity. Blue roses stand for the impossible.

For Buddhists, the blue lotus symbolizes intelligence, wisdom, knowledge, and the dominance of spirit over the senses. It’s often depicted as a partly opened bud.

To Catholics, blue flowers are often associated with the Virgin Mary. Blue columbines are used in art to represent the Virgin’s sorrow in childbirth and connections with the Holy Spirit.

Blue flowers feature prominently in the art and literature of the Romantic movement and beyond. Van Gogh famously painted blue flowers in Still Life with Irises.

Goethe wrote of a search for the “original plant,” and, in his autobiography, C.S. Lewis used a blue flower to symbolize the feelings of longing caused by beauty. Tennessee Williams’ play The Glass Menagerie uses blue roses to stand for fragility.

Today, blue flowers symbolize a range of meanings and messages, depending on the species. This flexibility makes blue blossoms an ideal addition to floral gifts for a range of occasions.

They’re also popular for wedding bouquets and centerpieces. Blue may also be associated with sympathy.

Though blue flowers are rather rare in nature, they’re a wonderful choice for floral giving and the home garden. Among the most popular species are:

This lovely spring flower blooms in a range of blue shades, from the palest baby blue to the deepest navy blue to almost black. When given as a gift, blue irises symbolize love and deep trust.

The delphinium gets its name from the dolphin-like shape of its blossoms. This stunning spike of blue flowers may symbolize strong attachment, new opportunities and expansion, and has a positive connotation when given as a gift.

Hydrangea’s gorgeous blue color and dramatic round shape make them a perfect addition to wedding bouquets and arrangements; it’s also the flower of the fourth anniversary. Ironically, to the Victorians, hydrangea symbolized having a hard time finding a suitor, but to the Japanese, hydrangea symbolizes forgiveness and honest intent.

With their beautiful bell-shaped clusters of blossoms, bluebells are associated with undying love and gratitude. Their sweet, delicate fragrance make them a welcome addition to floral gifts.

Not only are morning glory the official flower for those born in September, they also symbolize a pure, strong heart. These vining flowers come in a range of blues, from soft and pale to strong and deep.

Lungwort or pulmonaria stand for joy, devotion and admiration. A gift of these bright, funnel-shaped blooms says “you are my life.”

The bold, bright blue poppy has an equally bold meaning: Success, luxury and imagination. Use blue poppies to commemorate an important event or key achievements.

This bright blue flower was prized by the ancient Egyptians as a source of oil. Flax flowers are short-lived but beautiful, it’s the national flower of Belarus.

In the language of flowers, sweet pea stands for blissful goodbyes and delicate pleasures. Either way, a gift of sweet peas offer a lovely scent along with delicate blooms.

Throughout history, the color blue has played an important role in mythology, religion, and popular culture. With meanings that range from inspiration to security, joy to wisdom and the divine, blue blooms run the symbolic gamut. Blue flowers make a perfect gift for so many occasions, from a special romantic date to an important anniversary, a get-well gift to congratulations for a job well done.

What do flower colors symbolize?

What is the meaning and symbolism of blue flowers?

What are blue flowers used for?

What does the blue rose symbolize?

The blue rose represents mystery and is often used as a way to tell someone that they’re unique and extraordinary. 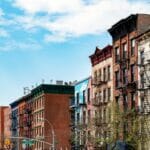 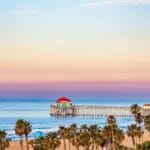