The Meaning, Symbolism, and Cultural Significance of Craspedia Flowers

Craspedia flowers, commonly called billy buttons, are a favorite blossom for adorning weddings, “get well” bouquets, gardens, and dried floral designs. With their cheerful yellow blooms, sturdy stalks, and button-shaped flower heads, they can be used beautifully in a variety of settings. Plus, their positive symbolic meaning is an added bonus. This guide will take you through everything you need to know about Craspedia flower meaning and symbolism in the language of flowers.

The Symbolic Meaning of Craspedia Flowers – The Essentials

Craspedia is a genus that contains 27 accepted species of flowering plants. The genus belongs to the Asteraceae (aster/daisy/composite/sunflower) plant family. Flowers of this species are commonly referred to as billy buttons, woollyheads, or drumsticks.

Craspedias are herbaceous plants that form rosettes of foliage. They can grow to be about four feet tall.

Craspedia leaves sometimes feature tiny, wooly hairs and are sometimes bare. The flowers are produced on leafless and slender, yet strong, stalks. The flower heads are either spherical or hemispherical clumps of tiny flowers. That look like fuzzy heads or buttons – hence the common names.

Craspedia flowers naturally blossom in shades of yellow, but they can be (and often are) tinted with different colors for decorative purposes.

History and Origins of Craspedia

Craspedia are native to Australia and New Zealand. The genus has two centers of diversity. One is located in Kosciuszko National Park in Australia, and the other is located in the northwestern part of New Zealand’s South Island.

The Craspedia genus was officially named, described, and classified in 1786 by Johann George Adam Forster, who had traveled around the world with Captain James Cook.

The genus name Craspedia comes from the Greek word kraspedon which translates to hem, edge, or border. The name refers to the fuzzy leaf borders found on certain species.

Uses and Benefits of Craspedia

Craspedia is primarily an ornamental flower planted in personal gardens and is widely popular in floriculture, where it is cultivated to be used and sold as cut flowers, dried flowers, and for floral arrangements.

When growing in gardens, Craspedia flowers are a powerful attractant for pollinators, including bees, butterflies, and hummingbirds.

The Meaning, Symbolism, and Cultural Significance of Craspedia Flowers

Naturally, Craspedia flowers only bloom in yellow. However, many growers and florists dye Craspedia flowers to create artificial colors of this favorite bloom. As a result, they are available in a whole rainbow of colors, shades, and tints, and each hue carries its own special symbolic meaning in addition to the flower’s traditional meaning.

Yellow symbolizes joy, happiness, positivity, and the spreading of these feelings. It also symbolizes friendship.

In the language of flowers, red most commonly symbolizes romantic love or true love. It is also associated with respect, courage, and desire.

In the language of flowers, reds, and pinks are typically associated with feelings of affection. The deeper the color, the stronger the feeling. Pink tends to represent gentle admiration, in addition to femininity, gratitude, and departure.

Purple is strongly associated with royalty and nobility. It also symbolizes ambition, power, and luxury.

Blue symbolizes love, desire, inspiration, and striving for the impossible.

White symbolizes purity and innocence in addition to mourning and sympathy.

While Craspedia flowers always carry their original symbolic meaning of good health, the color of Craspedia that you choose for your bouquets, corsages, boutonnieres, flower crowns, or dried floral arrangements can carry their own meanings and affect the overall sentiment of your floral design.

Over the past decades, Craspedia flowers have become a mainstay for wedding celebrations. They are featured across ceremonies with an artful presence on engagement announcements and wedding invitations and a physical presence in wedding flowers.

They are a popular choice for men’s boutonniere designs and are also commonly found in bridal and bridesmaid bouquets, flower crowns, floral centerpieces, and more.

Good health is always a great wish for a new couple, and Craspedia flowers are also cheerful and bright. With their compact profile and not entirely feminine look, they’re perfect for celebrating the bride and groom in various arrangements.

Craspedia in Art and Design

Thanks to their cheerful yet minimalistic appearance, Craspedia flowers are a popular subject of art and design. They are commonly featured in paintings, photographs, and on textiles.

With their primary symbolic meaning representing good health, Craspedia flowers are by far the best flowers for giving “get well” floral bouquets with wishes for a speedy recovery from an illness, injury, or surgery. While they’re available in various dyed colors, their natural yellow blossoms also do well in “get well” floral arrangements since the color yellow delivers cheerfulness, optimism, and feelings of friendship.

While they are highly appropriate for “get well” gifts, Craspedia flowers are also suitable in floral arrangements celebrating other happy occasions. Good health is always a positive wish for any recipient, making Craspedia flowers an excellent choice for celebrating a birthday, promotion, holiday, Mother’s Day, Father’s Day, or any other special day or occasion during the year.

With their modern symbolic connotation, Craspedia can also be included in romantic gifts. You can tell your recipient that they light up your life or light up your world with a bouquet of Craspedia flowers. So, they are an excellent addition to an anniversary bouquet or, of course, flowers for celebrating a marriage.

What Do Craspedia Flowers Symbolize?

Craspedia flowers are a symbol of good health.

Although the most common and traditional symbolic meaning of Craspedia flowers is good health, they have been associated with communicating the message, “You light up my life,” to a recipient. This message can be related to feelings of love, affection, appreciation, and admiration.

Do Craspedia Flowers Come Back Every Year?

All species of Craspedia flowers are perennials, meaning they come back every year, except one species, Craspedia haplorrhiza, which is an annual.

How Long Do Craspedia Flowers Last?

When growing in a garden, Craspedia plants typically stay in bloom throughout the summer. Cut Craspedia flowers generally last for about seven days. Still, they can last for up to 10 days after harvest with regular water changes and additional measures taken to extend their life.

Craspedia flowers are not safe for humans or pets to ingest.

Whether you grow them in your garden, send them to an ill friend, dry them to make a cheerful wreath for your front door, or include them in the flowers for your wedding celebration, craspedia flowers will spread happiness, beauty, and wishes for good health everywhere you grow and display them. 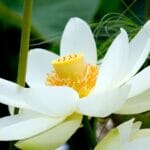