White Rose Meaning in the Language of Flowers

The Meaning, Symbolism, and Cultural Significance of White Roses

There’s no denying that the rose is one of the world’s most popular flowers. But what about the different colors of roses? While red and pink roses often take the stage, the white rose is also steeped in symbolic value to many people. Over the years, these beautiful flowers have developed unique meanings in various cultures, religions, and places. Keep reading to learn more about the meaning and symbolism of white roses.

The Meaning & Symbolism of White Roses – The Essentials

White roses are seen as symbols of innocence, purity, and loyalty. Therefore, they are often used in events, including weddings, baptisms, and anniversaries. In the Victorian language of flowers, a gift of white roses meant “I am worthy of you” or “you are heavenly.” White roses may symbolize innocence, purity, secrecy, and silence. A withered white rose meant “fleeting beauty,” while a white rosebud meant girlhood. White roses are often found in bridal bouquets or used to send a message of farewell, hope, or respect.

Yes, white roses really do exist. In fact, there are many different species and cultivars of these stunning flowers.

You can find practically every type of rose in a white form, including tea roses, English roses, and modern garden roses. Some of these flowers work best as garden plants, while others can be grown as cut flowers.

People use the term white rose to refer to ivory, white, and off-white roses. If you browse through a flower catalog, you’ll see all kinds of roses fall within these subdued hues.

The Meaning, Symbolism, and Cultural Significance of White Roses

As is the case with most types of flowers, each rose color has its own unique meaning and symbolism. While you may already know the red rose symbolizes passionate love and romance, what about the white rose?

Like many white flowers, white roses are symbols of peace, innocence, purity, loyalty, and eternity. As such, it’s unsurprising that these flowers are frequently used in events ranging from weddings to baby showers to baptisms.

White Roses and the Zodiac

White roses are the official flower of the Cancer sign, which applies to those born between June 22 and July 22. These people are known for their sensitivity, intuition, and charisma.

Much like white roses, Cancers are recognized for their loyalty and gentleness. However, their seemingly caring nature can quickly turn moody and vengeful if you push their buttons too much. So handle them carefully, just as you would a thorny white rose.

Due to the symbolism of loyalty and purity, white roses are often used as wedding flowers. Even if the wedding party chooses a different color palette, white roses often make their way into arrangements.

To symbolize the couple’s loyalty to each other, white rose petals may also be thrown by flower girls.

White Roses in the Language of Flowers

In 18th and 19th century Europe, gifts of flowers were used to send secret coded messages. This wasn’t the first use of flowers as language; the Ottoman Empire, ancient Greece, China, Japan, and other cultures worldwide all used flowers to communicate.

However, floriography really took off among the upper classes in Victorian England. Society was quite repressive, and flowers offered a way to send messages without violating the strict rules of propriety that governed the upper classes at the time. Each flower type and color had its own specific meaning.

To the Victorians, white flowers were often associated with innocence, purity, cleanliness, silence, secrecy, hope, new beginnings, respect, trust, love, and fidelity. White roses carry specific meanings in the language of flowers. In Victorian floriography, the gift of a white rose could have several meanings. These included:

However, if the rose was dried, the meaning changed. A dried white rose meant that “I’d rather die than lose my virtue.” A withered white rose was associated with fleeting beauty and transient impressions; it might mean, “you didn’t make much of an impression on me.”

Historically, the symbolism of white roses stretches back long before the Victorian era. In the 14th century England, white roses were the symbol of the House of York. The House of Lancaster was represented by red roses. The two sides battled it out in the fittingly named War of the Roses.

Early Romans thought white roses symbolized a variety of things. Like many other people, the Romans linked these flowers to purity and innocence and sometimes planted white rose bushes at the graves of young women.

The Romans also associated these flowers with the goddess Venus and therefore linked to love.

Japan also has its own language of flowers, known as Hanakotoba. This language also gives the white rose meaning, but it’s different from the one Victorians used.

In Japan, a white rose can be tied to silence, devotion, or innocence. Therefore, these flowers can be used at birth to symbolize the baby’s innocence or given during anniversaries to show devotion.

Due to their symbolism of innocence and purity, some Christians think white roses symbolize the Virgin Mary. Therefore, you may find white roses as part of Christmas arrangements.

Due to their representation of purity and new beginnings, white roses are also present at baptisms, confirmations, and Christian weddings.

In Ancient Greece, the white rose was linked to Aphrodite, the goddess of love and beauty.

One legend is that the white rose emerged during the birth of Aphrodite. This goddess was born after the titan Cronus cut off Uranus’s genitals and threw them into the sea. As they hit the water, Aphrodite was born.

So, what’s this have to do with roses? As the sea foam from Apordite’s birth hit the shore, rose bushes emerged. It’s said that the first roses were white, and other colors of roses came to be over time.

In fact, Aphrodite is also involved with roses receiving their color. In a rush to save her lover Adonis, she pricks her finger on a rose thorn, and her blood falls onto the rose petals, turning them red.

However, that’s not the only myth surrounding the rose. There is also a rose origin story involving the nymph Chloris, the goddess of flowers.

Legend states that Chloris was out walking when she discovered a dead wood nymph. To honor the deceased, Chloris decided to turn the body into a flower.

She called upon Apollo to shine the sun upon the flower, Aphrodite to bring beauty, and Dionysus to bring fragrance. The end result was the rose.

The White Rose and Yorkshire

While the white rose holds similar meanings worldwide, it holds a special symbolism for the people of Yorkshire. Due to various historical events, the white rose is now considered a symbol of this English county.

During this war, the House of York adopted the white rose as its symbol, and the House of Lancaster adopted the red rose. Later, these wars became known as the war of roses. When the wars ended, the two colors of roses were combined to form the symbolic Tudor rose.

The interesting thing is that the people who lived in Yorkshire didn’t always support the House of York. In fact, many of them supported the House of Lancaster.

Regardless, the people of Yorkshire began to claim the white rose as their own. During the Seven Years’ War, soldiers from Yorkshire picked white roses and placed them in the buttonholes of their fallen comrades. From this point on, the white rose was seen as a symbol of Yorkshire.

Today, you can find the five-petaled white rose adorning flags throughout Yorkshire and the city of York.

White Roses in Art and Literature

The Meaning of White Rose Tattoos

Though white can be a difficult color to use in tattoos, a white rose tattoo may symbolize several qualities, such as:

A white rose tattoo may also be the choice for fans of a now-defunct baseball team. The York White Roses played in the minor leagues for almost 80 years.

Since the symbolism of white roses varies depending on the culture, these flowers can be good gifts for a variety of occasions.

Due to white roses’ relation to loyalty, they are often given during wedding anniversaries. When gifted, they can remind partners of their commitment to each other in the past, present, and future.

Mixing white and red roses can help tie together feelings of loyalty and passion, sending the perfect anniversary message.

Due to the white rose’s link to purity and innocence, it can be a great gift for a baptism.

What Does a White Rose Symbolize?

The white rose is a symbol of purity, innocence, and loyalty.

White roses are not considered particularly lucky flowers, nor are they unlucky.

Is a White Rose a Flower of Love?

The white rose can be used to show loyalty and devotion, but it is not a symbol of passionate love.

What Do White Roses Mean in a Relationship?

A white rose can be a symbol of loyal love. According to the language of flowers, white roses can also let someone know you think they’re heavenly or that you are worthy.

Depending on the type of rose and when it was cut, white roses can last between five and ten days in a vase.

White roses have long been aligned with deep symbolism, especially that of innocence, purity, loyalty, and honesty. In the language of flowers, white roses mean that you find someone heavenly or that you’re worthy of their love. White roses also may stand for silence and secrecy and impart an air of mystery. White roses can send a message of hope and new beginnings, making them beautiful flowers for weddings, anniversaries, and as gifts for those you care about. 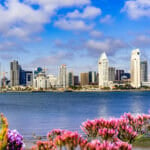 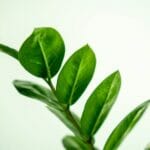