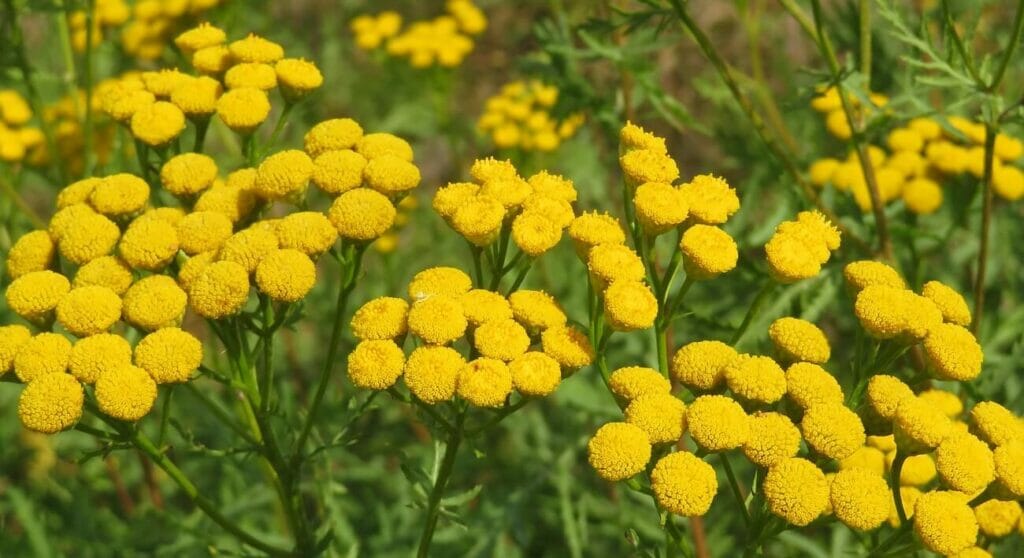 Everything You Need to Know About Tansy Flowers

Tansy (Tanacetum vulgare) is a flowering herbaceous plant used for a wide variety of medicinal and cultural purposes. The aromatic plant grows up to 5’ tall, has fern-like foliage, and yellow button-like flowers. Considered a noxious weed by some, tansy is prized by others for its use in food, rituals, and healing. Here we’ll take you through everything you need to know about tansy flower meaning and symbolism, their history and origins, uses and benefits, and best gifting occasion today.

Because its name means immortality, the tansy flower symbolizes protection, health, resistance, and immortality. Presenting someone with a tansy plant can also symbolize hope for good health. Tansies also hold the symbolic meaning of hostile thoughts – giving someone a tansy flower could even be an unofficial declaration of war!

The surface of the stem typically has a smooth texture and is somewhat reddish in color. The leaves measure up to 5.9 inches long and are alternate.

Tansy leaves are pinnately lobed and divided nearly to the center to create seven pairs of lobes, which then divide again into smaller lobes with saw-toothed edges to give the leaf its characteristic fern-like appearance.

Tansy flowers are yellow, roundish, flat-topped, and button-like. The flower heads appear in terminal clusters from mid to late summer. These flowers produce a scent very similar to camphor, but with hints of rosemary.

Consumed in large quantities, tansy leaves and flowers are toxic. The toxic compounds in tansy’s volatile oils, also known as essential oils or ethereal oils, include thujone, which can cause seizures, liver damage, and brain damage.

The Chrysolina graminis tansy beetle and other insects have developed resistance to the tansy toxins and feed almost entirely on the tansy plant.

History and Origins of Tansy Flowers

Native to Eurasia, tansy now grows in nearly all parts of mainland Europe, Britain, and Ireland.

Ancient Greeks may have been the first to cultivate tansy as a medicinal herb. It appeared in the herb gardens of Charlemagne and Benedictine monks of the Swiss monastery of Saint Gall by the 8th century. At this time, healers and everyday gardeners administered and used tansy to treat intestinal worms, rheumatism, digestive problems, fevers, and sores.

Throughout the Middle Ages and on, people used high doses of tansy to induce abortions – they also used it to help women conceive and even to help prevent miscarriages.

In the 15th century, Christians began commemorating the bitter herbs eaten by Israelites by serving tansy with meals during Lent; tansy also helped control flatulence and the risk of intestinal worms associated with eating fish.

By the 16th century, people in Britain considered tansy a necessary part of any garden. Many people started using tansy as a face wash, as it may lighten and purify skin. In the 19th century, Irish folklore had people bathing in a solution of tansy and salts as a remedy for joint pain.

The word tansy comes from the Latin word tanacetum, which is a shortened form of the Greek word athanasia that combines the words athanatos (immortal) and thanatos (death). The plant probably earned its name due to its persistence.

What regions are Tansy flowers/plants native to?

Tansy plants are native to temperate areas in Asia and Europe.

When are Tansy flowers in season?

The tansy plant flowers in July and August.

Uses and Benefits of Tansy Flowers

Tansy flowers have a number of uses and benefits. The plant can ease digestive problems, such as stomach and intestinal ulcers, certain gallbladder conditions, stomachache and stomach spasms, gas, bloating, and poor appetite. Tansy flowers can ease pain from migraines, nerve pain, joint pain, and sciatica.

The flowers may be able to control rapid heartbeat and fluid retention resulting from congestive heart failure, a condition that prevents the heart from pumping blood sufficiently. Some women ingest tansy to start menstruation or to trigger an abortion. Tansy is also an effective treatment for roundworm and threadworm infections in children.

Other uses for tansy may include treating colds, fever, gout, epileptic seizures, kidney problems, hysteria, and tuberculosis. Some use tansy to kill lice and bacteria, calm the nerves, promote sweating, and as a tonic, antioxidant, or stimulant.

Cooks and food makers may use tansy as a flavoring agent; manufacturers use tansy extracts in perfumes and as a source of green dye.

In large doses, tansy can be toxic to humans and pets. It is also toxic to livestock, and especially to cattle and horses. Animals ingesting tansy ragwort can develop chronic liver disease; affected animals generally die within weeks or months of ingesting tansy.

Tansy was introduced into the United States from Europe as primarily an ornamental flower and for its medicinal value. While some gardeners still grow tansy for its aesthetic charm, it is less popular as a garden flower today.

The purple blooms of blue tansy (Phacelia tanacetifolia) are very attractive to pollinators, although it serves as a repellant to many other types of insects.

Because its name means immortality, tansies symbolize protection, health, resistance, and immortality. Presenting someone with a tansy plant can symbolize hope for good health. Tansy flower meaning is also associated with hostile thoughts – giving someone a tansy flower could even be an unofficial declaration of war.

The Cultural Significance of Tansy Flowers

Ancient Greeks knew tansy by the name “athanasia,” which means “without death.” The Romans changed the name to “tanasia,” but continued to weave the plant into their culture. After using the herb to rid the body of worms in living people, it became a cultural belief that tansy leaves could also prevent worms from attacking the bodies of the dearly departed.

Tansy Flowers in the Middle Ages

During the Middle Ages, people would eat tansy cakes at Easter in an effort to purify their bodies after consuming the meat-free and legume-rich diets of Lent. Making the cakes involved mixing tansy leaves with eggs.

Tansy Flowers in the Victorian Era

In the Victorian Era, various flowers were a means of expression that symbolized different emotions. During these years, tansy flowers took on a more sinister meaning – specifically, they meant resistance and hatred towards someone.

Christians living in the 15th century ate tansies with their Lenten meals to commemorate the bitter herbs consumed by the Israelites.

Tansy flowers are suitable as gifts for a variety of occasions. Gardeners may appreciate the flowers as presents for birthdays, anniversaries, weddings, or even as a romantic gesture.

Tansy flowers do quite well in fresh flower arrangements.

They also dry well for dry flower arrangements. While the flowers are attractive, the plant is highly poisonous, and should not be given to those with pets, small children, or others who might ingest great quantities of it.

How to Care for Fresh Cut Tansy Flowers at Home

Cut the stems at an angle to improve their uptake of water. Remove any leaves that might be below the waterline.

Fill a vase two-thirds full with luke warm water and put the cut flowers in immediately. Change the water every two days; rinse the vase with warm water when you replenish the water.

Tansy flowers are attractive and easy to grow; they also provide medicinal value. Gardeners, healers, cooks, and religious leaders have used tansy flowers for centuries, and this plant will likely enjoy a spot in the garden for many more centuries.

What is tansy used for?

Tansy is used as an ornamental plant, for medicinal purposes, and for its cultural value. It is also used in some culinary dishes.

Is tansy toxic to humans?

In high doses, tansy can be toxic to humans. Tansy contains thujone, a poisonous chemical that can cause convulsions or death.

Is Tansy an invasive plant?

Does tansy grow in shade?

Tansy grows best in full sun, although the plant can tolerate partial shade. 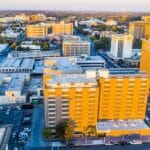 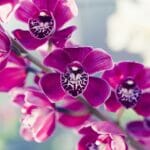