An understated yet unmistakable flower, the Star of Bethlehem is better known as Ornithogalum. This popular bulb is used as an annual in most climates, but it will return in warm areas or if planted in a pot and brought indoors over the winter. Of course, this flower does more than just brighten up the landscape. Here we’ll take you through everything you need to know about Star of Bethlehem’s meaning and symbolism, plus learn about their history and origins, uses and benefits, and cultural significance around the world today.

Star of Bethlehem represents the infant Jesus, linked to the symbolism of innocence, purity, redemption, and forgiveness. It’s also a symbol of uprightness and modesty to the Victorians, as well as a common Christmas bouquet flower.

About Star of Bethlehem Flowers

As the name suggests, this flower has a long history of association with Christianity. However, it has a wider range of meanings linked to its appearance and relative rarity.

Ornithogalum is an entire genus, including a wide range of flowering plants that share similar characteristics. However, there is quite a bit of foliage and flower variation within the genus. It’s part of the Asparagaceae family, which includes asparagus and other plants.

While each species varies, Ornithogalum, in general, are perennials with lance-shaped leaves. The flowers tend to be star-shaped, inspiring the common name.

The most common colors for the flowers are orange and white, but a few other colors are available thanks to specialty breeding. Most of the varieties feature a sweet, strong fragrance that is pleasant when enjoyed as part of a bouquet.

Varieties of this genus are native worldwide, so they spread widely as early as the medieval period on established trading routes. Once introduced to North America as a landscaping plant in the early 1900s, Star of Bethlehem quickly spread to become invasive in many areas.

Ornithogalum dubium is best known as Star of Bethlehem, but it’s not the only one. Ornithogalum umbrellatum is also called by that name, although they feature flowers spread out on individual stalks rather than a large cluster. Ornithogalum saundersiae is another popular landscaping option.

The names of these plants have raised quite a few questions over the centuries. Star of Bethlehem, the common name for Ornithogalum, is easiest to explain. It’s a reference to the star that appeared in the sky to guide the guests that witnessed the birth of Jesus. This links it to Christianity even though the plant itself is not mentioned in the Bible.

The scientific name, Ornithogalum, is more mysterious. A literal translation of the Greek it’s based on means bird’s milk. One common explanation is that it’s a reference to the white or cream colors of the flowers.

Star of Bethlehem flowers isn’t native to just one area or part of the world, especially considering there are multiple species in the Ornithogalum genus. Many of the most popular varieties are native to Africa and Europe, but they can also be found throughout Europe and the Caucasian mountains.

Ornithogalum species come in three distinct groups that all flower at different times. Some flower in the spring and go dormant over the summer, which is typically native to South Africa.

Another group blooms from late spring to early summer, but they need dry, warm winters to go dormant. Mediterranean varieties are their own group that blooms over the entire spring.

All three groups work well as annuals and will bloom in the spring when planted early enough, even if they won’t make it through the winter in your area.

This genus is complex and contains both plants used for food and those that are toxic to humans and animals alike.

Star of Bethlehem flowers have been used for culinary purposes for thousands of years, but now it’s not recommended due to the presence of glycosides that can affect the heart.

Some people use it in limited amounts as a medicinal herb. It’s best left as a landscaping or cut flower instead.

Star of Bethlehem is attractive to bees and pollinators due to its sweet fragrance.

The Meaning, Symbolism, and Cultural Significance of Star of Bethlehem Flowers

Common Star of Bethlehem Flower Colors and Their Meaning & Symbolism

The exact color of a bloom determines its meaning just as much as the type of flower. Common colors for Star of Bethlehem flowers include:

As the common name indicates, the Star of Bethlehem is linked to the story of the birth of Jesus. It appeared in the night sky to lead the Three Wise Men to Jerusalem.

This links it to the symbolism of the infant Christ, which lends it the meaning of purity, redemption, and innocence.

It’s a common wedding bouquet addition for this reason, along with its delicate appearance.

Ornithogalum means bird’s milk in Greek, which may be linked to the language’s common expression of wonder.

During the era, it was commonly believed that many birds, including white doves, fed their young with milk. Since it was practically impossible to see this happening, it became a reference to wonders and miracles.

The Victorians grew multiple Star of Bethlehem varieties in their gardens, so they naturally assigned the plant a place in their Language of Flowers.

Like many types of white flower meanings, The Star of Bethlehem represents purity and innocence to the Victorians. Some even proscribed it a meaning of chasteness.

The flower was commonly included in bouquets sent to young women who weren’t yet married, which is likely how it became popular as a wedding bouquet flower.

The delicate star-shaped blooms of Ornithogalum are worth admiring at any time of year. While many people associate them with winter and Christmas, they bloom in the spring when planted in the landscape. Let them add their meaning of purity and innocence to your yard or a flower arrangement.

What do Star of Bethlehem flowers symbolize?

Do Star of Bethlehem flowers come back every year?

When planted in USDA zones 8 to 10, most varieties are perennial and will return year after year.

Most varieties have a sweet, strong fragrance often described as similar to gardenia or jasmine.

What are Star of Bethlehem flowers used for?

Star of Bethlehem was once eaten and used as herbal medicine, but now they’re only recommended as a cut flower or landscaping addition.

What pollinators do Star of Bethlehem flowers attract?

The open star-shaped flowers are attractive to bees, butterflies, moths, hoverflies, and more.

Are Star of Bethlehem flowers poisonous to humans and animals?

The plants, especially the bulbs and flowers, can contain toxic glycosides. Keep them away from curious children and pets.

Why is it called Bethlehem flower?

It’s a reference to the star that appeared in the sky to guide the guests that witnessed the birth of Jesus. This links it to Christianity even though the plant itself is not mentioned in the Bible.

What Colors do Hydrangeas Come In? (Essential Guide) 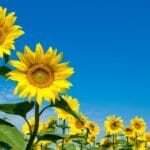