The Rhododendron is a unique tree known both for its bright and showy flowers as well as its habit of growing with twisted, clustered trunks. Cultivated indoors and out around the world, there are dozens of types of Rhododendron. All of them share some common meaning and symbolism that is affected by the specific color of the flower. This guide explores Rhododendron flower meaning, as well as its uses, benefits, and cultural significance around the world. 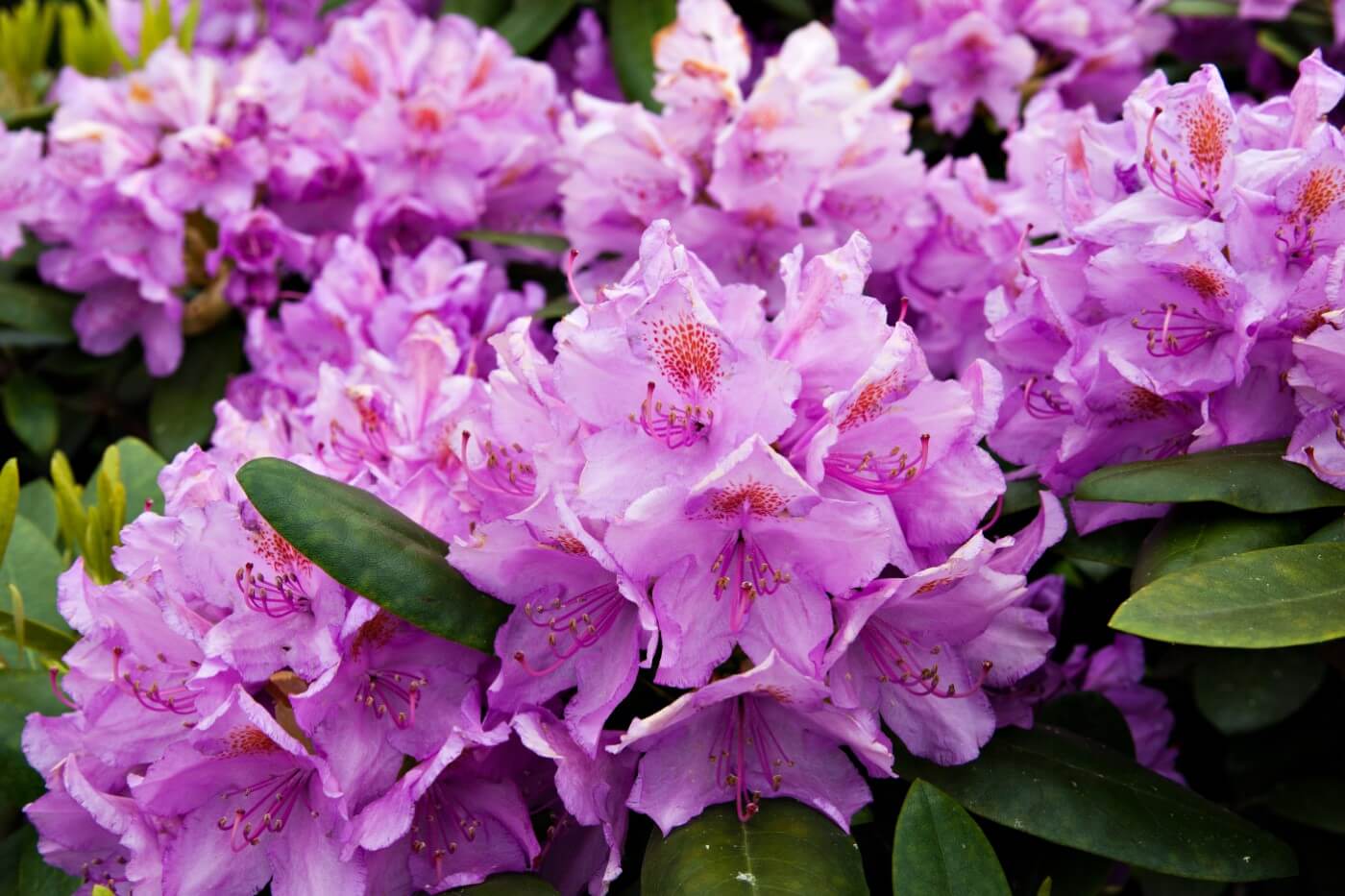 The Meaning & Symbolism of Rhododendron Flowers – The Essentials

Rhododendron flowers carry a complex symbolic meaning of both warning and beauty in the language of flowers. It’s a symbol of appreciating your spouse through the hard times in Nepal, while Japan symbolizes hard work and success with these graceful blooms.

Rhododendrons are often confused for Azaleas, which are part of the larger genus. However, not all Rhododendron flowers are considered Azaleas. No matter what kind of flowers you prefer, there’s most likely a Rhododendron you’ll appreciate due to the variety of bloom sizes and colors.

Rhododendron is a genus that includes hundreds of different individual species. This includes the branch known as the Azaleas. All Rhododendrons fall into the Ericaceae family.

Also known as the heath family, this means that the flowering plants are related to many important fruiting shrubs like cranberries, blueberries, and huckleberries.

Most Rhododendron plants are shrubs or trees of some kind. The largest varieties tend to top out around 20 to 30 feet at the most, while many smaller shrubs are also available.

Almost all Rhododendrons have leathery, evergreen leaves that they don’t lose when grown in their native ranges. Some Azaleas are soft-leaved inside and lose their leaves every winter.

There are hundreds of Rhododendron varieties available, thanks to extensive breeding efforts. Few feature any noticeable fragrance, but they all tend to feature bell-shaped to tubular blooms clustered in round groups.

Rhododendron species are native to almost all continents except for South America and Africa. They can be found in Asia, most of Europe, North America, Northern Australia, and tropical parts of Southeast Asia. Many varieties are found in temperate areas despite having large and colorful blooms like a tropical plant.

It was first recorded in the 16th century, with Rhododendron hirsutum being the very first species to be described in writing. The Kew Gardens was instrumental in bringing Asian Rhododendron varieties to Europe.

While Azaleas are technically part of the Rhododendron genus, they’re usually discussed separately from the most popular evergreen parts of the genus. True evergreen Rhododendrons have been split into many hybrids and cultivars by centuries of dedicated breeding, resulting in popular varieties like:

The term Rhododendron is Latin, but it’s based on two Greek words. The first part of the word comes from Rhodon, which means rose in Greek. The second part of the name is dendron, or Greek for tree.

The word rose was applied to many different plants with large and colorful blooms, so it’s not surprising that the name of this tree includes a reference to it. As a literal name describing the plant’s growth habit as a flowering tree, it’s a name that has stuck with the plant for millennia.

Some cultures translate the name as Alpenrose instead, especially in areas where the trees are only found in the most mountainous regions.

What Regions are Rhododendron Native to?

There are Rhododendron varieties native to every part of the world except for Africa and South America. North American Rhododendrons tend to be temperate trees, while varieties found in Asia and Australia thrive in tropical areas instead.

Some Rhododendrons can handle almost every kind of condition except for extreme winter cold. While most of these varieties are grown outdoors in appropriate regions, some parts of the world, like Japan, have adapted to growing them indoors instead.

When are Rhododendron in Season?

Each Rhododendron variety has its own specific blooming window, but most begin in early summer and finish blooming about a month later. They may start as early as March in some warmer regions or as late as August in cooler areas.

Heat tends to be a trigger for blooming for most varieties, which can mean that flowers open at different times from year to year. Tropical types tend to bloom a little longer than those native to temperate areas.

Uses and Benefits of Rhododendron Flowers

Rhododendron flowers are highly attractive to bees and butterflies. However, they also have a high level of toxins in every part of the plant, even the nectar. This leads to a unique situation where bees using too much of the plant’s nectar create a product known as “mad honey”. This honey has a bitter taste and red color, but it’s best known for its sickening and hallucinatory effects.

There are claims from the historical record that ancient people used this honey to trick their enemies and destabilize entire armies. The flowers should only be used for decorative purposes due to the change of illness from ingestion or even too much direct exposure.

The Meaning, Symbolism, and Cultural Significance of Rhododendron Flowers

The Victorians were familiar with Rhododendrons because the shrubs were widely planted across Europe by the arrival of their era. This meant that the flower was included in the Language of Flowers that served as a symbolic way to communicate with arrangements.

However, it didn’t exactly earn a positive meaning from the Victorians. Most records from the time show that Victorians sent the flower as a warning or with the meaning of ‘beware.’ It was commonly used to indicate that you were worried someone was making the wrong choice, especially when dealing with potential romantic partners.

Greek Mythology and the Rhododendron

Due to its history of being linked to the story of “mad honey” from Turkey, Greek people primarily saw the flower as beautiful but dangerous. It came to symbolize dangers hidden behind beautiful outer appearances. It didn’t become part of any specific myth in Greek legend but was used in artistic pieces for its symbolic value.

Growing wild across the Himalayas in Nepal, the Rhododendron became part of a legend where it was rejected by other trees for marriage due to its drooping appearance in the cold of winter. When it reappeared beautiful and covered with flowers, it refused to marry any of the trees that had disparaged it so.

It’s commonly used in wedding bouquets still to remind spouses to support each other even when they are not at their best.

In Japan, the demand for Rhododendron flowers has led them to be associated with rarity, hard work, and beauty. It’s often called the “flower of great heights” since most native populations across Asia require strenuous hiking to admire in their natural habitat. This has made it a symbol of success and achievement.

Celebrate a big achievement with a beautiful burst of orange or pink Rhododendrons. If you want to send a message of caution instead, white blooms make a good gift for situations involving difficult decisions.

What does a Rhododendron flower symbolize?

Rhododendrons symbolize a sense of warning and may indicate a dangerous side despite a beautiful appearance.

They can be a symbol of good luck to some, but the Victorians considered it quite the opposite.

Do Rhododendron come back every year?

Rhododendrons are perennial trees or shrubs that return year after year.

How long do Rhododendron flowers last?

These flowers tend to last a week or so once being cut, which is how long they remain on the tree as well after blooming.

Do Rhododendron flower more than once?

Most Rhododendron plants only bloom once per year, all at once. Some varieties may bloom multiple times per summer or once in the spring and again in the fall.

Make Rhododendrons a part of your next arrangement to make a big statement of caution. While some meaning and symbolism for this flower is positive instead, it’s mostly used to send a message of warning to someone about to make a decision. 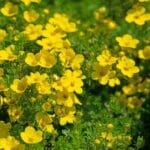 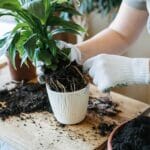