Everything You Need to Know About Queen Anne’s Lace Flower Meaning, Symbolism, and Cultural Significance

Dotting roadsides and meadows in many countries, Queen Anne’s Lace (aka Wild Carrot) is often known informally rather than by name. This richly symbolic umbrella-shaped flower has a long history of use as a medicinal herb as well. Here we’ll take you through everything you need to know about Queen Anne’s Lace meaning and symbolism, plus learn about their history and origins, uses and benefits, and cultural significance around the world today.

The flat-topped flowers of Queen Anne’s Lace carry a variety of meanings, including sanctuary, protection, peace, and skill at difficult tasks. It’s linked to multiple women who were named Queen Anne, but most of the stories include delicate lace that resembles the patterned flower heads.

Daucus is the genus that includes all the carrots consumed for food today. While Queen Anne’s Lace is not a cultivated carrot, it does have a similar root. The more prominent Apiaceae family it belongs to includes celery, dill, and many other edible herbs.

Daucus carota has umbrella-shaped flowers that rise on tall stalks covered in fern-shaped leaves. The clusters tend to turn up at the edges as they dry out, then furry brown seeds appear at the end.

The flowers and roots have a strong carrot-like smell when crushed. Flowers tend to be white, but sometimes they have pink or orange hues due to environmental stress.

The plants have long been used from wild harvesting alone. However, the modern cultivated carrot was bred out of the Queen Anne’s Lace plant. The plant is grown in some countries for medicinal purposes, but it’s still mostly considered a weed rather than a garden plant.

Its common name is considered to be a reference to both Queen Anne of Denmark and her daughter Queen Anne of the United Kingdom. The scientific name Daucus carota is a specific epithet for carrots in general.

What Regions are Queen Anne’s Lace Flowers Native to?

It’s now native to Europe and naturalized in North America, but it’s believed to have originated in western Asia. Many plant researchers believe that Queen Anne’s Lace spread to Europe centuries ago, but was not originally native there.

When are Queen Anne’s Lace Flowers in Season?

Queen Anne’s Lace flowers tend to appear in mid-summer and last through the fall. This can vary depending on where they’re grown, but it’s rare for them to appear as early as the spring. The dried seed heads can persist through the winter and into the next year.

Queen Anne’s Lace has an edible root, although it is more bitter than the cultivated carrot.

The seeds, in particular, are used in herbal medicine. It’s a very bee-friendly plant, providing nectar and pollen later into the season than many other plants.

Queen Anne’s Lace flowers are also considered a weed in some places and is prohibited from planting outdoors.

Most Queen Anne’s Lace is pure white with a darker center to each flower. However, pink flowers are also available with the ‘Dara’ cultivar.

The Story of Queen Anne

The story linking both women named Queen Anne to the flower involves the appreciation of finely made lace. Queen Anne of Denmark was considered a skilled lacemaker herself.

The story goes that she pricked her finger while tatting the finest lace she ever made. This is because of the dark spot in the center of each lighter-colored flower.

Queen Anne was considered an admirer of lace, and she was rumored to have remarked that no one could make lace as fine as the flower cluster.

Another common name for the flower is Bishop’s Nest or Bird’s Nest. This is mostly due to the flower’s tendency of curling up into a concave shape as they age and dry.

Many people use this symbolism to assign the flower with the symbolism of sanctuary and protection.

Since the flower had long since naturalized to Europe by the Victorian era, it naturally became part of the Flower Language of the time.

Most Victorians thought of the flower as a meadow weed, but it was used to represent purity and untouched innocence as a wildflower.

Let a few Queen Anne’s Lace bring a hint of fine taste and purity to any bouquet. Even if you live in an area where planting the Daucus carota outside is not allowed, you can appreciate the fresh-cut and dried flowers in arrangements.

Do Queen Anne’s Lace flowers come back every year?

Queen Anne’s Lace has a medicinal, slightly bitter smell that is similar to the scent of freshly cut carrots.

What are Queen Anne’s Lace flowers used for?

These flowers are primarily decorative, but the roots can be eaten while still small and the seeds are used medicinally.

Pollinators of all kinds, including bees, hoverflies, wasps, butterflies, and moths are attracted to Queen Anne’s Lace flowers.

Are Queen Anne’s Lace flowers poisonous to humans and animals?

The flowers are not poisonous or even irritating. Some animals are sensitive to the plants, but not any common house pets. 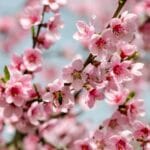 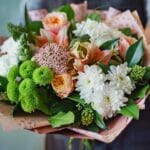