Everything You Need to Know About Oregano

Oregano (Origanum ‘vulgare’) is an herbaceous perennial flowering plant from the mint family that thrives in USDA plant hardiness zones 4 through 10. This popular culinary herb is utilized extensively in Italian, Greek, Mexican, and Spanish cuisine and is a close cousin of marjoram. Here we’ll take you through everything you need to know about Oregano’s meaning and symbolism; its rich history and origins; uses and benefits; and essential tips for growing and caring for oregano at home.

Oregano is traditionally associated with the meaning of love and romance but can also symbolize joy. This herb and its flowers have been used in rituals and ceremonies to promote good health, bring good luck, intensify love, and bring joy and happiness into the home.

Oregano (Origanum vulgare) belongs to the mint family (Lamiaceae). It is closely related to marjoram and is sometimes referred to as wild marjoram. The two have similar flavors.

Oregano is an herbaceous perennial that will live for years in USDA plant hardiness zones 4 through 10. Although the foliage dies back in the fall with the first hard frost, the roots survive the winter and send up new growth in the spring.

Oregano sends up a branched flower spike adorned with showy pink, purple, and lavender flowers in early to mid-summer that attracts a host of flying insects, including bees and butterflies.

While Origanum ‘vulgare’ is the most common type of culinary oregano, there are several other plants in the origanum species that carry the name of oregano.

This variety of oregano features attractive yellow and green foliage and produces small pink or purple flowers in the summer. It is commonly grown for ornamental purposes, but it can be used in cooking as well.

Some refer to Greek Oregano as true oregano as it has an intense flavor.

Syrian Oregano is known for its intense spicy flavor.

Oregano earns its name from the combination of two Greek words “oros” meaning mountain and “ganos” meaning “brightness or joy” giving it the common name of joy of the mountain.

What regions are Oregano plants native to?

Oregano is native to temperate regions in Western and Southern Eurasia and throughout the Mediterranean region.

Oregano blooms from early to mid-summer until frost.

Uses and Benefits of Oregano Plants

Oregano is both a culinary and an ornamental herb. It attracts bees, butterflies, and other flying insects making it a great addition to the garden for attracting pollinators. It even attracts hummingbirds when it is in full bloom.

Medicinal Use of Oregano

The oregano plant has been used as an herbal remedy for respiratory ailments such as asthma, croup, coughs, and bronchitis as well as a remedy for gastrointestinal issues like heartburn and gas.

In addition, oregano oil contains chemicals thought to reduce spasms and coughs as well as help with digestion by combating viruses, fungi, parasites, and bacteria.

During the Middle Ages, oregano leaves were chewed as a remedy for toothaches, indigestion, coughs, and rheumatism.

In China, oregano was frequently used as a herbal treatment to reduce fevers, stop vomiting, and quell upset stomachs.

The Meaning & Symbolism of Oregano

Oregano has long held the symbolic meaning of good fortune, health, and happiness. During Tudor and Elizabethan times oregano was commonly utilized as a symbol of good luck and prosperity.

Oregano flowers typically bloom in shades of purple and pink which in the language of flowers which are synonymous with dignity, success, admiration, and wisdom (for purple flowering plants) and happiness, gentleness, affection, sensitivity, friendship, trust, innocence, playfulness, grace, and femininity (for pink flowering plants).

The Cultural Significance of Oregano Plants

Oregano has a deep and storied heritage in Greece with many references in mythological tales.

One legend notes Aphrodite (the Goddess of love among other things) created this fragrant herb in her very own garden patch on Mount Olympus as a symbol of joy.

What’s more, in Ancient Greece it was commonplace to plant oregano around entranceways and surrounding the home to ward off evil spirits.

Oregano was also the go-to cure for poison and used in poultices to draw out infections under the skin.

When oregano sprung up on a gravesite it was viewed as a sign the deceased had found happiness in the hereafter. Crowns of oregano worn at weddings ensured the newly married would enjoy a life of joy and happiness.

Oregano makes a suitable housewarming or hostess gift as the recipient can plant it near the home and reap its many benefits.

Although the cut flowers can be added to floral bouquets to add color, fragrance, and texture, it is not a common practice.

How to Grow and Care for Oregano Plants at Home

Oregano is an easy-to-grow herb for the home garden, but there are some precautions you should be aware of.

Oregano is extremely invasive and will quickly take over the entire bed if left to its own devices.

To prevent oregano from spreading in your garden, you will need to provide a barrier to the roots. This can be done by growing it in pots, of course, but there is another way.

Another important consideration when growing oregano is maintaining its flavor. Allowing it to bloom will attract bees and butterflies to the garden, but it will also rob the herb of the oils responsible for its intense flavor.

If you intend to use your oregano for cooking, it is best to remove the buds as soon as they appear to preserve its flavor.

Too much fertilizer can also inhibit the flavor of your oregano. For the best flavor fertilize your oregano sparingly and only when needed. A light application of water-soluble fertilizer in the early spring is all your oregano needs to thrive.

Oregano prefers 1 inch of rainfall per week but will tolerate dry soil. If your area does not get adequate rainfall, supplemental watering once or twice a week will keep your oregano in good shape. Water deeply to saturate the soil and allow it to dry to the touch 1 inch below the surface before watering again.

Plant oregano in average to poor well-drained soil with an average pH close to 7.0 if possible. This plant is drought tolerant and thrives in nearly any soil.

Some varieties of oregano can become unruly in mid-summer and are best dealt with may shearing them back to the ground level. This forces a flush of new growth within a week or two.

Oregano is a delightful addition to the herb or flower garden but must be handled with care to avoid issues with it invading unwanted areas. Consider growing oregano in raised beds or planters instead of directly in the garden to keep it from spreading.

What does Oregano symbolize?

Oregano is traditionally associated with the meaning of love and romance but can also symbolize joy. This herb and its flowers have been used in rituals and ceremonies to promote good health, bring good luck, intensify love, and bring joy and happiness into the home.

Does oregano have flowers?

What is oregano good for?

Oregano is perhaps best known for its use as a herb in Italian, Greek, Mexican, and Spanish cuisine. The oregano plant has also long been used in herbal medicine to treat ailments such as asthma, croup, coughs, and bronchitis as well as a remedy for gastrointestinal issues.

Is oregano easy to grow?

Oregano is considered an easy, low-maintenance plant that will thrive in a range of indoor living environments in addition to outdoors in USDA plant hardiness zones 4 through 10.

Can I eat oregano raw?

Whilst you can consume raw oregano, chefs typically use dried oregano for flavoring dishes. Raw oregano tends to be a lot more pungent compared to dried oregano. 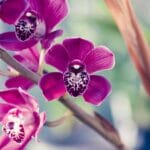