Orange Rose Meaning in the Language of Flowers

The Meaning, Symbolism, and Cultural Significance of Orange Roses

Few flowers are as widely loved as the Rose, and there is an entire rainbow spectrum of colors to choose from to send the right message. Tapping into color theory adds a deeper meaning to the bouquet you send. Orange Roses are no exception from this concept. If you’re looking to craft a unique floral arrangement with a special message for a friend or loved one, decide if the Orange Rose is the right symbol for your desired meaning.

The Meaning & Symbolism of Orange Roses – The Essentials

In the language of flowers, today’s modern meanings for the Orange Rose are derived more from its color symbolism than from ancient myths or stories. Many people choose a bundled bouquet of pure Orange Roses for wedding arrangements because they associate deeper shades of this color with romance, devotion, and commitment.

Orange Roses belong to the same species and genus as other roses, namely the Rosa genus. There are varieties of all of the most popular Rose species that offer orange or reddish-orange petals.

Some varieties are climbers that sprawl over fences and arbors, while others are upright bushes. Most orange cultivars tend to feature thorns, but some thornless types are available.

However, Orange Rose varieties are not found naturally growing in the wild. They are the product of careful crossbreeding between pink and yellow roses to create all sorts of red-orange to peach tones.

Roses that include orange varieties are native to regions worldwide, including North America, Asia, Africa, and South America. It’s possible to find roses that work in almost any climate, from dry and colder regions to humid and hot ones.

Some Orange Roses are dyed to get precisely the bright orange color desired for a floral arrangement. These Roses still have the same basic meaning as any naturally colored bloom, giving you more control over the message you send with your bouquet. Mixing both natural and dyed Orange Roses can create a genuinely multi-tonal arrangement.

Popular cultivars of Orange Roses include:

The Meaning, Symbolism, and Cultural Significance of Orange Roses

Orange roses are cheerful and bright, but they have a deeper meaning that is tied to cultural associations in many cases.

The Meaning of the Color Orange in the Language of Flowers

The color of a flower, even when it’s a classic Rose, largely determines its meaning. Most types of orange flowers are associated with a high energy level and general positivity. It’s often used to add a sense of excitement, youthfulness, and wishes for success to any bouquet. This remains true for Orange Roses as well.

Colorful roses tend to deviate from the romantic associations tied to the Red Rose, although orange can still indicate passion or romantic interest in some cases.

One of the most common uses for Orange Roses is decorating in a seasonal manner to celebrate the arrival of Fall. Bright orange blooms are reminiscent of pumpkins, while burnt orange colors resemble the beauty of changing leaves on trees.

Peach colors are better paired with spring and summer arrangements, but they can also work well in fall bouquets with the right pairings.

In order to symbolize the fall, you may want to mix Orange Roses with other elements like:

Orange Roses didn’t strictly exist during the Victorian era. In fact, they weren’t created through careful breeding until around the 1940s and 1950s.

In general, Victorians used Roses to send different variations of romantic messages. If they did have orange blooms available in the Victorian era, it is likely that they would place it between the passionate romantic feelings of the Red Rose and the more delicate and emerging feelings of the Pink Rose.

It’s also possible that it could have received a unique meaning altogether, such as an association with creativity or wealth.

Today’s modern meanings for the Orange Rose are derived more from its color symbolism than from ancient myths or stories.

Many people choose a bundled bouquet of pure Orange Roses for wedding arrangements because they associate deeper shades of this color with romance, devotion, and commitment.

Other flower enthusiasts use them as celebratory flowers to convey confidence, success, and power to someone.

Orange has the energy and passion of red tempered with the joy and youthfulness of yellow, so it’s no wonder that Roses in this shade carry a similar meaning today.

The Creation of the Rose in Greek Mythology

While Orange Roses weren’t common in the days of Ancient Greece, the Rose, in general, was popular already and generated plenty of symbolic meaning.

As a part of Greek Mythology, the Rose was believed to have been created when the goddess Aphrodite was mourning her lost lover. It was also associated with the healing power to turn from an animal back into a human or to symbolize particularly stunning beauty.

Greek Mythology also features many orange flowers, most of which are used to symbolize enthusiasm, youthfulness, or intelligence.

The Symbolism of Orange Flowers in Buddhism

Floral offerings in Buddhism most commonly take the form of orange flowers, although they are not always Roses. Orange flowers are cheerful, bright, and full of energy, which makes them ideal for offerings in this tradition.

It’s also common to mix together colors like red, orange, and yellow for a multi-colored offering that taps into the combined energy of the arrangement.

The majority of flowers grown in Buddhist countries are red, orange, or yellow, so it only makes sense that these colors remain popular worldwide for traditional offerings to the Buddha and the Bodhisattvas.

Hanakotoba is the Japanese Language of Flowers that is similar to what the Victorians of England created during their era.

Yet unlike the Victorian variation, the Hanakotoba continues to evolve today and embraces many flowers that didn’t exist when it first began centuries again. This includes the relatively recent evolution of Orange Roses.

Roses in general, symbolize romance and devotion, and the Orange variety is considered a particularly passionate and energetic pursuit of someone new.

It can also symbolize a non-romantic but strong bond between two people, especially in burnt orange color.

New York has declared that all Roses work as the state’s official flower, including Orange Roses. Orange is a particularly fitting color for the fall in the Catskills Mountains of the state, which feature some of the most attractive orange leaves in the whole country.

It’s common to decorate for the state’s various official celebrations with arrangements that include Orange Roses, among other colors.

The appropriate gifting occasions for Orange Roses are primarily determined by what you consider the meaning of the color.

For some people, the Orange color is a great way to increase the passion and enthusiasm they want to convey when making a romantic statement with Roses.

Others may consider the Orange color better suited to sending arrangements to friends and family members rather than romantic interests.

It’s a good choice for celebrating graduation from college or accomplishing another big success thanks to its energy and passion.

What does an orange rose symbolize?

Orange Roses vary in meaning depending on the culture. In Asia, they’re often used as a symbol of romantic intentions and passion, while in Western culture, they tend to have a more platonic and supportive symbolism.

Orange Roses can symbolize success for some, making them a potent lucky charm when going for a job interview or making a proclamation of love for someone.

Is an orange rose a flower of love?

Some people consider Orange Roses a sign of passionate love and devotion, while others do not. It largely depends on the culture in which the flowers are being sent.

What do orange roses mean in a relationship?

If you’re already in an established relationship, sending Orange Roses can symbolize you still feel passionate about your partner and want to add new energy to your partnership.

As with all Roses, Orange Roses can last a week or longer after being cut as long as the water is regularly changed.

Don’t overlook the bright and cheerful Orange Rose when putting together your next flower arrangement. These blooms will catch the eye whether they are naturally orange or dyed for an even bolder color. Orange Roses light up any room, whether they’re used for seasonal arrangements or to send a specific message via their meaning and symbolic value. 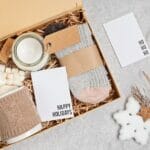 21 Best Gift Baskets in San Antonio, TX (For Every Occasion) 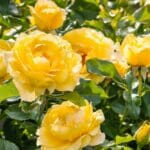 Yellow Rose Meaning in the Language of Flowers