Mock orange flowers are beautiful blossoms that resemble those of orange trees both in their appearance and deliciously sweet fragrance. With an intriguing history and symbolic tradition, these lovely blossoms can have a special place in your garden and in your heart. This guide will take you through everything you need to know about mock orange meaning and symbolism in the language of flowers. 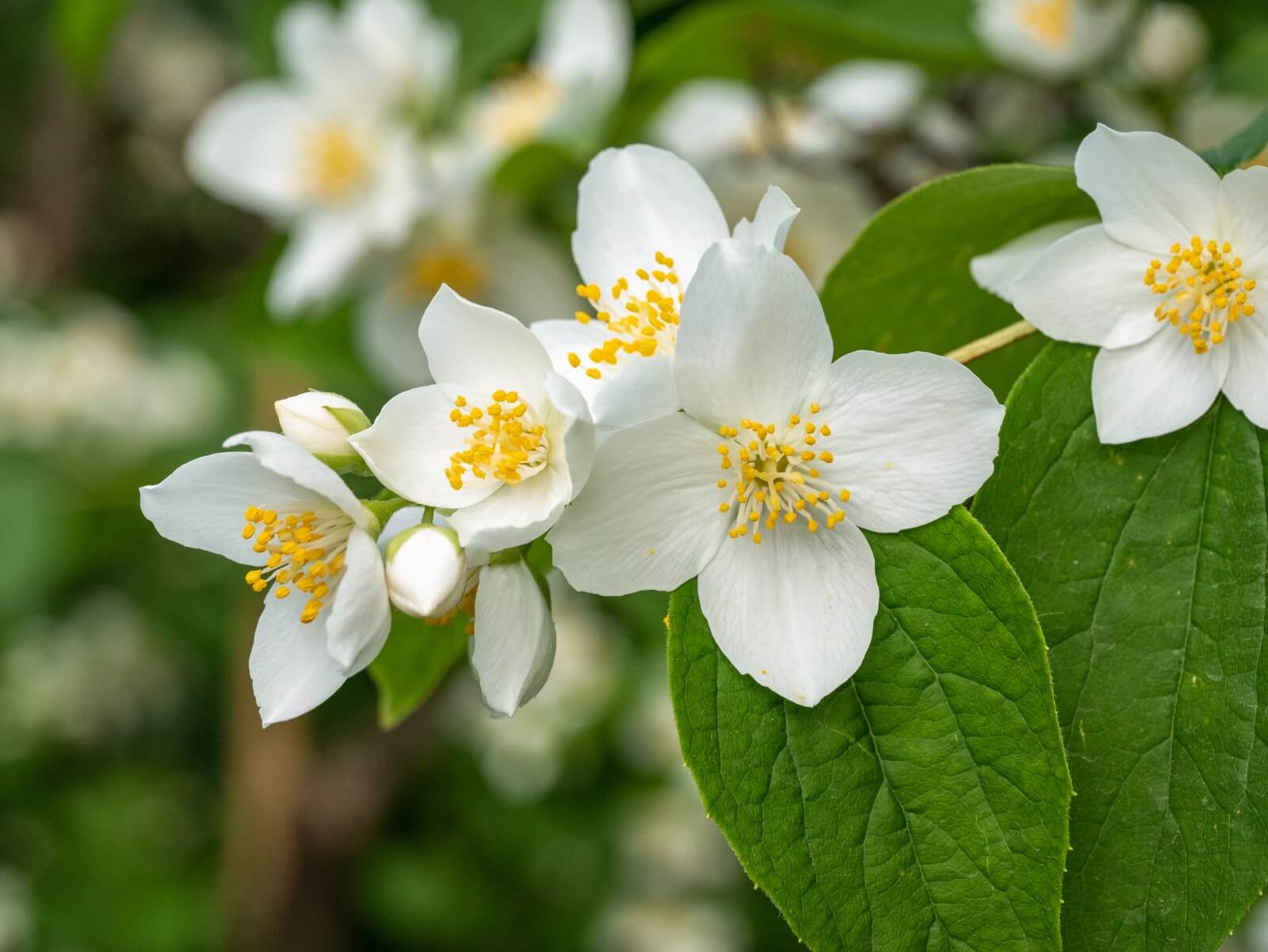 The Symbolic Meaning of Mock Orange Flowers – The Essentials

Philadelphus is a genus that belongs to the Hydrageaceae plant family, Hydrangeoideae sub-family, and the Philadelpheae tribe.

The Philadelphus genus contains about 60 species of flowering, deciduous, perennial shrubs with woody stems and branches. They range in size from about 4 feet tall and wide to about 12 feet tall and wide. Most produce ovate leaves about 2 inches long and deep to medium green in color. However, some species and cultivars have variable foliage with features such as bright-yellow leaves, smaller leaves, or variegated leaves.

They produce cup-shaped flowers that primarily have four petals and prominent yellow stamens at their centers. Some double-blossomed varieties produce flowers with many more petals. The flowers range in color from snowy-white to cream, and some species have slight pink or lavender markings on the petals toward the centers of the flowers. Flowers vary in size from about an inch to two inches in diameter.

The flowers of most species are highly fragrant and produce citrusy and sweet scents, smelling similar to orange blossoms, lemon blossoms, or jasmine.

What Regions Are Mock Orange Native?

Mock oranges are predominantly found growing in North America, Central America, and Asia. A handful of species, however, do grow naturally in southeastern Europe.

Mock orange plants have been beloved as native plants for centuries and cultivated for garden growing since about the 16th century when they were imported into Europe along with plants of the Syringa genus (commonly called lilacs).

The genus name, Philadelphus, is a Latinized version of the Greek word that means brotherly love or sibling love. The common name, mock orange, is thought to have come from the blossom’s close resemblance in looks and fragrance to the flowers of orange trees.

Uses and Benefits of Mock Orange

The Meaning, Symbolism, and Cultural Significance of Mock Orange

Mock Orange Flower Colors and Their Meaning and Symbolism

Mock orange flowers only blossom in shades of white that range slightly from creamy to snowy. They also have fuzzy centers of bright-yellow stamens. Some varieties of mock orange flowers also feature slight light pink or lavender markings toward the inner bases of the flower petals.

Mock Orange in the Victorian Language of Flowers

In the Victorian language of flowers (floriography), mock orange symbolizes deceit. This is perhaps due to its fragrance which might lead one to believe a blossoming orange tree is nearby.

The Greek Roots of Philadelphus

The genus of flowers is said to have been named after Ptolemy II Philadelphus, who was a Greek king ruling over ancient Egypt.

Use in Wedding Bouquets

Mock orange has a history of use in bridal bouquets for weddings. To understand why you first need to understand the symbolic meaning of orange blossoms.

Orange blossoms from citrus trees have a long history of symbolizing purity, virtue, and fertility. These symbolic meanings are all appropriate for a wedding – and these flowers have been used in marital celebrations worldwide for centuries.

However, in England, before a global flower trade made true orange blossoms widely available, mock orange was commonly used as a more abundant, locally grown replacement. Its similar appearance to orange blossoms and equally similar fragrance made them a sneaky way to include “orange blossoms” in a bridal bouquet.

Perhaps, this use is one of the reasons why mock orange was associated with deceit in the Victorian flower language.

While several species of mock orange grow natively across North America and Central America, one species, in particular, has a special place in the history of the United States. This is the Philadelphus lewisii, which is commonly called Lewis’ mock orange. This common name was given to this species in reference to its appearance in a journal of Meriwether Lewis. Recorded in 1806, near the end of the Lewis and Clark Expedition across the United States, this was the first time the plant had been collected for scientific purposes.

Thanks to its noteworthy place in American history and presence in the state, Idaho named the Philadelphus lewisii as its symbolic state flower. Idaho refers to this mock orange species with another of its common names, syringa. This common name actually refers to the wood of the plant’s similarities to that of lilac shrubs.

Mock Orange in Art and Literature

Mock orange appears predominantly on a floral trading card housed at the Metropolitan Museum of Art. The card depicting mock orange is just one of 50 from a series issued in 1890 by Goodwin & Company as a promotion for Old Judge Cigarettes.

In a poem titled Mock Orange, Louise Glück uses the flower to symbolize the general disappointment she has experienced in life.

Although there are no official gifting occasions assigned to mock orange flowers, such as an official birth month, there are countless occasions when a bouquet of mock orange or even a live mock orange shrub could make a wonderful gift.

The cut flowers are lovely in bouquets on their own, thanks to their delicious fragrance and elegant looks. They’re also a traditional flower to include in bridal bouquets. Additionally, mock orange plants can be gifted in sympathy or celebration. Consider them for remembrance at funerals or celebrations of new births or new homes.

What Do Mock Orange Flowers Symbolize?

In the language of flowers, mock orange flowers symbolize deceit.

Do Mock Orange Flowers Come Back Every Year?

Mock orange plants are deciduous shrubs that come back and flower every year.

The length of time mock orange shrubs remain in bloom varies from species to species. In general, the blooming period for mock orange flowers lasts anywhere from two to several weeks.

Mock orange is toxic to cats and non-toxic to dogs and humans. However, if dogs or humans ingest mock orange, it can result in an upset stomach and other gastrointestinal symptoms.

Mock orange plants are lovely shrubs that make wonderful additions to gardens in various climates. These symbolic and meaningful flowers are beautiful and delicious to smell, and their leaves put on a show from spring through the end of autumn. 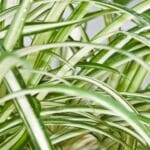 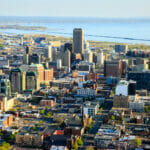