With its fresh scent, distinct flavor, and attractive foliage, the many species of mint (Mentha) plants have long been prized in the landscape and the kitchen. Mint is a fast-growing herb — usually perennial — that blooms with pink, purple or white flowers in summer. Cultivated for culinary and medicinal uses throughout history, has played a role in Greek, Roman, and Christian mythology, as well as folk medicine traditions around the world. Here will take you through everything you need to know about mint plant meaning and symbolism; their history and origins; uses and benefits; plus essential tips for growing and nurturing mint plants at home. 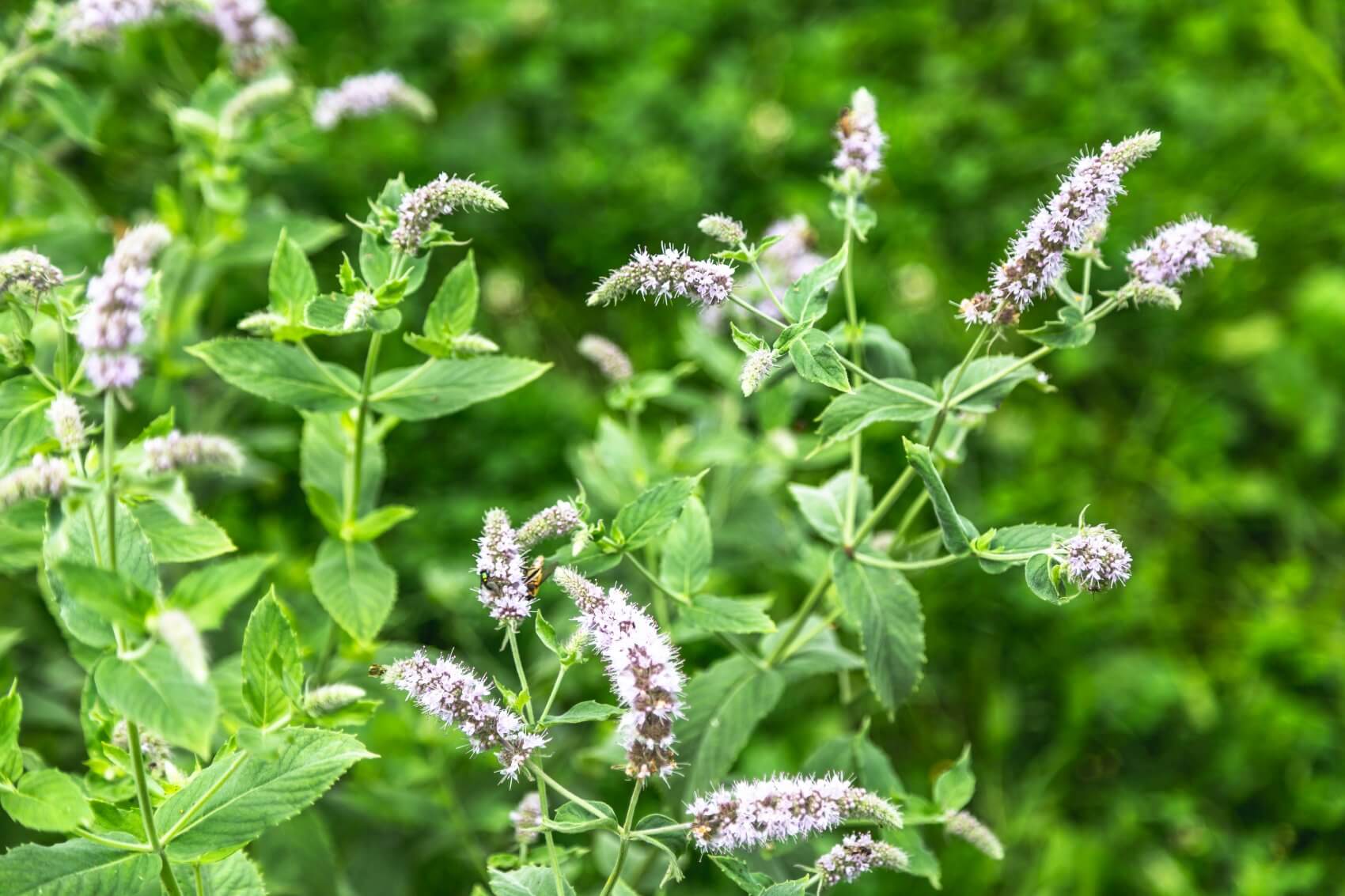 In the language of flowers, mint symbolizes virtue. Mint gets its name from Greek mythology; the god Pluto preferred the nymph Mentha over the goddess Persephone, who (jealously) transformed Mentha into a plant. In ancient Rome, mint was an aphrodisiac, woven into crowns worn by the goddess Venus. In feng shui, mint is thought to attract wealth and prosperity.

Mint belongs to the genus Mentha, which is a member of the Lamiaceae family. The Mentha genus is divided into five subsections, which include Audibertia, Eriodontes, Mentha, Preslia, and Pulegium.

Together, these contain about 42 species, more than a dozen hybrids, and hundreds of varieties, including cultivars and hybrids.

Most Mentha plants are perennials, with wide-spreading stolons and branching, square stems. Foliage may be oblong or lanceolate, and most have serrated margins.

Most mint foliage ranges in color from gray-green to dark green, while some varieties may be yellow, blue, or purple. Flowers are white, pink, or purple and in whorled shapes.

Mint is prized for its strong, distinctive aroma. Certain species have an instantly recognizable fragrance, such as spearmint (M. spicata) and peppermint (M. x piperita).

Mint is not known to be toxic to humans. However, it is toxic for dogs, cats, and horses, and may cause vomiting or diarrhea if ingested in large quantities.

Spearmint (M. spicata) and peppermint (M. x piperita) are the most commonly cultivated mint varieties. Prized for their scent, oils, and flavor, these perennial herbs grow up to 3 feet tall and spread rapidly.

The genus name Mentha comes from the Greek word minthe, the name of a nymph who was transformed into a mint plant. Mentha is one of the oldest plant names still used today.

What Regions are Mint Plants Native To?

Mint plants grow across the world, with natives found in regions of Europe, Asia, Africa, North America, and Australia.

When do Mint Plants Bloom and Produce Flowers?

In temperate climates, most species bloom with purple, white, or pink flowers in the late summer.

Uses and Benefits of Mint Plants

Several species of mint have medical applications. In folk medicine traditions, mint has been used to treat a number of ailments, such as:

Mint in Food and Drink

Mint has long been prized for the delicious flavor it adds to dishes. Leaves may be eaten raw or cooked, and make an excellent addition to salads, fruit dishes, and meats. Mint sauce is a popular condiment, often served with lamb.

Many sweets feature mint flavor, from ice cream and cookies to candies, gum, jellies, and syrups. The leaves of mint plants are also commonly used to flavor teas and cold drinks, such as Mojitos, as well.

The mint plant is not known to be toxic to humans; dogs, cats, and horses should not ingest mint, as it may cause vomiting and diarrhea.

Mint attracts bees, butterflies, and other pollinators with its purple, pink, and white blooms in summer.

In feng shui, mint is thought to attract wealth and prosperity. Place it in the southeast or “luck” corner of a home or room. Mint is also associated with good communication and improving the bonds with one’s children.

The Meaning, Symbolism, and Cultural Significance of Mint Plants

Common Mint Flower Colors and Their Meaning and Symbolism

Mint plants bloom with purple, white, or pink flowers, depending on the variety. In the language of flowers, mint symbolizes virtue.

Mint plants have featured prominently in Greek mythology. The plant’s name stems from the story of the nymph Mentha; Pluto, the god of the underworld, was attracted to Mentha. This angered Persephone, the goddess of the underworld, who turned Mentha into a plant in a fit of jealousy. Even though Mentha had lost her human form, she still attracted mortals with her fragrance.

To the Romans, mint was also associated with lustfulness, and this ancient culture used mint as an aphrodisiac. What’s more, the goddess Venus wore mint in her crown; known as the Corona Veneris, statues of the goddess often feature her wearing a mint wreath on her head.

Mint features in the Christian bible, as well. In the story of the Pharisees, tithes were paid with mint.

Over the years, mint’s strong aroma was used to mask other, less pleasant, scents. As such, the plant became associated with hospitality, cleanliness, and virtue.

Today, mint has lost many of its associations with romantic love (and lust), so it’s a great choice to add scent and color to floral gifts for everyday giving, including birthdays and work.

Mint adds a fresh aroma to bouquets, arrangements, and centerpieces, making it an interesting addition for special occasions.

How to Grow and Care for Mint Plants at Home

Spearmint and peppermint are very easy to grow indoors in the home. In fact, they may grow so vigorously that they can take over. If limited space is available, it’s a good idea to grow mint in a container so it doesn’t spread too aggressively. Using a container with the bottom removed can help keep mint in check.

Divide mint plants every few years. Remove flower spikes when they appear for the best flavor.

Mint may be susceptible to rust, or small orange spots on the underside of foliage. Treat using an organic fungicide, and prevent rust by allowing plants to dry between watering.

Mint adds fresh aroma and flavor to food and drinks, color and scent to the garden, and a number of health benefits. This easy-to-grow herb is a popular choice for the home garden and brings a colorful cultural history to each planting. Add mint to any floral gift that needs an uplifting fragrance.

What does it mean when a mint plant flowers?

Mint is a perennial flowering plant that will typically bloom during the spring and summer months each year. The flowers produced are a natural part of the plant’s annual growth cycle.

How do you encourage mint to grow?

Mint typically grows best in its own dedicated potting container with well-draining, fertile soil. Provide the plant with ample sun exposure throughout the majority of the day and fertilize with a nitrogen-based solution in the late summer months post-bloom.

Mint flowers are edible for humans but the essential oils can be toxic to pets and animals.

Is Mint still good after flowers?

Flowering mint plants may produce slightly less pungent leaves but they are still good to be consumed.

Do mint plants come back every year?

Mint plants will typically die back during winter months before returning again with the emergence of spring each year. 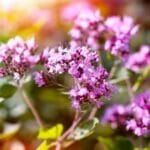 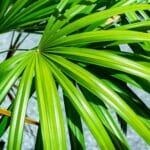