How to Grow and Care For Apple Mint at Home

Essential Tips to Successfully Grow and Care for Apple Mint

When it comes to growing Apple Mint, you can hardly go wrong. Whether you’re a new gardener or a seasoned dirt worshiper, mint plants are some of the most forgiving herbs around—and they’re also quite happy to grow in a variety of conditions. Considering the number of culinary and medicinal perks that come with this amazing family of plants, it’s no wonder so many people make it a point to include several varieties in their indoor or outdoor herbal gardens. If you’ve ever wondered just exactly what this variety of mint is like, or just need a few extra tips for growing it—you’ve come to the right place. Here’s everything you need to know about growing and caring for Apple Mint.

Apple Mint (Mentha suaveolens), also known as Pineapple Mint or Wooly Mint, is one of the most popular types of mint within the family known as Lamiaceae. The name Apple Mint comes from the sweet scent it emits when touched, as well as its flavor profile, which has been described as a “fruitier” version of the spearmint.

Native to southern and western Europe, Apple mint shares many of its botanical features with other members of the mint family—which can make it tricky to correctly identify. One key feature of Apple Mint is the fuzzy leaves, from which it derives the nicknames Fuzzy and Wooly Mint. While some varieties of Apple mint have variegated (or two-toned) leaves, that’s not true of all of them. These variegated leaves are most often associated with Pineapple Mint, which is actually a cultivar of the original Apple Mint.

Apple Mint has long been a garden favorite all over its native European habitats. Not only is the plant a great garden ornamental, but it’s also highly aromatic and was often planted close to monasteries and castles to deter pests, as well as being used in a variety of culinary and medicinal preparations.

One such medicinal use that has been documented extensively is in Mediterranean cultures, where it was often used to treat gastrointestinal and respiratory problems. Due to its high concentration of essential oils, Apple Mint has been used across the centuries in a variety of applications—notably for its antiseptic and insecticidal properties.

Apple Mint was first introduced to North America by the Europeans and has quickly become a favorite garden herb stateside as well. Like many mint family members, its unfussy nature and aromatic and medicinal properties make it an easy choice for many gardeners.

With roundish, serrated fuzzy leaves and hairy stems, this herbaceous perennial can grow up to two feet tall. It’s also an effective ground cover that can spread out several feet from its original planting location. Some gardeners opt instead for container planting whenever working with this and other varieties of super-spreading mints.

Although it sometimes appears with variegated leaves (in bands of white and green), many Apple Mint plants are purely green with terminal spikes of pink or white flowers. Apple Mint blooms throughout the growing season, often starting to flower more heavily in the late summer and through the fall season.

Like we mentioned up top, Apple Mint has a variety of at-home uses. When it comes to culinary uses, the muddled leaves of fresh Apple Mint are most often added into cocktails and teas. Because of its unique minty-fruity flavor profile, Apple Mint is also used to make sauces or rubs for a variety of chicken, lamb, and seafood dishes. It also makes a great addition to jellies, brines, and chutneys when roughly chopped. While other varieties of mint are often used as a garnish, the fuzzy leaves of Apple Mint make it less than ideal to eat whole.

When it comes to medicinal uses, this aromatic mint variety has been known to soothe upset stomachs and respiratory infections. Like many aromatic plants, Apple Mint also has antiseptic and anticonvulsant properties. Furthermore, it’s a highly effective insecticide that can be planted around other pest-prone plants as an added layer of protection in your garden or outside your home.

Apple Mint has no known toxicity. That being said, all aromatic plants should be approached cautiously when it comes to children and pets. The reason? The same essential oils that lend Apple Mint its fragrant qualities can also cause adverse reactions if handled extensively or ingested in large quantities.

How to Grow Apple Mint

Growing Apple Mint isn’t hard, but there are several tips and tricks to keep in mind for the best results. Here are the main things you’ll want to know before adding Apple Mint to your herbal repertoire.

When planted in the best of conditions, Apple Mint can grow anywhere up to two feet tall, and can easily spread as wide, due to its tendency towards sending out “stolons”, aka runners. These then form individual colonies of new plants, which can readily take over your garden if you’re not careful.

Because of its pest-deterring qualities, many gardens prefer to dig up and replant overgrown Apple Mint clusters around their gardens to protect other more pest-prone plants like vegetables. If you find yourself with the happy problem of “too much mint” you might consider this strategy (or container gardening) to keep your mint under control.

The number one thing to do before planting your Apple Mint is to pick a good spot for it. Apple Mint requires well-draining soil that gets good sun and part shade. Soils with a pH of 6.0. to 7.0 are best, and the plant can thrive in USDA zones five through nine. Pick an underdeveloped corner of your garden where the mint won’t crowd out other plants. You may also choose to plant your mint as a natural border to repel deer, rabbits, and other pests from entering your garden. Some gardeners even swear by planting Apple Mint alongside their cabbage, peas, tomatoes, and broccoli to improve the flavor of the crop.

Another thing you’ll want to do before planting your mint is to amend the soil. Unlike other mint varieties, Apple Mint prefers rich soil. Soil should also drain well, and if your garden tends towards dense clay— it can be helpful to churn the soil a bit. You may also want to consider adding in some organic compost or fertilizer to improve your soil prior to planting.

Although mint can be grown from seeds, you’ll have much quicker success purchasing small plants or obtaining cuttings from a friend’s garden. Unless you have a long growing season (or a greenhouse in which to start your seeds early) consider using one of these methods.

Like we mentioned earlier, Apple Mint prefers part sun and part shade. Although it will tolerate full sun, this particular mint variety likes moist soil—which can be harder to maintain in a garden being blasted by heat.

Apple Mint will tolerate a variety of climates from dry to humid. Just keep in mind that this particular type of mint likes moist, well-draining soil—which provides its spreading rhizomes with plenty of nourishment, without keeping its deeper roots too wet.

How to Care for Apple Mint at Home

Apple Mint should be watered regularly, and not allowed to dry out too much between waterings. This type of mint is slightly more sensitive than other varieties, preferring partial sun and moist soil.

Because Apple Mint likes rich soil, fertilization is an important part of the equation when it comes to caring for these plants. Consider investing in some organic compost or fertilizer to amend your soil, and allow for better drainage and a more nutrient-rich environment.

Pruning mint is fairly straightforward and should take place in its second year of growth just before blooming. After mint blooms, it can sometimes lose part of its potency, so it’s best to harvest before that.

To prune your mint, simply pinch off the stalks at an intersection of leaves or just above wherever you see a new leaf coming in. This will guarantee that your plant continues to grow healthy, and look good in your garden.

Mint propagation is a great way to start new plants without the trouble of growing from seed. To do this, you’ll want to take several mint cuttings from the tops of plants (typically no longer than 8cm in length) and place them in a glass of water.

After several weeks, you’ll start to notice small roots sprouting from the base of your cuttings. Once they’re several centimeters in length, they’ll be ready to plant.

Common Apple Mint Issues & How To Treat Them

Some of the most common issues with Apple Mint (besides it spreading too quickly or too far) are common garden pests like aphids and mites, as well as diseases like mint rust. Mint rust is a fairly common disease found on plants that are watered overhead by sprinkler irrigation systems. If water remains trapped on leaves, “rust-like” spots may appear. The best way to avoid this is by watering mint plants at their base, or using a drip irrigation system (which is more effective than a spray one anyway). When it comes to dealing with aphids or spider mites, the best thing to do is treat the plants with neem oil or dish soap. Just be sure to properly identify any issues with pests or diseases before starting a treatment plan as you may end up doing more harm than good!

Although a slightly pickier variety of mint, Apple Mint is still on the whole, relatively easy to grow and care for. The best way to go about growing and cultivating this deliciously aromatic plant is to take full advantage of its distinctive features: Like the fact that it can act as a natural insecticide while also improving the flavor of your garden legumes.

Choose a partly-sunny corner of your garden near some of your favorite veggies to install this wondrous variety of mint. Because of how much care and attention is required by a vegetable garden, this will allow you to keep a close eye on the progress of your mint, while also enjoying the very same lush aromanticism that keeps unwanted garden pests at bay. 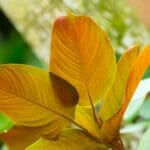 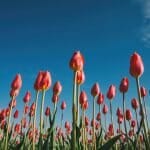 Where to Position Prayer Plants in the Home

Where to Position Money Tree Plants in the Home

When and How to Fertilize Dracaena Marginata Plants