Lesser celandine may be an attractive ground cover plant with its own history and meaning, but it’s also considered an invasive problem in many areas. It’s also known as fig buttercup due to its attractive green leaves. Here we’ll take you through everything you need to know about the meaning and symbolism of Lesser celandine flowers, their history and origins, uses and benefits, plus essential tips for growing and caring for Lesser celandine at home. 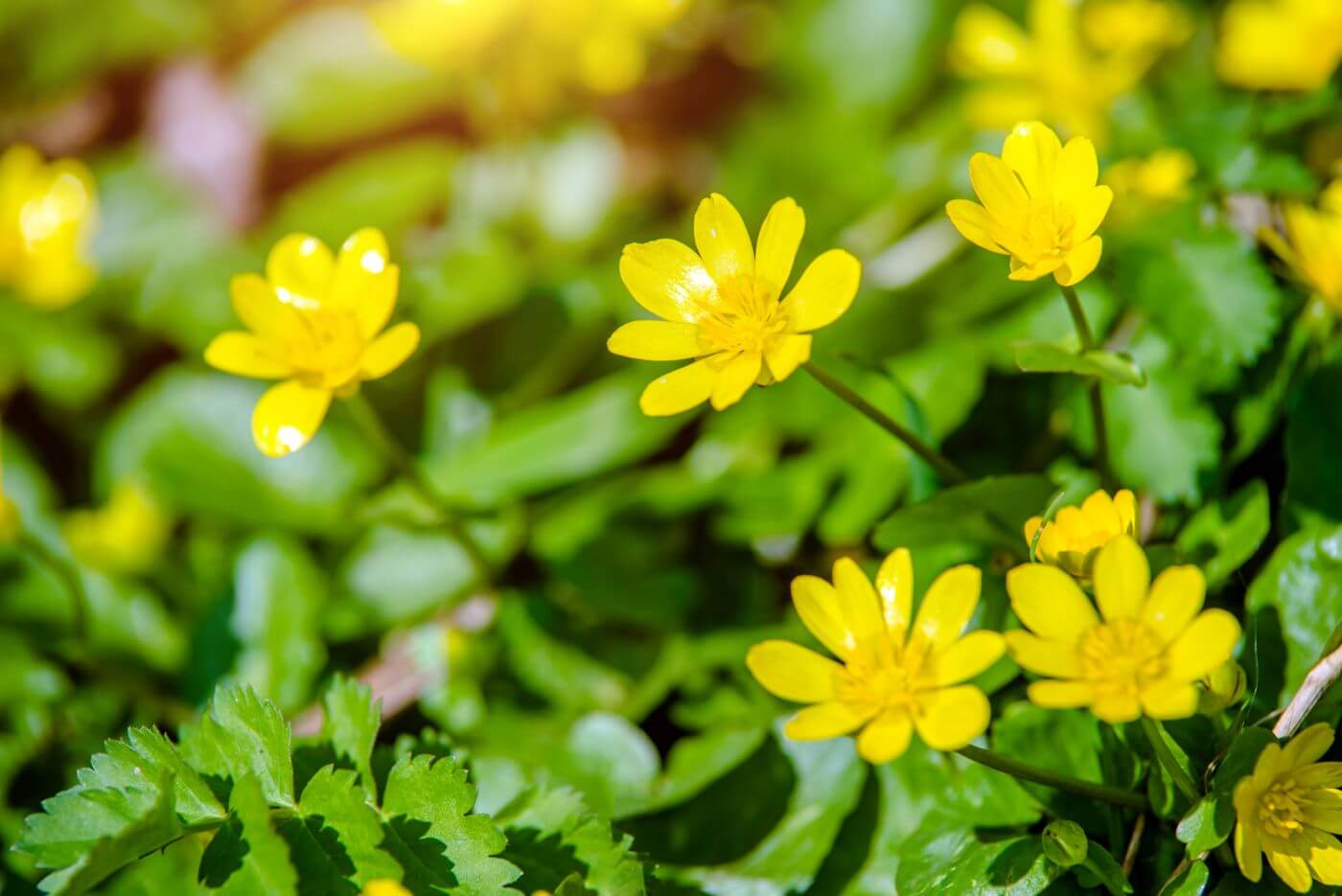 The Meaning & Symbolism of Lesser Celandine

Lesser celandine has long held the symbolic meaning of the return of the sun’s power in the spring in European cultures. It also earned the meaning of a cure-all herb during the medieval period and became a symbol of good things to come during the Victorian era.

Lesser celandine is better referred to as Ficaria verna, although it was previously known as Ranunculus ficaria. The Ficaria genus is small and mainly includes varieties of the Lesser celandine. It’s part of the larger Ranunculaceae family, which is full of true buttercups and other popular flowers like Clematis.

Lesser celandine is a distinctive and attractive plant with thick heart-shaped foliage that forms a bright green mat over the ground. It also features bright yellow flowers that are similar to buttercups with slightly more separated petals. There is no particular scent to the flowers.

What Regions are Lesser Celandine Flowers Native to?

This plant is primarily native to Europe, along with populations spread through Asia and Northern Africa. Thanks to its introduction as an ornamental plant, it’s also found wild in most of North America as well.

When are Lesser Celandine Flowers in Season?

Like many other buttercups, Lesser celandine primarily blooms in early spring from March to May. It’s an early spring ephemeral that often only appears for a few days to a few weeks at a time. Once the flowers have completed their lifecycle and the seeds are released from the pods, the foliage tends to die back and disappear again. This makes it easy to plan timed plantings for a mixed bed where summer flowers come in after the Lesser celandine.

Lesser celandine plants were only found in their native range for centuries, but by the mid-1800s it was spread to North America as well. Most botanical historians believe it was purposely introduced as an ornamental garden plant and then spread rapidly into the wild.

The Ficaria verna name comes from the Latin diminutive for figs. Lesser celandine was chosen as its name due to its flowers resembling those of the Greater celandine. Verna is a reference to its habit of growing and flowering early in the spring rather than during the rest of the summer and fall.

Thankfully the most attractive bronze-leaved and double-flowering varieties are also less invasive because they spread slower and set less seed. Collarette is popular for its double flowers, while Salmon’s white has bright white flowers with an open shape. The Brambling cultivar is grown for its unusual bronze horseshoe shaped foliage instead of its flowers, which are small and green. The most common cultivars grown today include:

Lesser celandine is an interesting plant because it is highly toxic and irritating to humans and animals alike. It’s routinely removed from pastures to keep livestock from developing painful blistering on the mouth. Gloves must be worn when removing or handling it for that reason, and it shouldn’t be planted around pets or children.

However, when it’s dried out and powdered or thoroughly cooked, it can be safe to consume in small amounts. It’s not recommended for use by anyone with liver or kidney issues. This has led to a long history of use in European herbal medicine.

The flowers are also attractive to bees and butterflies alike.

The color of every flower also plays a role in its exact meaning. Thankfully, Lesser celandines only come in three different color variations to make it easy to narrow down the symbolism of the bloom.

The Cultural Significance of Lesser Celandine

One of Lesser celandine’s most enduring meanings comes from its habit of blooming early. In the cooler parts of Asia and Northern Europe, it can be one of the earliest flowers to emerge in the spring. This lent it a meaning of hopefulness and looking forward to the future. As an early spring flower, it’s a cheerful reminder that winter eventually ends no matter how difficult it was.

The flower is also known as Grian in Gaelic, which is a reference to the sun. This clearly links it to the symbolism of the return of the sun each year, giving it a hopeful meaning throughout most of European folklore.

In addition to being a symbol of spring and rebirth, Lesser celandine took on another meaning during the Medieval period. European cultures across the continent gave the plant a meaning of healing and made it a general cure-all. It was widely recommended in the oldest written materials as a treatment for everything from insomnia to pain. Lesser celandine even ended up linked to increasing milk production when hung in the cow barn, even though it’s unsafe to feed to the cows themselves.

The Victorians assigned meaning to practically every flower they cultivated, including the sometimes troublesome Lesser celandine.

With a long history of symbolizing hopefulness in Europe, it’s not surprising that it was assigned the meaning of “joy to come” in the Victorian flower language. People would include it as part of a bouquet to wish hope and joy for the recipient, especially if they were going through a hard time.

How to Grow and Care for Lesser Celandine at Home

Thanks to its easy growth habit and tendency to spread, Lesser celandine tends to be difficult to control rather than hard to establish.

Keeping it in a planter or hanging basket and removing seed pods before they dry and open can keep it from spreading. Since it is considered invasive in 25 states in the United States, make sure it’s legal to grow in your area before planting it.

It’s generally grown from established plugs, but it can be grown from seed if you can stratify them before planting. If you choose a variety that isn’t considered invasive, it makes a good ground cover for beds and around paths.

Lesser celandine prefers moist soil and heavily shaded areas, such as low-lying wetlands. Bright light and dry soil tend to kill it off.

It is hardy to USDA zones 4 to 8 as long as it has the right conditions. It doesn’t respond well to fertilization.

Cut Lesser celandine flowers tend to fade after just a day or two in a cut flower bouquet, but holding them at cold temperatures for 12 hours before displaying can help get an extra day out of them.

Lesser celandine may be a beautiful low-growing plant with a rich history behind it. But it can also become a problem that drives out other more sensitive wetland plants if allowed to spread without control. Make sure to take responsibility for any Lesser celandine you plant and keep it contained. Choosing the right variety that is rated for low invasive potential will let you enjoy its beauty and symbolism without risk to the environment.

Is lesser celandine an invasive species?

Lesser celandine is native to much of Europe, but it is considered invasive in other areas like North America.

With thorough cooking, Lesser celandine can become safe to eat or use as a dietary supplement. However, it can cause liver or kidney damage.

What is lesser celandine used for?

It’s primarily used as a ground cover and ornamental plant, but it is also used as a medicinal herb in some cultures.

What does lesser celandine symbolize?

Due to its early growth habit and sunny yellow flowers, Lesser celandine represents hope and joy to come in the future.

Where does lesser celandine grow natively?

Lesser celandine to native to most of Europe, Northern Africa, and much of Asia, but it is naturalized in many countries now. 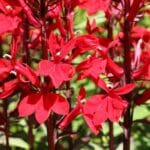 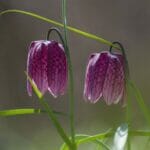