Hellebore flowers are beautiful to behold with graceful sepals and vibrant, nectar-holding petals. These flowering plants are not only beautiful to look at, but Hellebores are also rich with symbolic meaning and multiple mentions in mythology and folklore. 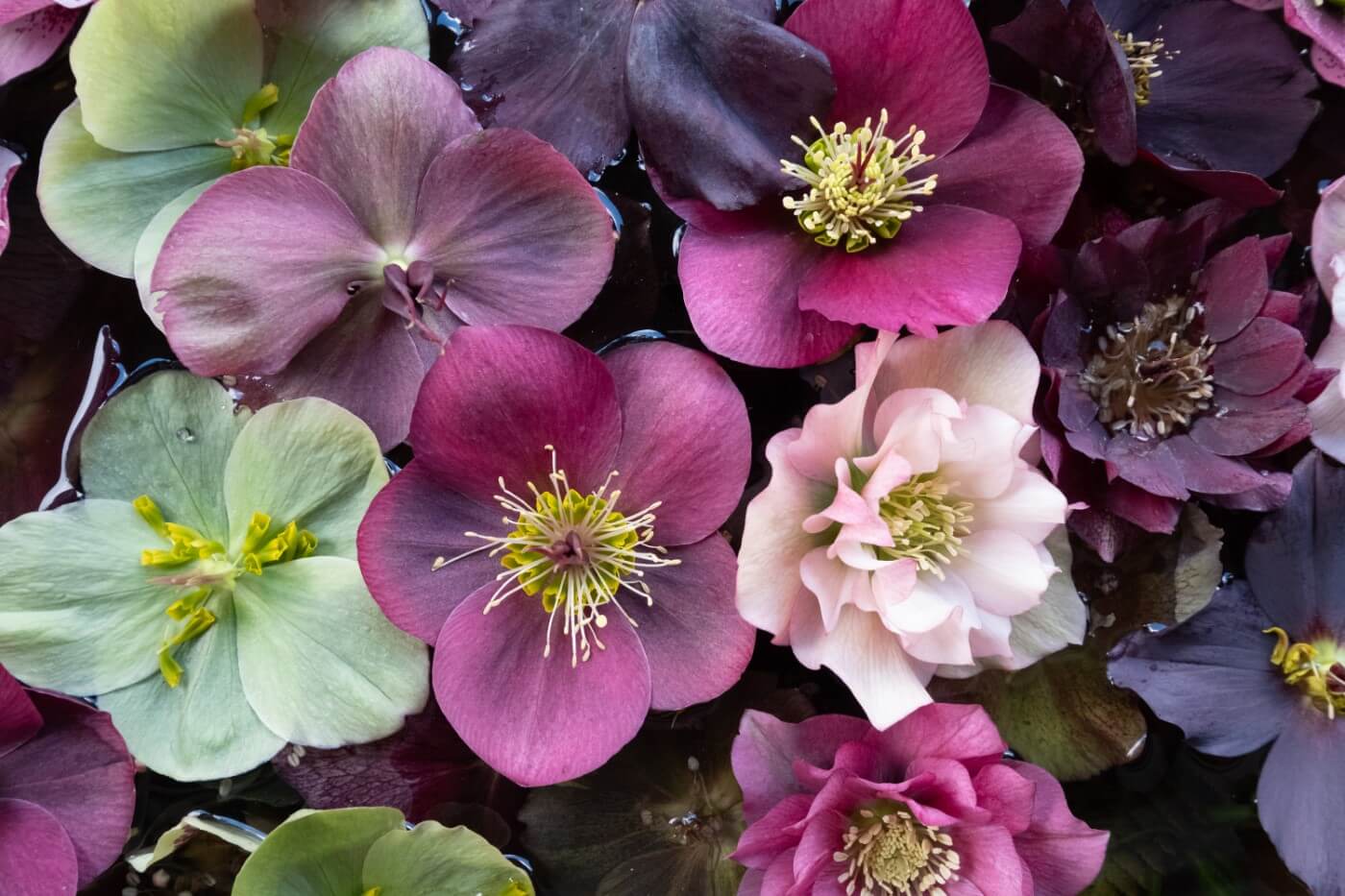 The Meaning and Symbolism of Hellebore Flowers – The Essentials

In the Victorian language of flowers, hellebore symbolized delirium, according to The Language of Flowers printed in New York in 1834. Today, hellebore’s symbolic meanings include peace, serenity, and tranquility in addition to anxiety, stress, and scandal.

About 20 species of plants (and several subspecies) are commonly called hellebores or hellebore flowers. These species of flowers belong to the Helleborus genus within the Helleboreae tribe, the Ranunculoideae sub-family, and the Ranunculaceae plant family.

Hellebores come in both herbaceous and evergreen varieties. The plants feature rosettes of foliage that can range in color from dark and dusty green to a vibrant lime-green. From the foliage, shoots in either green or burgundy rise up to support the alluring blossoms of the hellebore plant. Hellebore blossoms feature five petal-like sepals and a center of nectaries that are actually modified petals that hold the plant’s nectar.

Hellebores bloom with sepals in several interesting colors and shades, including green, yellow, apricot, orange, maroon, pink, lavender, purple, blue, slate, nearly black, and white. Some feature solidly colored sepals, while others blossom with variegated patterns of two or more colors. These perennial plants are self-seeding and grow back every year to bloom anew.

To What Regions Are Hellebores Native?

Hellebores are primarily native to the Balkans, with various species’ native lands spreading westward throughout Europe and eastward into Asia. There are two atypical species. One of which is native to western China and the other to a region between the border of Syria and Turkey.

Carl Linneaus first established the Helleborus genus in 1753 in the first volume of Species Plantarum.

When Are Hellebores in Season?

Hellebore flowers tend to bloom from November (late autumn) through April (late spring), and most stay in bloom for about a month. The specific season and bloom time of hellebore flowers depends on both the species and climate (growing zone). In warmer climates, hellebores will bloom earlier in winter. In cooler climates, most hellebores blossom in early spring.

Uses and Benefits of Hellebore Flowers

All parts of the hellebore plant are poisonous to people and pets. Historically, certain species of hellebore were used medicinally. However, any ingestion of the hellebore plant can put a person at risk of poisoning, severe illness, birth defects, and more issues. Plus, handling these plants without gloves can cause dermatitis, skin irritation, and rashes.

Due to the toxic nature of these plants, their use is primarily ornamental, and they are lovely to grow in gardens, as their beautiful blossoms brighten up the dreariness of winter.

The Meaning, Symbolism, and Cultural Significance of Hellebore Flowers

Hellebore Flower Meaning in the Victorian Language of Flowers

According to The Language of Flowers printed in New York in 1834, hellebore flowers symbolized delirium during the Victoria era.

In modern traditions of flower symbolism, hellebore’s symbolic meaning is slightly more palatable. Today, hellebore has come to represent peace, tranquility, and serenity. However, it still has a somewhat sinister side, representing scandal, stress, and anxiety.

Hellebore Flower Colors and Their Meaning and Symbolism

Hellebore Flowers in Myths and Folklore

According to the Greek botanist and pharmacologist Dioscorides, a goatherd reportedly used black hellebore to cure King Proteus’s daughters of madness by purging them.

This isn’t the only place where hellebore is referenced as a cure for madness. In Greek mythology, Melampus was said to have used hellebore to cure the daughters of the king of Argos after Dionysus struck them with a madness that caused them to weep and scream while running naked through the city. Hellebore was also said to have cured the madness of Heracles (brought about by Hera) that caused him to murder his children.

Rather than being used as a cure, hellebore appears in accounts of the Siege of Kirrha by the Greeks in 585 BC as a method of poisoning the city’s water supply. Reportedly, the city’s defenders were weakened by diarrhea which rendered them unable to defend the city.

Specifically, the species Helleborus niger which is commonly called the Christmas rose has close associations with Christianity. This flower appears in an old legend that said a Christmas rose sprouted in the snow where a girl’s tears fell after she had no gift to offer Jesus at his birth in Bethlehem.

Since they are usually in bloom around the Christmas season and during Lent, hellebores have become popular perennials to give as gifts around the holiday season, during Lent, and at Easter time. They can be an unexpected and fun alternative to the more traditional living holiday gifts of poinsettias, amaryllis, Easter lilies, tulips, and daffodils.

What does a hellebore flower symbolize?

In the Victorian language of flowers, the hellebore symbolizes delirium. In modern traditions of flower symbolism, the hellebore represents peace, serenity, and tranquility, in addition to scandal and anxiety.

Hellebores are not considered to be traditionally lucky flowers. However, green flowers can be a symbol of good fortune, so green hellebore varieties could be considered to be somewhat lucky.

Do hellebores come back every year?

Yes, hellebores are perennial flowers that bloom every year.

How long do hellebore flowers last?

Most species of hellebores produce flowers that blossom for about a month.

Do hellebores flower more than once?

Hellebore plants produce flowers that bloom once per year.

Alluring Plants for Your Winter Garden

Hellebore flowers come in several varieties and hybrids that can lend your winter garden a lot of variety. You’ll love to see the beautiful rainbow of colors sprout against the dreary backdrop of the coldest season.

Where to Position Aglaonemas For Optimal Growth and Feng Shui Benefits 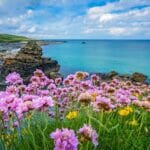