Everything You Need to Know About Flax Flower Meaning, Symbolism, and Cultural Significance

Flax has been an important plant and a part of cultures around the world for millennia. It was one of the first plants used for fiber purposes, specifically fine linen cloth for religious use and everyday wear. With that kind of history behind it, it’s not surprising that the flowers have also taken on plenty of symbolism in the language of flowers. Here we’ll take you through everything you need to know about Flax flower meaning, their history and origins, uses and benefits, and cultural significance around the world today.

Flax is a flower with complex meanings ranging from wisdom, and creativity to righteousness. As one of the oldest domesticated plants and an essential part of some religious communities, Flax overall is a symbol of domestication. It memorializes the work that humans have put into shaping their environment and adapting to it as well. It’s a good symbol of happy home life, wisdom, and virtue in religious contexts.

Flax’s scientific name is Linum usitatissimum, but it has also been known as linseed or Alasi.

Linum usitatissimum in particular is known as common Flax, the species most widely grown in Europe for food and fiber use. The flowers of this species are blue in the unimproved wild cultivar. These blue flowers have five petals and the seed pods contain small brown seeds pressed for oil or eaten as food. It’s the stems of the plant that are used for fiber production after extensive processing.

It’s believed that flax was first domesticated in the Stone Age by people in the Mediterranean region. This makes it among the first plants purposely grown by humans aside from food crops. It quickly spread across the world with the earliest establishment of trade routes throughout the Mediterranean and Europe.

Almost all widely grown Flax cultivars from this species in particular have been bred for fiber or seed production. Oil production is the goal of many popular cultivars like ‘Dorado’, ‘Neela’, and ‘Glas’. Ornamental cultivars include Linus Grandiflorum (Red Flax), and Linum Lewsii (Lewis Flax).

The common name Flax comes from the Germanic word for the plant that is derived from older proto-European languages. The root of the name originally referred to plaiting or braiding the fibers, indicating how long it has been valuable as a fabric and cord material.

The scientific name Linum is taken from the Latin for linen, which is the fabric made from Flax fibers. The second half of the name, usitatissimum, means “very common” in Latin.

What Regions are Flax Flowers Native to?

Flax is native to many parts of the world, mainly temperate parts of Europe, Asia, the Mediterranean, and the Caucus mountains. Aside from common Flax, the larger Linum genus includes flowers native to almost every part of the world. Due to the spread of the plant, Flax has naturalized in most parts of the world as well.

When are Flax Flowers in Season?

These perennial flowers bloom each year starting in May and ending by September. This window of blooming can vary a little depending on the climate and conditions, but Flax in general blooms from late Spring to early Fall.

Flax is one of the most extensively used plants in human history. It has been and continues to be used, as a fiber source, oil, food, dietary supplement, and ornamental plant.

It’s not a great feed for most livestock, but it can supply bees with valuable nectar and attract other pollinators. Flax is a good choice for ornamental and erosion control use and is popular as a cover crop to protect the soil while a field is fallow.

The seeds are edible and the oil pressed from them is used for art and wood preservation.

The Meaning, Symbolism, and Cultural Significance of Flax Flowers

Not only is Flax useful for many practical purposes, but it’s also rich with symbolism from cultures around the world that have long relied on it.

In the Bible, Flax is mentioned not for its blue flowers but for the fibers that are turned into linen cloth. Linen was considered the only clothing fit for saints due to their righteousness. It was also widely used as a wick material, as mentioned in the story of the virgins holding oil lamps for the passing of the bridegroom. This parable told by Jesus explained the importance of preparing yourself for the future, both spiritually and physically. As a symbol, linen and Flax in the bible represent being focused and blessed by God in return for it.

The Greek name for the Flax genus Linum comes from Linus, a name that also means Linen or Flax. Linus was an ancient figure that was considered to be a master of both music and eloquent speech.

In the Greek tradition, Flax flowers are a symbol of creative ability and inspiration alike. It’s a great flower to encourage someone to do their best on a presentation or speech thanks to its link to Greek mythology and the inspiration of the muses.

A Long-Held Symbol of Domestication

As one of the oldest domesticated plants and an essential part of some religious communities, Flax overall is a symbol of domestication. It memorializes the work that humans have put into shaping their environment and adapting to it as well. Not only can it represent domestic plants or animals, but it can hint at the domesticity of man.

It’s a great housewarming symbol for that reason, indicating hope for a fulfilling and blissful domestic life.

Ancient Egyptians had access to Flax, although there are still disputes on whether this was common Flax from the Mediterranean or another species in the genus. Either way, the fibers from the Flax plant were used to craft linen fabrics. These linen fabrics were held in high regard due to the work regarded for processing the fibers from the plants. Only priests were allowed to wear them, and the material was mostly used for wrapping mummies. Scraps of Egyptian linen remain today, a testament to the plant’s symbolism of endurance.

The Victorians loved linen and had Flax grown throughout many of their colonies to supply the fabric. However, the plant also grew wild in Europe enough that the flowers themselves also earned a place in the Victorian Flower Language.

The little blue flowers were often included in bouquets to symbolize the home and domesticity. As a source of the fine linens that graced many tables, it’s a fairly clear link between cozy elegance and the flower.

It’s easy to overlook the small blue flowers of Flax when it’s growing wild along the side of the road or filling the fields. But this humble flower is the national flower of Belarus since growing and exporting it has been a backbone of the country’s economy for centuries. This potent symbol of power and domesticity belongs in any bouquet for a housewarming, career challenge, or wish for creativity.

What do flax flowers symbolize?

Is the flax flower a perennial?

A few members of the Linum family are perennial, but common Flax is an annual that seeds itself instead. The plants don’t return from the roots but most flowers drop more than enough seeds to replace themselves the next year.

Can flax have white flowers?

There is a Linum species, Linum catharticum, that is known as white Flax for its flowers. Linum usitatissimum only has blue or slightly lavender flowers.

Where do flax flowers grow?

Common Flax is native to the Mediterranean and Europe, but it is widely grown in Russia, Eastern Europe, Asia, the Middle East, and Canada. It has been naturalized in many parts of the world.

How long does flax flower for?

Flax flowers continuously from May to September, replacing older flowers that turn into seed pods with new blooms until the temperatures drop. 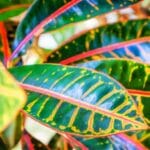 How to Grow and Care for Croton Plants at Home 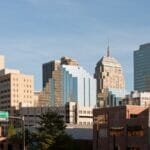