Columbine Flower Meaning, Popular Types, and How to Grow at Home

Whether you call it granny’s bonnet, bee’s cap, or Columbine, the Aquilegia genus of flowers is full of beautiful and delicate blooms. These 70 or so species that make up this genus all produce delicate and fairy-like blossoms held above sparse foliage in most cases. Here we’ll take you through everything you need to know about Columbine flower meaning, their history & origins, uses & benefits, plus our top tips on growing these beautiful flowers at home.

Columbine flowers symbolize strength, wisdom, and peace. They are commonly linked to Christianity due to the flowers resembling doves nestling together. Columbine flowers also feature prominently in Greek and Roman mythology and are the state flower of Colorado today.

About the Columbine Flower (Aquilegia)

The nearly 70 species that make up the Aquilegia genus all share similar enough appearances that they also share general meanings and many botanical characteristics. This makes it easy to mix and match different colors and varieties without worrying about changing the meaning of a gift or piece of art.

The Aquilegia genus is part of the Ranunculaceae family, making these flowers related to buttercups and crowfoot plants. Individual Columbine species within the genus include:

All Columbine plants are perennial herbs, with some growing as annuals in colder climates. They grow from thick rhizomes and produce spurred flowers in every color of the rainbow held on stalks high above the basal leaves. Most Columbine varieties have little to no scent, but Rocky Mountain Columbine (Aquilegia caerulea) has a distinctive sweet smell.

The name Columbine is derived from the Latin columba, which means dove. The flower has the appearance of multiple long-tailed doves huddled together for warmth. This inspired its original name, which has persisted in various forms through the centuries. The Latin name Aquilegia refers to the long spurs on the flowers resembling the talons of an eagle.

What Regions Are Columbine Flowers Native To?

Most Aquilegia species are native to mountainous and dry regions of North America, with some native to Europe or Asia instead. They’re widely naturalized in almost every temperature and high altitude part of the world now.

When Are Columbine Flowers in Season?

Columbines are best enjoyed from mid-spring to mid-summer in most climates. They tend to stop blooming in the heat of summer and need warm conditions to begin, so the length of the season will depend on local conditions.

Uses and Benefits of Columbine Flowers

Columbine flowers are generally only used for landscaping and as cut flowers since they are toxic.

Bees and butterflies love the single-flowering varieties of these plants since the deep cups make plenty of attractive nectar. Scented varieties are the most attractive to pollinators.

The Columbine flower is rich with meaning and symbolism regardless of the specific variety, and its symbolism also depends largely on the color chosen.

Linked to high energy, joyful, and warm meanings. Adds liveliness and happiness to a bouquet.

Encourages serenity, peacefulness, and calm in the recipient. Can symbolize a hope for healing or recovery.

Pink symbolizes happiness, youth, and grace, especially in the pom-pom style of columbine. Ideal for gifts conveying love in a non-romantic way.

Celebrates the success and accomplishments of the recipient. The color of royalty and wealth, purple adds luxury to any floral arrangement.

As elegant as they are peaceful, white flowers are commonly given to soothe grief and to celebrate anniversaries. White is the best color for flowers when you’re not trying to send a specific message either.

Embodies joyfulness and positive feelings in each sunny bloom. Yellow flowers are ideal for giving to friends or co-workers.

The Cultural Significance of Columbine Flowers

The Columbine flower has been used multiple times to represent different things in the Christian religion. First, the three-part leaves that form around the base of the plant are linked to the trinity of God, Jesus, and the Holy Spirit. Many Columbine varieties form seven different compartments on their flowers, which can represent the seven gifts provided by the Holy Spirit.

The flowers have five distinct spurs that protrude from one side, which are often used to symbolize the tails of five doves that represent the Holy Spirit. Some sects of Christianity in the past also associated the flower with the purity of the Virgin Mary.

The Meaning, Symbolism and Cultural Significance of Columbine Flowers in Greek Mythology

Because of its delicate shape and colorful petals, the Columbine was often associated with Aphrodite the Goddess of Love in Ancient Greece. Unlike most other flowers that were popular among the Greeks during their empire, they did not associate it with a specific myth like the Narcissus is famous for.

The Meaning, Symbolism and Cultural Significance of Columbine Flowers in Roman Times

Much like the Greeks before them, the Ancient Romans also saw the Columbine as a sign of love and romantic affection. That’s why they associated it with Venus, the Roman equivalent to Aphrodite during that period. The colorful blossoms, sweet scents, and nodding habits of Columbines native to those parts of Europe all inspired imagery of love in Romans and Greeks alike.

The Meaning and Symbolism of Columbine Flowers in Celtic Culture

Most of the information left about the Celtic culture and beliefs is second-hand reports, so there is relatively little known about them. However, there are a few historical accounts of Celtic belief in the Columbine being a flower that serves as a portal between worlds.

Columbine Flowers in Art and Literature

One of the best-known references to the Columbine in art and literature is in Shakespeare’s Hamlet. Ophelia makes a bouquet of flowers symbolizing her relationship with Hamlet, which is doomed to fail and lead to her death. She includes Columbines because they were believed at the time to represent ingratitude and self-occupation. Other academics claim that the Columbines actually represented the adultery of the king and queen since they are the actual recipients of the bouquet.

The State Flower of Colorado

The Rocky Mountain columbine in particular is the state flower of Colorado because it’s a wildflower native to the state. It’s one of the tallest species in the genus, with large petaled upright flowers with a noticeable fragrance.

Columbines are an ideal flower for putting together wedding bouquets or floral gifts for religious friends and family members. They’re so colorful but relatively small, so they make a great addition to a larger arrangement celebrating the start of a new relationship or an anniversary.

How to Grow and Care for Columbine Flowers at Home

What Growing Zones Are Suitable for Columbine Flowers?

Where Should I Plant Columbine Flowers?

Columbines don’t mind being mixed in with other plants but keep them all short so the blossoms can shine. They do well in both beds and containers, but they’ll need more watering in pots.

How to Care for Fresh Cut Columbine Flowers

Columbine flowers are delicate, but putting them in water immediately keeps them from drooping. Add a pinch of sugar and a splash of vinegar to the water to feed the blooms while preventing bacterial growth.

Columbine flowers are a beautiful and meaningful addition to any flower bed or garden. Consider growing these attractive perennials if you’re in the right climate. 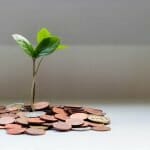 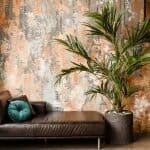