Popular during William Shakespeare’s time, the richly symbolic candytuft (Iberis) flower is a popular addition to gardens around the globe. It’s an ornamental plant that often functions as ground cover, and depending on the variety of the plant, can be annual or perennial. Its fragrant flowers smell sweet and succulent, making them a popular stop-off for bees and butterflies in spring and summer. This guide will walk you through everything you need to know about Candytuft flower meaning, symbolism, and cultural significance around the world today. 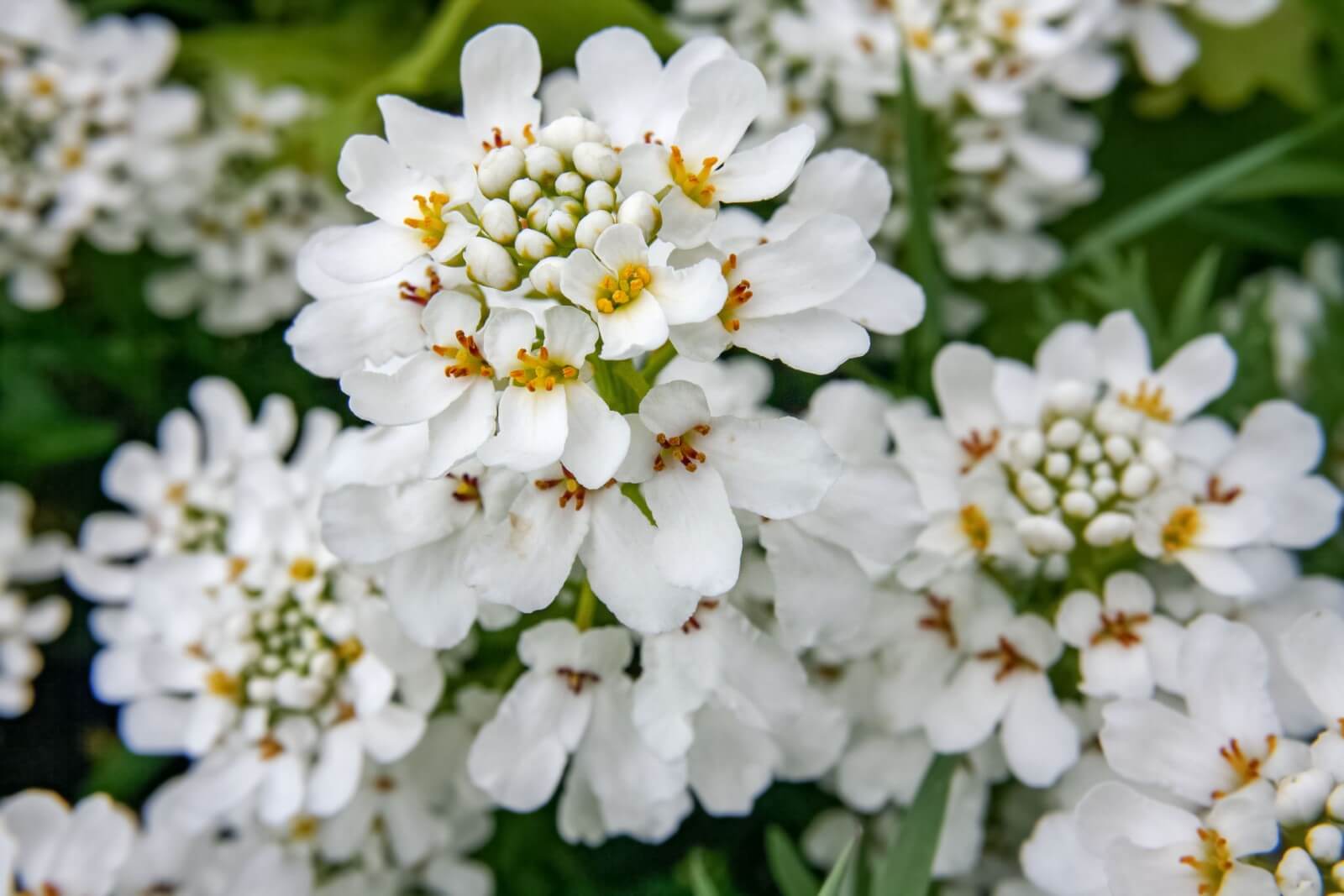 This ornamental is part of the Brassicaceae family, commonly known as the mustard family.

Although the plant technically is a woody shrub, some gardeners classify it as a perennial. In warm climates, the candytuft is an evergreen plant.

Depending on the variety, candytuft blossoms bloom in stunning colors of red, white, pink, purple, and violet, and their smell is just as delicious as their colors. The plant grows close to the ground, giving flower beds a lovely covering throughout the spring and summer.

Because the plant has such dark leaves and mostly light-colored flowers, it makes a dramatic addition to a flower garden.

Although they originated in the Mediterranean, Candytuft flowers are a popular choice for home gardeners worldwide. Mature plants measure between six inches and 18-inches. They grow best in USDA zones three through nine.

Candytuft plants require both deadheading and sheering to promote optimal growth. Annual versions of candytuft need to be removed from the garden after they die off at the end of the growing season.

The appearance of the candytuft is marked by round-shaped heads that are decorated with flat petals. Although they’re very often white, they do grow in several colors. The stems eventually grow woody in texture.

The flowers also come with a fruit seed pod measuring about four or five millimeters. The pod is separated into two chambers, with one seed inside each section.

The candytuft has several varieties. These are the globe, rocket, and evergreen varieties. The globe variety is marked by flat clusters of flowers, while the rocket variety comes with large white flowers and lobed leaves. Finally, the evergreen is used as a low-growing ground cover in gardens.

While the candytuft’s genus name comes from its Mediterranean roots, its more common name, candytuft, comes from the Island of Crete. Crete was once known as Candia, where the flower gets its name.

What Regions Are Candytuft Flowers Native To?

The candytuft’s genus, Iberis, offers plant lovers a hint at its Mediterranean origins in the Iberian Peninsula and Spain.

When Are Candytuft Flowers In Season?

Because of the plant’s origins, it blooms best in full sunlight. It also requires plenty of water at the beginning of the plant’s life, although later on in its development, it grows well in drier conditions. A slightly sandy alkaline soil that drains well provides the most suitable ground for the candytuft. It’s a drought-resistant plant.

Each plant should be spaced six to nine inches away from other plants. Lime or dolomite added to the soil makes growing conditions for the candytuft even more favorable. Home gardeners can grow them from seeds or cuttings.

Uses And Benefits Of Candytuft Flowers

Although it’s not often used in a medicinal capacity today, the candytuft was once regularly used as a digestive aid, starting in 80 A.D. Taken in the form of a tonic, this bitter-tasting concoction is said to relieve problems with the joints, including arthritis and gout. Medicinal parts of the candytuft (iberis) have also been known to cause muscle relaxation.

The seeds also have medicinal uses as a treatment for breathing issues like asthma. The candytuft’s seeds are the basis for a homeopathic remedy.

Bees and butterflies love the sweetness of candytuft (iberis). To attract the most pollinators to the garden, it’s best to plant the candytuft next to other flowering plants. Rock cress, petunias, twinspur, veronicas, and basket-of-gold flowers make lovely accent plants for this flower.

The candytuft is a popular addition to the plates of many home gourmets. Savvy home cooks grind up the seeds to make mustard from them. Eaten raw in a salad, the flowers and the leaves taste a bit like broccoli. The leaves and flowers taste slightly sweet.

The Meaning, Symbolism, and Cultural Significance of Candytuft Flowers

The candytuft left its native Mediterranean home and made its way to England during the time of the Bard himself. While we can’t say that any of Shakespeare’s 16th-century works drew their inspiration from candytufts, we can say that many people in Elizabethan England loved these blooms enough to make them a part of their gardens.

The candytuft’s lollipop-shaped flowers make wonderful moon garden flowers. Their light-colored petals reflect the moon’s light, and given that they’re usually planted around the edges of a flower bed, they add a lovely soft glow to your flower gardens at night.

In the language of flowers, candytufts carry the symbolic meaning of vitality and a zest for life which are thought to originate plant’s Iberian roots. Some plant enthusiasts associate the flower with beauty, joy, and sweetness. Conversely, the candytuft (iberis) can signify indifference.

Because of their whimsical appearance, the candytuft flowers have inspired many artists and writers. One notable example is Cicely Mary Barker’s short story “Candytuft Fairy,” whose favorite sitting spots are on candytuft flowers.

Many gardeners start their candytuft as potted plants before transplanting them outside. In light of that, it’s best to give the candytuft as a potted plant, early on in the plant’s life, along with care instructions for best results.

That said, they also make lovely flowers for bouquets in suitable arrangements. Perfect for housewarmings, thank you gestures, and more.

What do Candytuft flowers symbolize?

Candytuft (iberis) symbolizes stoicism and indifference on the negative side. On the positive side, the flowers denote joy, beauty, and sweetness.

They are not known for that, though they are associated with joy.

Do Candytuft flowers come back every year?

Some versions do. They’re evergreen plants in warmer climates.

How long do Candytuft flowers last?

In cooler climates, where they’re not evergreens, candytuft flowers bloom during the spring and early summer.

The plant has mild toxicity to dogs in large amounts. Otherwise, it has no toxic effects that have been reported.

Candytufts are lovely gifts for the backyard gardener. Their lightly-colored blooms reflect the moonlight, making them an excellent addition to a nighttime moon garden. Although gardeners often grow them as ground cover, they look equally lovely when grown in hanging baskets or on landscaping that has a slight incline to it.

Although they grow well in many climates, they need a bit of TLC upfront. It’s good to start them as potted plants before moving them to the garden. This takes about eight weeks, with the plants being in temperatures ranging from 65 to 70 degrees Fahrenheit. It can take up to 20 days for them to germinate.

Because of their whimsical appearance – they look like lollipops – and sweet smell, they have provided a source of inspiration for writers and artists throughout the decades. Candytufts are meaningful and symbolic flowers with many beneficial qualities, making them equally welcome on the tables of home gourmets, the medicine cabinets of herbalists, and of course, as resting places for bees and butterflies throughout the warmer seasons of the year. 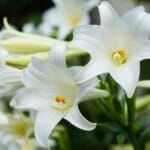 Easter Lily Meaning in the Language of Flowers 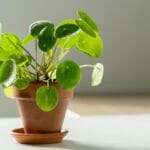