Everything You Need to Know About Blue Roses

Roses are red… roses are blue? Yes, there is such as thing as a blue rose, but they only exist thanks to science. Genetic modification has led to the development of roses that contain delphinidin, a blue pigment. In the Japanese language of flowers, blue roses mean “a dream come true.” Roses can also be dyed blue, and the deep, rich color that results lends any floral gift an air of mystery, rarity, and romance. Read on to learn more about the meaning and symbolism of blue roses.

The Meaning & Symbolism of Blue Roses – The Essentials

Roses are often associated with love and romance, and the color blue adds an air of mystery, elegance, and rarity. Light blue roses send a message of peace and tranquility, while deep blue roses may signify dreams, imagination, thoughtfulness, and creativity. In the Japanese language of flowers, blue roses symbolize “a dream come true.”

While blue roses do exist, they owe their existence to technological advances. Specifically, blue roses are either dyed blue or have been genetically engineered to contain higher levels of blue pigment.

Flowers in the Rosa genus lack enough pigment to bloom in shades of blue naturally. That hasn’t stopped people from searching for that elusive and magical blue rose throughout history. Until recent years, the closest Rosa got to blue were certain shades of purple that might just have a blue-ish cast in the right light.

Varieties that have a blue tint (or at least have “blue” in their name) include:

The History and Origin of Blue Roses

Despite their names, none of these roses are actually blue. The first rose to contain blue pigment was developed by a Japanese company, Suntory. Research began in the 1990s with the goal of isolating precisely the right two genes (out of tens of thousands) that produce delphinium, a blue pigment.

The team started by working with a type of dark violet petunia that had already been used in previous flower color research. A few key bits of known data guided the discovery process:

Using these criteria, the research team narrowed their search from more than 30,000 potential petunia genes to “just” 300 candidates. After years of work, the blue genes were decisively identified and isolated.

Now the task lay in how to introduce the two genes into cells, so roses would grow in shades of blue. Over the next decade, researchers tried multiple times to create blue blooms with little success. Keep in mind that it takes about a year from when genes are introduced until a rose plant grows enough to produce a bloom!

After narrowing down rose varieties, testing different pH levels, and crossing effective strains, the researchers produced the first true blue rose in 2002. The roses are the color of a pale twilight sky and have a fresh, appealing fragrance.

Because the roses were genetically modified, getting the necessary permits to sell them commercially took years. In 2009, Rosa ‘SUNTORY blue rose APPLAUSE‘ finally became available.

The name ‘APPLAUSE’ was chosen to represent cheers for years of hard work and because blue roses mean “dreams come true” in the Japanese language of flowers.

The Meaning, Symbolism, and Cultural Significance of Blue Roses

Blue Roses and The Language of Flowers

Roses have long carried deep meaning and can be used to send specific messages dependent on their color characteristics. In the Victorian language of flowers, rose meaning includes:

But the rarest of roses, the blue rose, is a color imbued with mystery. It signifies elegance and sends a message of rare romance. Of course, in the Japanese language of flowers, blue roses have another meaning: dreams come true.

The Victorians used blue flowers to send a number of messages. For instance, bluebells mean “humility,” blue hyacinth stands for “constancy,” blue salvia means “I’m thinking of you,” and borage signifies communicating in a blunt or direct manner.

Across cultures, blue flowers have been associated with feelings of calm, peace, and serenity. This is likely due to a connection to water and the sky. Most types of blue flowers also signify intimacy, trust, and safety. In other cultural traditions, blue is associated with mystery, the divine, and elegance.

It’s also a rare color. Historical evidence shows that humans began creating blue pigment later than many other colors, likely because the materials needed to make blue were harder to find. Some early languages didn’t even have words for blue!

The rarity of natural materials meant the color was reserved for elites, like royalty and the wealthy. Perhaps this lent blue an air of mystery and elegance, as well as links to the divine. Until the 1500s (when people started making blue dye from the indigo plant and the color became more accessible), blue was quite rare, and blue roses were even more so.

Long described as the “holy grail” of flowers, blue roses were sought but never found until the development of flower dyes. In fact, in Judaism, blue roses symbolize “the impossible.”

Many myths surround this rarest of flowers. In Chinese folklore, The Blue Rose tells of an Emperor who had a beautiful unmarried daughter. The Emperor proclaimed that the man who brought him a blue rose could have her hand.

A hundred suitors went to seek the blue rose, but only three returned with blue roses. One had painted a white rose blue, while another brought a sapphire carved into the shape of a rose. The final suitor enlisted the help of a magician to create the illusion of a blue rose, but the daughter’s hand passed through it. None were acceptable.

But the daughter was in love with a lowly gardener. He brought her a white rose… and after examining it, she declared, “this is the blue rose.” The Emperor gave in, and the two were married.

Blue Roses in Art and Literature

Blue roses feature prominently in literature. Due to their rare nature, blue roses often symbolize seeking to attain the impossible, the elite, or the mysterious. For instance, in Tennessee Williams’s play The Glass Menagerie, an elusive and unusual character is nicknamed “Blue Roses.” The flowers are presented as a gift for royalty in George R. R. Martin’s A Song of Ice and Fire, and Kipling’s poem Blue Roses is about the quest for unattainable love.

The rare flowers appear on the big (and small) screen. In Pan’s Labyrinth, the blue rose offered immortality to those who could find and pluck it. However, the thorny stems were full of deadly position, making it virtually unattainable. In Twin Peaks, blue roses are used to describe mysteries that involve the supernatural.

The flowers appear in music, too. Joni Mitchell invokes the mysterious in her 1969 song “Roses Blue.” The Jimmy Nail tune “Blue Roses” says the flowers will bloom in the snow before he lets his love go. And country music legend Pam Tillis sang of blue roses in a song of the same name.

Blue roses are rare. This makes them the perfect gift for special occasions. These elegant, unique flowers are ideal for loved ones on their birthdays, for a romantic date night, on Valentine’s Day, and for events that require that extra touch. They work particularly well in preserved and everlasting rose arrangements.

What does a Blue Rose symbolize?

A blue rose may symbolize mystery, rarity, and elegance. It may also mean attaining the impossible, rare romance, and a dream come true.

A gift of a blue rose doesn’t necessarily symbolize luck. But it does signify attaining something rare or unattainable — a dream come true — making it a good choice for someone who’s achieved something through hard work.

Is a Blue Rose a flower of love?

The blue rose has associations with romance and love. It can be used to send a message of a very special, deep, and rare connection.

What do Blue Roses mean in a relationship?

Blue roses stand for rarity and elegance. They can be used to send a message of rare love and that your loved one is your dream come true.

Cut blue rose flowers will last about a week. You can make the flowers look fresh longer by changing out the water frequently, using cut flower food, cleaning the container, and stripping leaves off the stems.

Blue roses are among the rarest of flowers, leading some to describe them as “the holy grail” of blooms. For years, blue roses could only be achieved through dying until scientists developed a genetically modified blue rose in the 2000s. The rare blue rose carries the symbolic meaning of elegance, rarity, mystery, and the ability to attain the impossible. 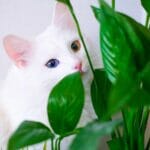