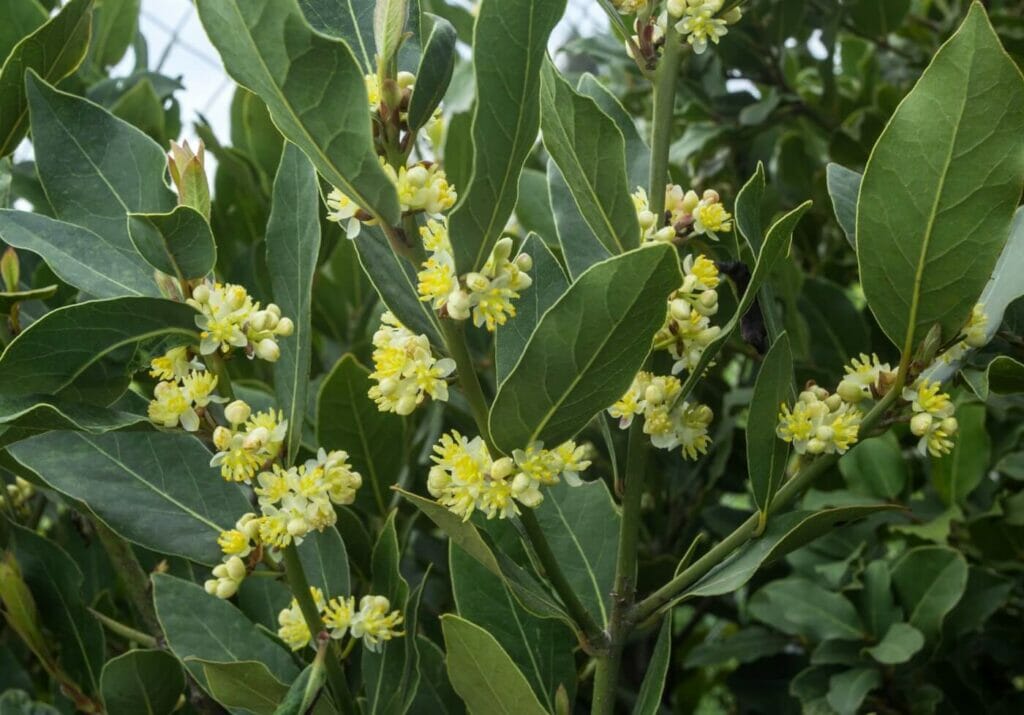 Everything You Need to Know About Bay Laurel Meaning, Symbolism, and Cultural Significance Around the World

Bay laurel has a long and storied history of symbolic use, but it’s most familiar to people today as a spice. Bay leaves can be found in the kitchens of millions that have never seen the tree in its full form. While the tree is generally only found in the Mediterranean, it can be used as decorative foliage in a bouquet or grown indoors. Here we’ll take you through everything you need to know about Bay Laurel meaning, history and origins, uses and benefits, and cultural significance around the world.

Bay Laurel’s primary meaning is glory, success, and achieving your goals at any cost. It was often given to Greek and Romans who achieved the highest ranks of society. For Victorians, it was a symbol of staying the same and devoted until death. It also had a romantic meaning in Ancient Greece.

Officially known as Laurus nobilis, the Bay Laurel shouldn’t be confused for the California laurel, or Umbellularia californica.

Bay Laurel is part of the Laurus genus, which includes other related plants like Azores Laurel and the Madeira Laurel. Lauraceae is the family containing the Bay Laurel tree. It also includes all true Laurels, Sassafras, and a few different vines. Cinnamon is one of the related trees included in the family.

Bay Laurel is a tree, although it also tends to grow as a shrub, especially when pruned regularly. It can be grown in a pot in climates where it won’t grow outdoors.

Bay Laurel has long, dark green leaves and bright yellow puff-shaped flowers that are only around for a short period.

The flowers have little scent, but the leaves have a distinct spicy-sweet odor and flavor. The trunks of the Laurel trees are rarely seen due to the way the leaves grow.

Bay Laurel has been an important spice and perfume source since the days of Ancient Greece. With millennia of use both physically and symbolically, it’s not surprising that it didn’t even originate in the Mediterranean, but rather Asia.

It was also widely traded by the start of the city-states period of Greece, indicating a long history of use before that point.

While the standard Bay Laurel tree is quite attractive on its own, there are a few carefully bred cultivars to offer gardeners more options.

This tree is a popular Mediterranean climate landscaping plant, so it’s used throughout the world where temperatures are warm enough for it to thrive.

A popular cultivar is ‘Willow Leaf’, or Laurus nobilis angustifolia, bred for narrow foliage that droops in the winter. ‘Aurea’ is also popular for its yellow-colored foliage when leaves first emerge.

The common name Bay Laurel is derived from the plant’s Latin name Laurus.

The R-sound at the end of the name changed to the L-sound as it traveled through both Old French and Old English.

It’s believed the Latin name was borrowed from an unknown Proto-Indo-European name for the tree. The Bay or Sweet often used in the name refers respectively to the preferred habitat and scent of the plant.

What Regions are Bay Laurel (Laurus nobilis) Native to?

It’s often listed that Bay Laurel is native to the Mediterranean region, but it’s believed that this tree only traveled to the region sometime before the beginning of Ancient Greek record keeping.

Genetic testing shows that the tree originally came from Asia, especially Turkish and the Middle East.

The plants are commonly grown in any warmer but temperate climate that offers the right conditions for their growth, including the warmer parts of North America.

When are Bay Laurel (Laurus nobilis) In Season?

Bay leaves can be harvested year-round, but the tree or shrub only flowers in the spring.

The small and somewhat hard-to-notice yellow flowers tend to only appear for a few weeks and then disappear again.

The tree is evergreen, so the Bay leaves aren’t lost in the winter, although the color of the leaves may change slightly between the seasons.

One of the earliest recorded plants used by humans for medicinal purposes, Bay Laurel has a long history of varied uses.

It’s used whole in many recipes and then removed to infuse flavor into stews, casseroles, sauces, and similar dishes. Ground bay leaf is used as a seasoning for poultry, seafood, and cocktails like the Bloody Mary.

Extracts from the leaves and flowers of Bay Laurel have long been used in perfume and incense production.

Bay Laurel is also popular among bees, but the limited frame of flowering means it’s only helpful as an early spring source of nectar.

Greek and Roman writers thought that the plant could cure a wide range of illnesses, but modern research shows those hopes were too ambitious.

The Meaning, Symbolism, and Cultural Significance of Bay Laurel

This tree first acquired its symbolic power in Ancient Greece, where it was associated with the nymph Daphne. She didn’t return the affections lavished on her by the god Apollo, so she asked the goddess Gaia for help. Gaia either transformed her into the Laurel tree or whisked her away and left the tree in her place. Apollo used the tree’s branches to fashion a mourning wreath, giving it a meaning of unrequited love and affection.

Bay Laurel was also linked to prophecy and the art of foresight due to the use of the leaves in the rituals of the Pythia oracle.

Finally, games and contests held in the name of Apollo gave out Laurel wreaths as the reward, and the leaves symbolized the highest levels of Greek society.

Romans also carried over the use of Bay Laurel flowers and leaves for symbolic purposes as well as practical ones.

The strong link with Bay Laurel leaves and success comes from this culture in particular. Roman poets were crowned with Laurels as the highest honor from the state, while the leaves were added to water for purification purposes during rituals. They were not burned, which was considered an offense to the gods evidenced by the crackling noise made by the leaves.

In addition, Bay Laurel was linked mythically to many popular Roman Emperors as a symbol of their rank, most notably Caesar Augustus.

The term “resting on your laurels” came from this period since people awarded Laurel wreaths were often set for life due to their high rank.

Bay Laurel in the Victorian Language of Flowers

While Victorians were well aware of Bay leaves and their many uses, they didn’t widely use the plant in flower arrangements. This is likely due to the fact that the flower is relatively small and only blooms for a brief period each spring.

The foliage is a bit large to use in the small and tightly packed bouquets popular during this period as well. However, the Bay Laurel was still used occasionally to symbolize constancy and not changing until death. This kind of promise of long-term stability was often exchanged between potential or committed partners.

Bay Laurel is an image taken from the Ancient Roman culture that was well known to the Apostles. Specifically, Paul mentions Bay Laurel as a crown for victors, and later compared favorably against a gold crown as a reward for those who persevere in their faith. Through this, it has become a popular symbol for dedication in the Christian faith.

As a symbol of success, power, rank, and devotion, the Bay Laurel is a potent plant to add to a landscape. Yet the cuttings of its flowers or foliage can add beauty and meaning to a flower arrangement as well.

In the right climate, Bay Laurels planted in the ground can grow up to 6 feet per year once they get established.

How big do bay laurel plants get?

Ground-planted Bay Laurels may reach 40 to 60 feet in height and 15 feet in canopy width. They can be pruned to smaller and more manageable sizes as well.

What do bay trees symbolize?

Can you grow bay laurel indoors?

Bay Laurels are easily kept in a pot and moved indoors in the winter to keep them alive in cooler climates. They must be pruned regularly if kept this way. 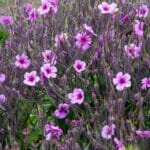 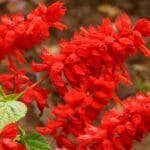