Everything You Need to Know About Balloon Flower Meaning, Symbolism, Popular Types and Uses

The balloon flower (Platycodon grandiflorus) graces the landscape with long-lasting blue blossoms from mid-summer through fall. This popular perennial’s symbolism stems from its star-shaped blooms; in different cultures, the flowers represent the five senses and the five elements of the Tao. Here we’ll take you through everything you need to know about the meaning and symbolism of Balloon flowers, their history and origins, popular types, and suitable gifting occasions today.

The Meaning & Symbolism of Balloon Flowers – The Essentials

To the Victorians, balloon flowers carried the symbolic meaning of endless love, honesty, and obedience. They also stood for the desire for a friend to return. In Japan, the star-shaped flowers’ five points represent the five elements of the Tao. In regions of Europe, balloon flowers stand for the five senses.

Balloon flowers, also known as platycodons or Chinese bellflowers, are the only member of the Platycodon genus. Platycodon belongs to the Campanulaceae family, which contains about 2,400 species of herbaceous plants across 24 genera.

Balloon flowers’ common name comes from their flower buds, which swell like little hot air balloons. These clump-forming perennials grow to about 2.5 feet tall and have toothed blue-green leaves.

Platycodon buds puff up before bursting open in five-pointed, star-shaped blooms. The blossoms are blue, purple, pink, or white, depending on the variety. Flowers can reach up to 3 inches across atop 30-inch tall stems. Interestingly, these flowers possess little to no perceptible fragrance.

Ballon flowers have long been a favorite in their native China, Japan, and Korea. Here, they’ve been valued for their many culinary and medicinal uses for centuries.

They were first introduced to European gardeners in 1844. Robert Fortune, a Scottish botanist, came across the plants on a tour of eastern China. Fortune sent specimens to the Horticulture Society of London.

The ‘Fuji’ cultivars are the most common playtcodon cultivar found in home gardens. These varieties have pink, white, or blue blossoms atop tall stems. ‘Fuji’ is thought by many to be the best type of balloon flower to use in cut flower arrangements.

Other popular varieties include:

“Platycodon” comes from the Greek platys, which means “broad,” and kodon, which means “bell.” This refers to the shape of the balloon flower’s corolla, which opens in a broad, flat bell shape

What Regions are Balloon Flowers Native to?

Balloon flowers are indigenous to Eastern Asia. Here, they grow across hilly regions of China, Siberia, Korea, and Japan.

When are Balloon Flowers in Season?

Balloon flowers bloom in summer. In most regions of North America, expect to see blooms in a period that ranges from June to August.

Uses and Benefits of Balloon Flowers

Balloon flowers have culinary uses, as well. In Korea, platycodon roots are eaten fresh or dried. Called doraji, the root is a common ingredient in many dishes and is often cooked with rice, used to flavor syrups, in tea, and in liquor. As it may have a bitter taste, the root is prepared by soaking, scrubbing with sea salt, and repeated rinsing.

Balloon flower is not known to be toxic. This popular ornamental plant attracts bees and other pollinators with its brightly colored blossoms and accessible stigma and pollen.

P. grandiflorus flowers bloom in blue shades. Cultivars and varieties also bloom with purple, white, and pink flowers. In the language of flowers, balloon flowers stand for endless love, honesty, and obedience. To the Victorians, a gift of balloon flowers may also symbolize the desire for a friend to return.

The color blue in the language of flowers has also long carried the symbolic meaning of serenity, calmness, and peace, thanks to associations with the sky and the water. Historically, rare blue blossoms have also symbolized intimacy, safety, trust, and openness. In some cultures, blue stands for mystery, inspiration, and sympathy.

The color purple meanwhile has taken on the meaning of royalty and elegance in other cultures around the world. Purple flowers are commonly gifted in recognition of successes, admiration, and romance.

The Cultural Significance of Balloon Flowers

Balloon flowers have played a role in Japanese myth and folklore. There, the flower is called kikyo, which means pentagram. The balloon flowers’ five-pointed blossoms stand for the five elements of the Tao, which include wood, water, fire, earth, and fire.

The platycodon is also one of Japan’s “Seven Flowers of Autumn.” Often a focus of haiku and literature, the seven flowers featured prominently in royal gardens. In medieval Japan, the balloon flower was a symbol of magic and divination. Several important clans used an image of the Japanese bellflower on their seals.

European folklore features the balloon flower, as well. In Greece, the five-pointed flowers are said to represent the five senses: Touch, sight, hearing, smell, and taste. Philosophers also used these flowers to symbolize the elements of earth, water, fire, wind, and the ether.

For Wiccans, the flowers take the shape of the pentagram. This five-pointed star is thought to be imbued with magical, or even divine, properties.

The balloon flower’s association with friendship makes it a perfect addition to floral gifts between friends. As it’s also linked to endless love, obedience, and honesty, balloon flowers are appropriate for anniversary bouquets, as well.

Balloon flowers have long been valued for their many culinary and medicinal uses. From soups and teas in Korea to Chinese traditional medicine, these lovely plants provide both sustenance and healing. Balloon flowers are rich in folkloric meaning, as well. Their five-pointed star shape has been linked to the elements, the senses, magic, and the divine, as well as being a symbol of royalty and status. In the Victorian language of flowers, balloon flowers symbolize obedience, honesty, endless love, and the value of friendship.

What do balloon flowers symbolize?

Balloon flowers symbolize endless love, honesty, obedience, and the desire for a friend to re-enter one’s life. In folklore traditions of Asia and Europe, the pointed, star-like shape of a balloon flower has symbolized the five senses, the five elements, status, and connections to magic and the divine.

What fragrance do balloon flowers have?

Balloon flowers do not possess a notable fragrance. Their main attraction is their balloon-shaped buds that burst into beautiful, star-shaped blossoms in shades of blue, purple, white, and pink.

Do balloon flowers come back every year?

In temperate climates, balloon flowers are perennial and will flower year after year.

Balloon flowers are not registered as an invasive species in North America.

How much sun do balloon flowers need?

Balloon flowers thrive in full sun exposures, or six to eight hours of direct light per day, in cooler climates. In hotter regions, they may grow better in partial shade exposures. 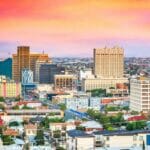 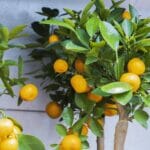