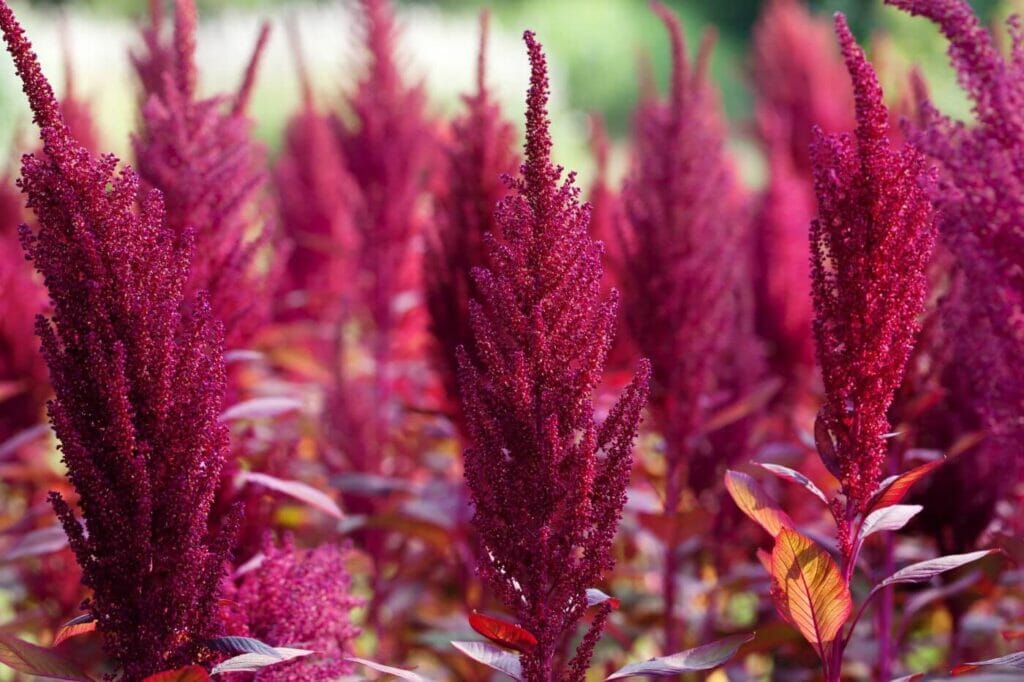 Everything You Need to Know About Amaranth Flower Meaning, Symbolism, Types, and Uses

Beautiful amaranth is a common enough sight in home gardens and along the borders of parks. It also works well as a bouquet specimen and a dried flower, making it a popular choice for florists as well. Amaranth is a plant with a very long history, first cultivated more than four millennia ago as a crop, though today it’s mostly used as an ornamental. Here we’ll take you through everything you need to know about Amaranth flower meaning and symbolism, their rich history and origins, plus the best gifting occasions and care tips for fresh-cut Amaranth flowers.

Amaranth is an interesting combination of Old World name with New World history. Amaranthus was a Greek figure, from which the name of the flower was taken. Native to Central America, they have played a big role in Aztec religious ceremonies. In the language of flowers, Amaranth carries the symbolic meaning of immorality and enduring love.

With more than 60 varieties worldwide, amaranth is now a well-established cosmopolitan plant. It is studied in China and the Americas for its crop potential. It is also used in gardens across the world.

The Amaranthus genus contains dozens of varieties. It belongs to the Amaranthaceae family. Interestingly, this family is the most “species-rich” within its order, Caryophyllales.

The best-known of the amaranths is Amaranthus caudatus, referred to commonly as love lies bleeding or love-lies-bleeding. While there exist a few other well-loved cultivars (see below), most of these are weeds. These are known as pigweeds.

Amaranth has lighter green pinnate leaves growing on tall stalks. The plant typically reaches 2 to 4 feet under cultivation as an annual garden plant.

The most striking aspect of amaranth is the flowers. They grow in drooping tassels, which give rise to its other common name, tassel flower.

One of the more limited flowers, amaranth has a very basic color palette. The most common colors include red and purple. It is also known to bloom in fuschia and burgundy. When preserved, it can lighten to lilac and pink.

Native to North and Central America, ancient peoples cultivated amaranth as much as 4,000 years ago. It was a daily part of Aztec life. Native American tribes once foraged for wild species as well.

In addition to love-lies-bleeding, Amaranthus gangeticus is a popular amaranth. It is also called Joseph’s coat and fountain plant. Rather than showy flowers, this cultivar sports leaves with a fascinating lime green to red coloration.

Prince-of-Wales feather or prince’s-feather is another popular species. This one has deep burgundy flowers in the same drooping tassel formation.

Do not confuse these plants with Gomphrena globosa, or globe amaranth.

The genus name Amaranthus stems from the Greek “amarantos.” This means “unfading,” referring to the deep color of the flowers even after they die.

The “caudatus” of the popular variety stems from the Latin word “cauda,” or tail. The long, tassel-like nature of the flowers explain this name.

To What Regions Are Amaranth Flowers Native?

Amaranth is native to Central America and Mexico.

When are Amaranth Flowers in Season?

Amaranth will bloom from midsummer to the first frost, when it dies back completely.

Uses and Benefits of Amaranth Flowers

Today, amaranth’s main use is as a garden ornamental and food source.

Amaranth has a long history of cultivation for food and ritual, primarily by the Aztecs. An extremely high-protein crop, it was also valuable as a food source. Though the tiny seeds are minuscule and you need to gather a lot to make a meal, they’re very nutritious.

Today, amaranth features in dishes all over the world as:

While studies are slim, amaranth may work as a restorative for diarrhea or ulcers. It may also prove effective for high cholesterol and swelling of the mouth and throat.

Amaranth is toxic to humans with kidney problems and to cattle. Cats can eat it, but dogs cannot.

The Meaning & Symbolism of Amaranth

The Amaranth flower is heralded for its long-lasting, lustrous colors which traditionally have come to hold the symbolic meaning of immortality.

These flowers also hold a romantic connotation with red amaranth flowers symbolizing attachment and love. Combined with its meaning as “eternal,” amaranth is a good flower for lovers. If you want to wish someone luck in wealth or life, opt for purple.

The Cultural Significance of Amaranth Flowers

Amaranth is a plant with more history than most, on both sides of the Atlantic. It takes some digging to create an accurate cultural picture of this plant, mainly because it is a name that has been used for more than one plant throughout time. Its main role, however, is in pre-Columbian Central American and Mexican civilization.

Amaranth was known to the Aztecs as “huauhtli.” This ancient grain formed a root part of Aztec ceremonies, mixed with honey to form sculptures of the gods. Afterwards, their creators ate them in a symbolic act, which some compare to Christian communion. The Aztecs sometimes mixed the grain into human blood as part of their sacrament.

Unfortunately, as part of the takeover of Mexico and surrounding indigenous lands, Cortez insisted on eradicating amaranth. Its crucial role made it a barrier to the Christianization of the native peoples. They implemented new laws to punish its cultivation, handling or use, including cutting off the hands of the guilty party.

In addition to serving as a food source, either under local cultivation or through trade, it served an important ritual purpose. Today, many people are making efforts to restore amaranth’s important history to modern light.

However, while it is also a member of the Amaranthaceae family, it is not the same species. At the time, the flower we know today as amaranth was unknown in Europe and the rest of the Old World.

Given the name similarity, some people erroneously associate it with the Greek myth of Amaranthus. A hunter from Euboea, he was beloved to Artemis, goddess of the hunt.

His love for the sport led him to insult Poseidon by saying that it was more fruitful than the gifts of the sea. As vengeful as Greek gods are, it’s no surprise that he was duly punished with drowning. Artemis, in memoriam, turned him into her sacred flower, amaranth.

Other Greek myths associated it with immortality. This is most likely due to the long-lasting nature of the bloom when dried. Supposedly, it was a hidden plant whose finder would gain the gift of everlasting life.

Amaranth also features in Paradise Lost by John Milton. Again, though, that is in reference to plants from the Celosia genus. Milton describes the plant as being immortal and shading the fountain of life.

Today, amaranth has become something of a cause célèbre. It is an obvious microcosm of imperialism and conquest. Because of this, many groups want to renew amaranth as a staple food in Mexico and elsewhere in Central America.

According to research, amaranth is more resistant to climate change than other crops. As previously discussed, it is also incredibly protein-dense. Easy to grow and cook, it makes the perfect widespread cereal crop.

Amaranth is a great addition to pretty much any floral arrangement. It is a flower of romance and the heart, though. Keep it to happy occasions.

This is especially true as it doesn’t come in typical condolence and sympathy colors. Such arrangements are usually white, cream or ivory.

How to Care for Fresh Cut Amaranth Flowers at Home

Amaranth flowers, like most bouquet specimens, last longer in water if you add a small bit of bleach. Add ¼ teaspoon of bleach per quart of water.

The flower also takes amazingly well to drying. Hang it upside down, leaves removed, in a dark and well-ventilated area. This will help prevent mold and preserve that vibrant color.

Amaranth is, overall, an excellent plant to put in your garden. It is also a lovely addition to floral gifts, especially with all that history behind it!

The bright red color of its flowers give it the appearance of blood, even when dried.

How long do Amaranthus flowers last?

In a bouquet, they outlast most other flowers. If hung upside down and dried, they can last forever.

Is amaranth easy to grow?

While it is not a very fussy plant, it is an annual in temperate climates.

Where does amaranth grow best?

Amaranth grows as a perennial in tropical and subtropical regions but will grow happily in any warm spot during the summer.

Cats, cows and humans with kidney issues should stay away from amaranth, but otherwise it is a perfectly safe and nutritious plant. 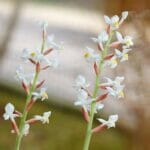 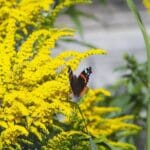