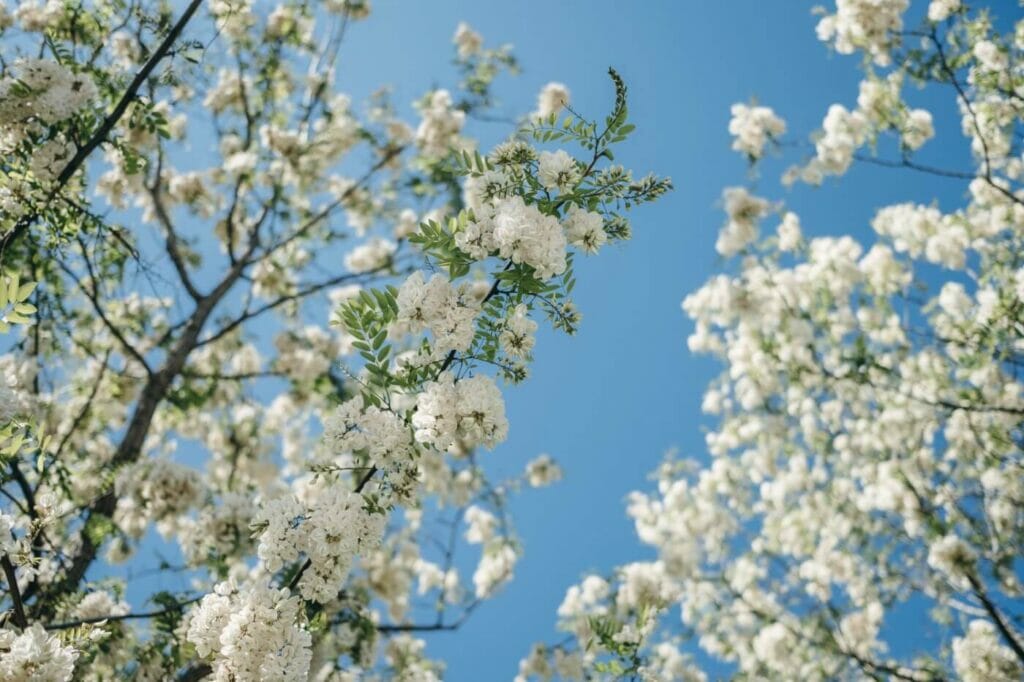 Everything You Need to Know About Acacia Flower Meaning, Symbolism, and Cultural Significance

Many people are more familiar with the iconic shape of the Acacia tree rather than its beautiful blooms. Acacia is a popular addition to hot and arid areas around the globe as part of xeriscaping designs. However, this desert tree sports eye-catching sprays of blossoms that also carry their own meaningful message. Here we’ll take you through everything you need to know about Acacia flower meaning and symbolism, their history and origins, uses and benefits, and cultural significance around the world today.

Acacia’s primary meaning is strength, rebirth, and eternal life. It is mentioned in both the Torah and the Bible as the wood used for building the Tabernacle. It is also important in the Buddhist tradition as a symbol of compassion for all living things.

Unlike other blossoms that come from herbs or shrubs growing low to the ground, the Acacia blossom grows on a tall tree. Acacia trees are also known as wattles.

Acacia is an entire genus of related shrubs and trees, almost all of them producing attractive clusters of flowers. Over 150 trees and shrubs are included in the genus. They are all part of the Fabaceae family, which includes peas and many other legumes.

As a member of the legumes, Acacia trees and shrubs tend to feature fern-like foliage and clustered groups of flowers. Most of the branches and stalks feature thorns as well, which are removed before the flowers are used in bouquets. The flowers tend to be white, yellow, gold, or pink. Many of them feature a stamen-heavy appearance that makes them look like pom poms. Most varieties have a pleasant fragrance almost like honey.

Acacia flowers have grown wild across Asia and Africa for millions of years, serving as an important food source for animals and eventually humans. They were first cultivated in the early AD period for perfume, but they reached Europe as early as the 1700s.

Two of the most widely used and grown species are Vachellia nilotica, or the thorny acacia, and the Acacia penninervis, or blackwood. Many of the most popular xeriscaping varieties were bred in Australia to expand the drought-resistant landscaping options. ‘Limelight’ and weeping ‘Fettucini’ Acacia cultivars are two good examples.

The Acacia genus has a very literal meaning that traces back to the ancient Greek name for the tree. The Greeks named it Akakia, which meant “thorny tree from Egypt”. Since they first encountered it in Egypt as a source of perfume, the name made sense.

Another common name for the plant, wattle, refers to its common use as a type of fencing due to its thorns. Shorter growing Acacia grows thick enough to keep wildlife out and livestock in.

What Regions are Acacia Flowers Native to?

Acacia grows native in almost every tropical and subtropical area in the world. The majority of species are concentrated in Africa and Australia, but some are found in Asia or the Mediterranean as well. A few are native to the deserts and tropical parts of western North America and Central America as well.

When are Acacia Flowers in Season?

Since these trees and shrubs tend to grow in very hot or dry climates, they flower at the opposite time as most other plants. They tend to bloom profusely throughout the winter and early spring periods in Africa and Australia.

In North and Central America, they bloom through early summer as well in many cases. In areas where there are few other winter or spring flowers, Acacia is often essential for pollinators.

Uses and Benefits of Acacia Flowers

Acacia is consumed in multiple forms, including the flowers themselves. The flowers of some varieties are eaten fresh, while others are dried for tea.

Many Acacia trees also produce a gum known as gum Arabic that is edible and an important ingredient in many dishes. It has been used widely as a cure for many conditions, but it is primarily only used as an ingredient now.

The flowers of some Acacia varieties can be toxic, so it is important to check the individual species before using them. Almost all Acacia varieties are helpful for pollinators in need of nectar. Many are planted specifically for honey production.

Acacia is a large genus with over a hundred different species, yet most of the flowers are one of three colors. Yet the exact color of the bloom does add a secondary meaning that is important to understand for a bouquet or gift.

The Cultural Significance of Acacia Flowers

The Egyptians were the first to use Acacia flowers and the resin of the tree, primarily as a medicine and for perfume purposes. They introduced the tree to the Greeks, who gave it the name we still use for it today.

In Egyptian mythology, the flower was associated with the goddess Nut. She was believed to be the sky that stretched over the earth to protect it and all life on it. Since the Acacia tree had an umbrella-like shape that offered shelter, it was naturally linked to such a symbol.

The Acacia tree also enclosed Osiris after his death, keeping him safe until he was restored and reborn. The Greeks also assigned it similar meanings, with an Acacia at Heliopolis known as the Tree of Life and Death.

While the Acacia flower isn’t mentioned in the Torah, the wood of the tree is important. The Tabernacle in the Desert was built using the wood of the tree since it was one of the only sources of building materials in the desert. This means that it remains a potent symbol of blessings among scarcity and dedication to achieving a goal.

The trees also had to be planted to grow in time for the building, creating the symbolism of regrowth and foresight.

Many decorative Acacia trees had spread to Europe by the Victorian era. This meant that the cheerful yellow blooms of these varieties earned a place in the flower language of the time.

For the Victorians, Acacia flowers symbolized sophistication and wit. It could also be sent to symbolize a strong friendship with someone and an appreciation for their support. Depending on the flowers it was combined with, it was also possible to send a message of secret love for someone, especially with white and pink varieties.

Acacias native to the Himalayas and China became popular for use in multiple ways in religious rituals. It was a wood commonly chosen for carving Buddhist statues due to its fine grain and fragrance. The gum Arabic resin that is still used today as a food additive first saw use as an incense ingredient for Buddhists.

The tree and its flowers are also symbolic of Tara, the female bodhisattva known as the “Mother of Liberation”. It’s often meditated on to focus on the traits of kindness and compassion.

On a more modern front, the Freemasons have also adopted the Acacia shrub and its flowers as one of their symbols. The Freemasons follow the Egyptian tradition of using the plant as a symbol of eternal life and rebirth. There is even a Freemason fraternity called Acacia, one of the only Greek houses to use a word rather than Greek symbols.

These flowers are not widely used by florists, but they are sometimes available to make a statement in winter bouquets. They can make interesting wedding arrangements since they carry a message of rebirth and secret love. However, they’re more commonly used to send a message of support to friends who are struggling. Try including them in a bereavement or get-well-soon bouquet, especially in white.

Acacia flowers are delicate, unique, and sweet-smelling. Consider making more use of them in your bouquets and floral arrangements.

What does Acacia symbolize?

Acacia is a potent symbol of rebirth and eternal life. It’s also a good way to signal friendship and support to someone.

What colors are acacia flowers?

The flowers of Acacia trees and shrubs tend to be yellow, gold, white, or pink only.

Most acacia species have a honey or white floral scent.

Are acacia flowers poisonous to humans and pets?

Some species are edible, but others are poisonous or irritating. Check the individual species to determine if it is a good choice or not to plant around pets and children. 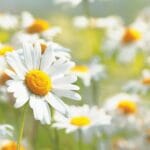 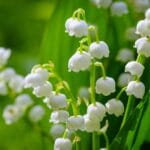 Ultimate Guide to Lily of the Valley Flower Meaning