Violets have so much to offer, whether added to a flower arrangement or to a bed in your garden. Dating back to ancient Greek times, their purple-blue blossoms are seen as symbols of loyalty and purity. As one of the first plants to bloom in the spring, violets are also attractive to a variety of pollinators, including bees and hummingbirds. In this guide, we’ll take you through everything you need to know about Violet Flower Meaning, Symbolism, History, Origins, and more. 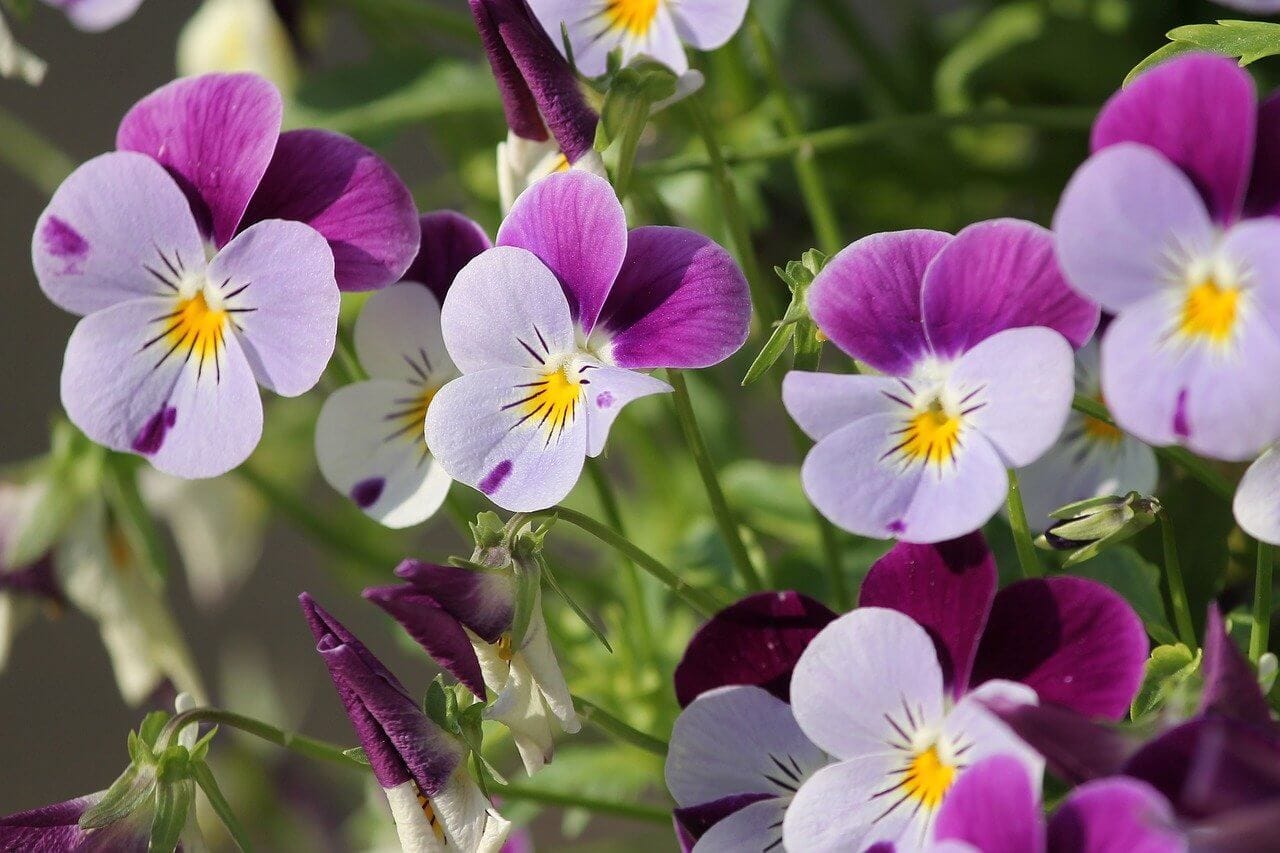 Origins and History of Violet Flowers

Violets are thought to take their name from their blue-purple color. However, they also come in shades of blue, yellow, and cream. What’s more, there are thought to be around 500 species of violets today that belong to the genus Viola.

It’s worth noting there are several species that are also known as pansies. Blue and purple shades are the violet’s most common colors. Most other color variations are a result of hybridization. Violets, violas, and pansies belong to the same genus, but each has slightly different characteristics.

Viola is a genus of flowering plants in the family Violaceae, first formally described by Carl Linnaeus in 1753.

It is the largest genus in the family, containing between 525 and 600 species.

Most species are found in the Northern Hemisphere in temperate climates. However, some are also found in locations such as Hawaii, Australasia, and the Andes.

Where are Violet Flowers Native?

Violets, native to Europe and Asia, are indigenous to temperate regions in the Northern Hemisphere. They typically bloom from spring well into summer depending on the species.

Most Popular Types of Violet Flowers

There are about 400 types of violet plants in the genus Viola. In the United States alone, there are about 60 species. The most common is the blue-violet (Viola sororia), which grows wild along the East Coast from Maine to Florida.

Despite the name, the African violet is not part of the violet species. Sweet violets (Viola odorata) are recognized for their sweet scent. Bedding and sweet violets are the most popular varieties sold at nurseries.

Sweet violets also are known as English violet, garden violet, and florist’s violet. Violets can be identified by their bluish-purple blooms and heart-shaped leaves with scalloped or saw-toothed edges.

In general, this beautiful flower is recognized by its five-petal blossom shape. These feature two at the top, two on the sides and a small one in the bottom center. Most violets are small perennial plants, but a few are annuals.

While these romantic flowers are enjoyed for their beauty and sweet scent, they’re also popular in savory recipes, syrups, teas, salads, and sweet desserts. Both the leaves and blooms are edible.

Since they are edible flowers, violets often are coated in sugar and used as edible decorations on cakes and other sweet treats.

The plant also is rich in vitamin C and vitamin A, particularly in the petals and stems.

Some claim that violet can be used similar to aspirin to relieve inflammation and aches. However, a large dose of violet can cause vomiting and digestive disorders, so it is best used carefully.

Violets produce a scent that’s well-liked, but hard to describe. That’s because the blooms contain ionine, a chemical that temporarily desensitizes the sense of smell. Just as you take in the first whiff of aroma, your nose briefly dysfunctions, and the scent is gone. The scent, however you describe it, is a popular addition to breath fresheners, perfumes, oils, and lotions.

In Christian writings, the violet flower is often seen as a symbolic emblem of humility. Because of its three leaves, medieval monks called violets “the herbs of Trinity” or “flowers of Trinity”. It is also said that violets symbolize the Virgin Mary’s humility and purity. These blossomed when the angel Gabriel told Mary that Jesus would be her baby.

In the world of religious art, the violet flower meanings are often portrayed as a symbol of modesty and humbleness. For instance, in many paintings of the Renaissance era, the Virgin Mary is often seen with baby Jesus in her arms with purple flowers, in symbolic reference to her modesty.

In addition, the works of Leonardo da Vinci (“Madonna and child with flowers”) and Giovanni Paolo (“Madonna of humility”) feature the violet flower prominently.

Violet flowers have deep roots in Greek Mythology. As the story goes, violets were the creation of Artemis who transformed one of his virginal nymphs into the delicate flower to protect her from the approaches of her twin brother Apollo. This is why violet flowers became a symbol of modesty and restraint.

The earliest cultivation of violets supposedly traces back to 500 B.C. Ancient Greeks used violets in wine, food, and medicine. The plant was seen as the symbol of fertility and love, and as such was used in love potions and to ward off headaches and dizzy spells. This tradition was so popular that it also became the symbol of Athens.

Violets had many uses throughout history. Greeks and Romans were said to use violets as funeral decorations. Whilst Persians used them as a calming agent against anger and headaches. In Ancient Rome, they made wine from violet flowers, which they believed could prevent drunkenness.

Violets also are the official February birth flower, making them a perfect gift for the birthday of a loved one. The violet is frequently linked to the amethyst, the February birthstone that symbolizes deep love, royalty and happiness.

Violets tend to do best in partially shady areas with rich and moist soil enhanced with good all-purpose garden compost.

The delicate plant is not the biggest fan of heat and humidity. Violets are great for cooler climates where they’ll happily shrug off colder temperatures.

They are super easy to start from seed as well and once bedded will spring up for many seasons to come.

How to Plant Violets

Violet Flowers are low-maintenance plants and can be grown close to the ground, making them an attractive option for ground cover.

This dainty yet hardy popular plant has been passed down for centuries. Violets are so adaptable and versatile that they are an easy choice to enhance any garden, whether it be a bed or a pot. They require little care other than basic watering, feeding, and deadheading. And with their early blooms, they always seem to herald the arrival of another beautiful spring season. 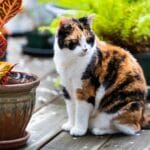 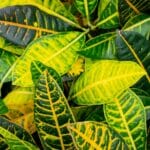