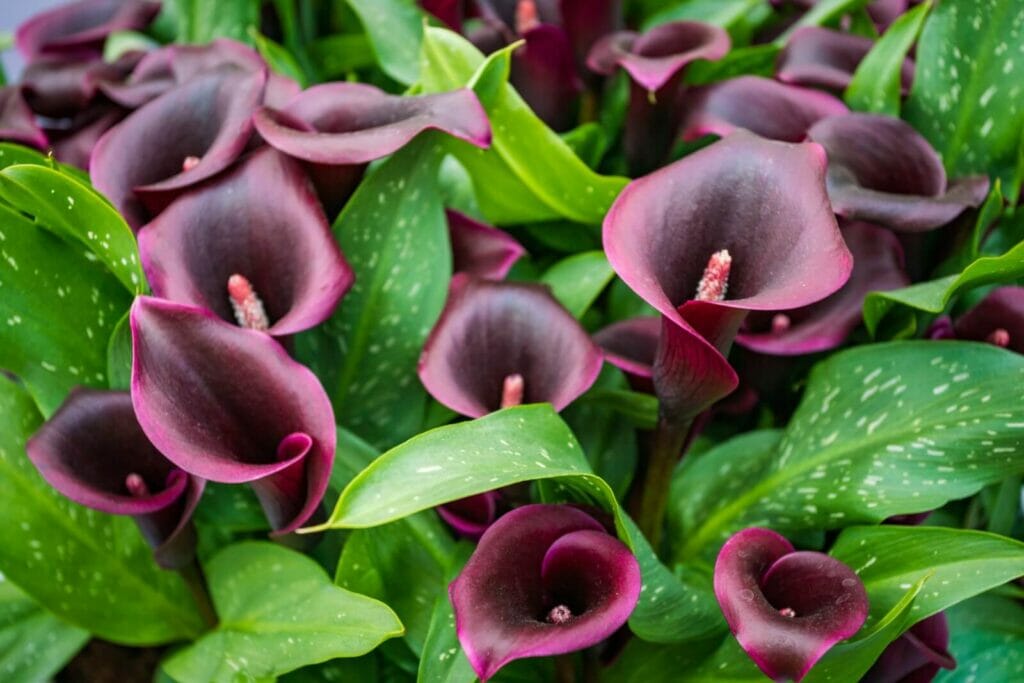 Common Toxic Garden Plants and How to Spot Them

For anyone who’s grown up spending any amount of time outside, there are certain plants we’re simply taught to avoid, like the rash-inducing leaves of Poison Ivy and Poison Oak or the deadly toxic Water Hemlock.

But something we don’t often consider? The deadly plants that could be growing right under our noses…that is to say, the ones in our garden. Unsuspecting though they may be, there are several popular garden plants with incredibly toxic properties that can cause anything from stomach upset to cardiac arrest.

So, if you’ve been wondering what poisonous plants your garden is growing, keep reading. Here are 10 of the most common highly-poisonous garden plants to be aware of.

Before we dive into the details of these plants, let’s cover a few basics about plant toxicity. For starters, if you suspect you (or anyone else) has ingested a toxic plant, it should be treated as a medical emergency. You can also contact the Poison Help Hotline (1-800-222-1222), but getting in-person help from a medical professional is ultimately the way to go.

Another thing to note is that toxicity levels are often determined by body weight. Which is to say, that something that only causes a minor reaction in a full-sized adult, could be more dangerous to a small child. Last but not least, while humans can eat plenty of things that animals can’t— most plants that are deadly toxic to humans will also be toxic to pets. The ASPCA has more information on this, but suspected poisoning should always be taken seriously.

Unless you’ve read the classic coming-of-age tale White Oleander (which explains the Oleander’s toxicity in the opening lines), you’d be hard-pressed to know just how poisonous these plants can be. Often used as an ornamental shrub, common and pink oleanders (Nerium oleander) are one of the most toxic plants on this list, and ingesting a single leaf could be deadly.

All parts of this plant (and some of its relatives like the yellow Oleander) are poisonous, including the flowers, leaves, stems, and branches. Containing the toxins Digitoxigenin, Neriin, Oleandrin, and Oleondroside, ingesting any part of this plant can cause a slowed heartbeat, blurred vision, and nausea or vomiting. Like all of the plants on this list, ingesting Oleander is cause for serious concern and should be treated as a medical emergency.

As the name would suggest, this isn’t a plant to be messed with. Deadly Nightshade (Atropa belladonna) is thought to be the most toxic plant in all of the Eastern Hemisphere, with all parts of the plant (root, leaves, fruit) containing high levels of the alkaloids atropine, hyoscyamine, and scopolamine.

If you have this plant growing in your garden, you’ll want to be especially careful to educate kids about the berries—which have a number of non-poisonous look-alikes. And while the roots of this plant are often considered the most toxic part, all parts of the plant should be handled with care, since the high concentration of alkaloids found in these plants can cause hallucination, dizziness, tachycardia, and even death.

That’s right, everyone’s favorite garden ornamental is actually pretty toxic (if you eat it). Hydrangeas (Hydrangea spp.) of all shapes and sizes contain a compound called glycoside amygdalin which gets metabolized into cyanide in your body.

A few years back some people even had the idea to start smoking it, which as you might imagine, is also poisonous. And while you may not be tempted to take a bite, it’s a good idea to keep curious pets (and kids) away from these plants, just in case.

Foxglove (Digitalis purpurea) is a common garden plant found all over the United States and is deadly poisonous if eaten. Because many varieties of this herbaceous garden favorite are biennials (as in, they may take two seasons to show their signature flowering stem), this plant has been mistaken for other plants like Mullein and Comfrey— a grave error.

All it takes are a few leaves or flowers to completely stop your heart, with other symptoms including low blood pressure, confusion, stomach pain, drowsiness, or seeing “halos.” You may recognize the name of this plant from the common heart medicine digitalis glycoside, which is indeed derived from Foxglove—but trust us when we say the handling of this dangerous compound is best left to the professionals. Educate your children about the toxicity of this plant, and keep pets away from it as well.

One of the first spring flowers is, in fact, poisonous. Daffodils (Narcissus pseudonarcissus) and its cousin the Jonquil flower, contain a toxin known as lycorine which is found in all parts of the plant but primarily concentrated in the bulb. This might sound silly, but people have been known to mistake the bulbs for onions before flowering begins. Children are also sometimes drawn to the bright yellow flowers as the first blooms of the season.

Besides lycorine, daffodils also contain the sharp, microscopic irritants known as oxalates which can cause skin irritation and extreme burning in your mouth and throat when eaten. Pets can also become sick by drinking the water from a vase of daffodils. Signs of daffodil toxicity include nausea, vomiting, diarrhea, and abdominal pain.

Native to South America, this tropical plant can be found thriving in hot, sunny gardens of the south. These stunning plants are hard to miss with bell-like flowers that can come in various colors (pink, green, yellow). Which is a good thing, because you definitely don’t want to accidentally eat any part of them.

As a member of the Solanaceae family (which is known for sometimes containing toxic levels of alkaloids), the Angel’s Trumpet is rich in tropane alkaloids, including hyoscine (scopolamine), hyoscyamine, and norhyoscine. These alkaloids can pose a serious threat to your heart, digestive system or vision when eaten or handled inappropriately. Most accidents with this plant come from drinking tea made from fresh leaves, although young children have also been reported to have temporarily blurred vision after handling this plant and touching their eyes.

Like most lilies, the Arum lily (Zantedeschia aethiopica) is considered to be a very toxic plant. With large shiny green leaves and a creamy white flower and central golden spike, these lilies are as majestic as they are deadly. Also known as the Calla lily, all parts of this plant are considered poisonous to humans and animals, including the flower, leaves, and fruits.

Ingesting this plant can cause stomach pain, severe vomiting, and swelling of the mouth and throat. In extreme cases, this swelling can make breathing difficult and is considered to be life-threatening. If you or one of your pets ingests any part of a lily, seek help immediately.

If you’ve ever eaten a rhubarb pie, then this is probably the point at which you start to question the true toxicity of the plant. But here’s the thing, rhubarb (Rheum rhabarbarum) is typically only considered ‘toxic’ when eaten raw, and it’s standard practice to cook the plant before incorporating it into a recipe.

That being said, the plant (and especially the leaves, which are often discarded by savvy rhubarb growers) contain levels of oxalic acid, which can cause abdominal pain, vomiting, numbness, and cramps. And although poisoning would require ingesting large amounts of the raw leaves, this plant is better avoided by those who have kidney issues since oxalic acid can lead to the formation of kidney stones or even kidney failure.

All species of the Daphne genus are considered to be toxic. The roughly 70-90 species of evergreen and deciduous garden shrubs all contain a compound that is a skin irritant and can lead to blistering (internally and externally).

Every part of the plant, including the flowers, berries, bark, and leaves contains this compound and can cause blisters, ulcers, vomiting, and damage to the soft tissues of your mouth (this all goes for pets as well). Two or three berries could be fatal to a child, and the sap also acts as a skin irritant. Because of this, you’re best using gloves whenever handling this plant.

Also known as the Chinaberry tree, Tulip cedar or  Cape lilac, the white cedar tree (Melia azedarach) is a toxic ornamental to be aware of. Growing as a large deciduous tree with clusters of toothy leaves and lilac-colored flowers, all parts of this plant are toxic, including the leaves, flowers, and yellow berries it produces later in the season.

This plant contains melia toxins A & B (tetranortriterepenes), which are primarily concentrated in the seeds and bark and can cause symptoms including stomach upset, lethargy, confusion, coma, seizures, and death.

Beautiful though they may be, toxic plants should be handled with care, and suspected poisoning should always be treated as a medical emergency. Knowing which plants in your garden may require gloves (and special attention with regards to children and pets) is one of the best ways you can ensure the health and safety of your family in the garden.

Where to Position Areca Palms in the Home 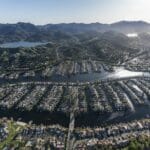