The Symbolic Meaning and Cultural Significance of Pansy Flowers

Pansies are some of the most beautiful and prized garden flowers. These pretty perennials can bring carpets of color to any outdoor space. But pansies are also rich in symbolism and meaning. These beautiful flowers are cherished by everyone from priests to poets. In this post, we’ll investigate the various meanings and symbolism of pansy flowers.

The Meaning & Symbolism of Pansy Flowers – The Essentials

Pansies are a collection of hybrid flowers with roots in the Viola genus, which is part of the Violaceae family. Most pansy cultivars are descended from Viola tricolor var. hortensis; a wildflower known as heartsease or the wild pansy. Modern pansies have the scientific name Viola x wittrockiana.

Although technically perennials, pansies have a relatively short lifespan of approximately two years – a bit like biennials. They produce green foliage in their first year and seeds and flowers in the second year. They are pretty easy to grow and hybridize.

Pansies are celebrated for their vibrant blooms that come in almost every color imaginable. Pansies have five or six large petals. Most pansies have distinctive dark patches on the inner surface of the flower, known as the “face.”

During the 1830s, the pansy craze was in full swing, and approximately 400 varieties had been produced. Pansies that had the inner “face” beloved by modern gardeners first emerged in 1839. The cultivation of pansies also produced smaller similar plants like violas and violettas.

There are hundreds of pansy cultivars available today, but here are some of the most popular:

Pansies get their name from “pensee,” an old French word meaning “to think.” When this word was incorporated into English, it was used as another name for the viola flower. The original plant that pansies come from, heartsease (wild pansy), is derived from the Greek name for St. Euphrasia. This translates as “cheerfulness of mind,” which certainly reflects the cheery blooms of pansies.

Which Regions are Pansy Flowers Native to?

Wild pansies (V. tricolor) formed the basis for the early pansy varieties that were cultivated in the 19th Century. This wildflower is native to Europe and parts of western Asia. Pansies have since been introduced to other areas, including the United States. They thrive in grasslands and cooler coastal regions.

When are Pansy Flowers in Season?

Because of the sheer number of varieties, you can find a pansy that will flower at any time of year. Pansies are mainly sold as colorful annuals for the spring and summer. Several cultivars will still flower in the winter.

Uses and Benefits of Pansy Flowers

Pansies make excellent border flowers in the garden but can even be grown in small spaces. These cheerful blooms will be pretty happy in containers and window boxes. Pansies are also regularly used as cut flowers for display.

Surprisingly, pansy flowers are also edible. These attractive blooms are a great way to add color to any salad and can be grown successfully alongside crops. Every part of the pansy flower is edible, so just pop them on whole. Candied pansies are also used to add decoration to desserts.

Pansies have been used medicinally since the 16th Century to treat various conditions. Pansies have anti-inflammatory properties and are used to treat eczema and other skin conditions. They can also be used to alleviate lung conditions such as asthma, bronchitis, and whooping cough.

The Meaning, Symbolism, and Cultural Significance of Pansy Flowers

Pansies are beautiful in both looks and symbolism. These cheery flowers are primarily associated with all kinds of love. Pansies don’t just symbolize romantic love but also represent platonic love and general affection for someone.

Pansies get their name from a French word, “pensee”, which translates into English as “to think.” To signify this, pansies are associated with free thinking and thoughtfulness or consideration. Pansy flowers are also linked to feelings of remembrance and nostalgia. In times of loss, the gift of a pansy can be a beautiful gesture of sympathy.

The Symbolism of Pansy Flower Colors

Pansies have hundreds of cultivars, which leads to an astonishing array of available colors. But within these colors, some are mainly symbolic. Let’s check out some common pansy flower colors and their meanings.

Orange pansy flowers are pretty rare compared to other colors but are no less beautiful. The orange pansy represents hope and optimism but can also be used to congratulate someone on an achievement.

Purple has been associated with rulers and royalty in most cultures for thousands of years. The purple pansy continues this symbolism by embodying dignity and nobility. Due to their rich hues, purple pansies also symbolize beauty.

Red pansy flowers are the ones most associated with love. Although red traditionally represents the romantic love we have for a significant other, red pansies can also symbolize platonic love. Red pansies are great gifts for Valentine’s Day to show your passion and love for someone.

Like many white flowers, white pansies epitomize innocence, purity, and virtue. White pansy flowers are also strongly associated with spirituality. Choose a white pansy if you want to give someone a pansy but aren’t sure what you want to convey.

Yellow flowers never fail to make us smile, including pansies. The yellow pansy represents happiness, joy, and positivity. If you know someone who’s struggling, yellow pansies make an excellent gift.

Pansy Flower Meaning in the Victorian Language of Flowers

The Victorians loved assigning specific meanings to flowers – a practice known as floriography. In Victorian times, people would often send pansies to their secret lovers. Pansies, therefore, symbolize forbidden love in the Victorian language of flowers. Due to the clandestine nature of the message, pansies were often hidden in bunches of herbs.

In Ancient Greece, it was believed that violas, the ancestor plants of pansies, could be a key ingredient in love potions. This may have helped various cultures interpret pansies as symbols of love. Many Celtic peoples also adopted this practice for love potions.

Pansies represent love in works of literature as well. In one of Shakespeare’s most famous plays, A Midsummer Night’s Dream, pansies are used as part of a love potion. Shakespeare would’ve been referring to the heartsease or wild pansy.

Pansies represent various meanings, often depending on the color of the flowers. This versatility makes them fantastic gifts for most occasions, especially in instances relating to romantic or platonic love.

Red pansies are perfect for occasions like Valentine’s Day because they embody romantic love. Orange or yellow pansy flowers represent hope and happiness, making them excellent gifts for anyone recovering from an illness. Blue pansy flowers symbolize devotion and loyalty and would be suitable for a friend’s birthday.

What does a Pansy flower symbolize?

Do Pansies come back every year?

Although usually sold as annuals, pansies are actually perennials. While they can come back every year, excessively cold conditions will completely kill pansies.

How long do Pansy flowers last?

Most pansies will typically live for two or three years. As cut flowers, pansy flowers can survive for approximately two weeks.

Do Pansies flower more than once?

Because they’re perennials, pansies will flower more than once. However, they only produce foliage during their first year.

Pansy flowers are beautiful symbols of love, both romantic and platonic. This makes them ideal gift plants for anyone that you have affection for. Pansies also represent compassion and thoughtfulness and are perfect presents for anyone who may be recuperating from illness. For anyone grieving a personal loss, pansies can be tactful symbols of remembrance. 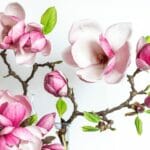 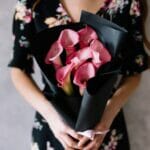