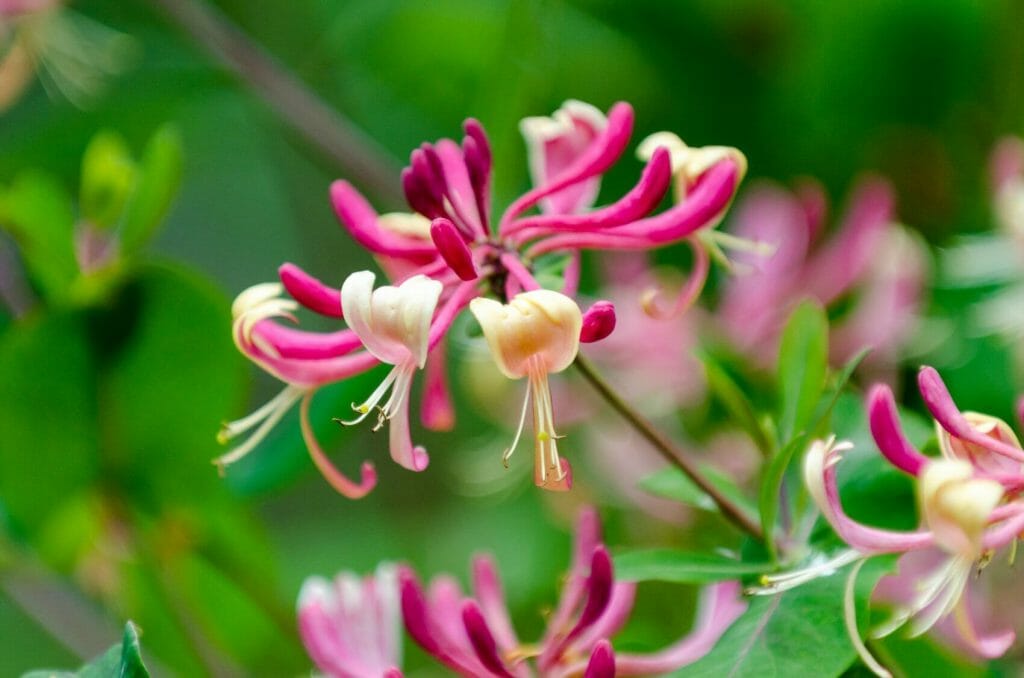 Everything You Need to Know About Honeysuckle Flowers

Honeysuckle (Lonicera sp) includes both flowering shrubs and vines. While honeysuckle is widely known for its intoxicating fragrance, it may surprise you to learn that some varieties have little to no fragrance. These hardy plants produce elongated tubular blooms that range from white or yellow to brilliant shades of red. Honeysuckle blooms attract bees and hummingbirds to the yard. They are hardy in USDA plant hardiness zones 3 through 9, depending on the cultivar. Here we’ll take you through everything you need to know about honeysuckle flower meaning, their history and origins, uses and benefits, plus the best gifting occasions and tips to care for fresh-cut honeysuckles at home.

Honeysuckle traditionally symbolizes happiness, affection, and sweetness for a new love in your life in addition to the tender nostalgia felt for first loves, memories of old flames, and even the joy of days gone by. In addition, honeysuckle flowers are commonly planted near the home to evoke feelings of nostalgia and honor those who have gone before you or draw happiness and positive energy into your life.

Honeysuckle belongs to the genus lonicera which includes approximately 180 species of shrubs and vines known as honeysuckle.

Honeysuckle produces an abundance of elongated tubular flowers. Most produce a sweet heady fragrance, but some do not. Flower colors range from yellow, white, and peach to shades of pink, purple, and red, depending on the species. While vining types climb to heights of 8 to 15 feet when provided with support, shrubs tend to have a mounding habit.

The name honeysuckle is derived from the Middle English word honeysouke., whose literal translation means honey suck, presumably because honey can be sucked from the tubular flower by bees and hummingbirds.

What regions are Honeysuckle Native to?

Honeysuckle is native to the northern climates of both the Eastern and Western hemispheres. It can be found throughout North America as well as in Eurasia.

When is Honeysuckle in Season?

Honeysuckles typically bloom during the summer, but there is some variation between varieties. Some bloom profusely for a month or two in the spring and then cease blooming while others bloom in the summer and continue blooming until frost arrives in the fall. Check the blooming season of the specific variety you are interested in to be sure it will bloom when desired.

Honeysuckles include both shrubs and vines. The vining honeysuckle needs a structure such as a trellis to climb as they are not able to grip a wall or fence, while shrubs are free-standing.

‘Lonicera fragrantissima’, known as winter honeysuckle, thrives in USDA plant hardiness zones 4 through 8. It reaches heights of 7 to 15 feet with an equal spread. It blooms in late winter or early spring and is in bloom for two to three months producing a lemony scent.

Uses and Benefits of Honeysuckle

Honeysuckle is used as a medicinal plant to treat a wide range of ailments, including:

The sweet scent of honeysuckle blooms attracts all sorts of pollinators, particularly during the night when the heady aroma is at its most potent. In addition to pollinating bees, numerous birds including thrushes, bullfinches, and hummingbirds consume the ripe berries that emerge during the later summer months.

Honeysuckle symbolizes both love and happiness. It can be used to express the joy of a new relationship, nostalgia for days and relationships in the past or simply to wish the recipient great joy in life. The color of the honeysuckle flower also affects its meaning.

White flowers represent innocence and purity, making the white honeysuckle flower ideal for expressing pure love that is untainted by the ways of the world.

Yellow flowers represent friendship, trust and respect making the yellow honeysuckle flower the perfect gift for someone you love and respect on a platonic level.

Pink flowers represent playfulness and romance along with sensitivity and innocence. This makes the pink honeysuckle flower the ideal gift for those you love.

Red flowers represent passion and romance making the red honeysuckle flower an excellent gift for the love of your life.

The Meaning, Symbolism, and Cultural Significance of Honeysuckle

The Druids included symbols of the honeysuckle vine in the Celtic alphabet. It represented following your own path or bringing joy and happiness to life.

In China, the honeysuckle was known as a cooling herb with the ability to remove toxins from the body and promote positive emotions.

For the French, honeysuckle represented love, fidelity, and devotion.

As a symbol of happiness, affection, and a harbinger of good fortune, honeysuckle makes an appropriate gift for nearly any occasion. It is well suited for housewarmings, as hostess gifts, and for June birthdays as honeysuckle is the birth flower for June.

How to Care for Fresh Cut Honeysuckle at Home

Honeysuckle blooms last for a week to 10 days in a vase, but they do require a little extra care.

1. Cut the vines in the morning when they are at their freshest.

2. Choose vines with a combination of newly opened flowers and buds.

3. Place the vines in a large bucket of tepid water and place it in a cool, dark area for about 4 hours. This allows the vines to rehydrate.

4. Arrange the vines in a vase using care to remove any foliage that will fall below the water level.

5. Change the water every 3 to 4 days or whenever it appears cloudy or discolored.

Adding honeysuckle to your property adds color and fragrance while providing hungry hummingbirds and bees with a feast, too. These hardy shrubs and vines will grow in nearly any soil as long as it drains well. They prefer full sun but will tolerate partial shade.

Some honeysuckle varieties, like bush honeysuckle (Lonicera maackii), can be invasive and displace native plants.

Does honeysuckle come back every year?

The perennial honeysuckle plant will consistently return year after year blooming from late spring through the summer months.

What are the benefits of honeysuckle?

Honeysuckle has traditionally been used as a medicinal plant to treat a wide array of range of ailments including digestive disorders, colds, flu, headaches, diabetes, and rheumatoid athritus.

The sweet scent of honeysuckle makes them an extremely attractive proposition for bees and other pollinators.

What does honeysuckle represent?

Honeysuckle traditionally symbolizes happiness, affection, and sweetness for a new love in your life in addition to the tender nostalgia felt for first loves, memories of old flames, and even the joy of days gone by. 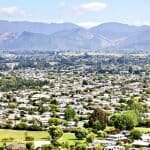 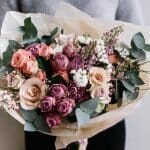