Freesias have long been a popular flower in home gardens and florist shops, thanks to their intoxicating fragrance, gem-like colors, and long vase life. Adding to their appeal, freesias blossoms are long-lasting, both on the plant and in arrangements. When grown in full sun and moist but well-drained soil, these South African natives will produce bright, sweet-smelling blooms from late winter through spring. Often, freesia is grown for use as cut flowers; when gifted in bouquets, they may symbolize friendship, sweetness, innocence, purity, and trust. Here we’ll take you through everything you need to know about these beautiful blooms including freesia flower meaning and symbolism by color, their history and origins, and the best gifting occasions.

About The Freesia Flower

The Freesia spp. genus belongs to the Iridaceae or iris family. This order of flowering plants, known as Asparagales, contains about 1,800 species across 70 genera.

Other cultivated plants in the Iridaceae family include the crocus, gladiolus, and iris. In fact, the term Iridaceae comes from the Greek iris or rainbow, a reference to the many colors found in this plant family.

Freesias are what’s known as zygomorphic, or only produce flowers on one side of the stem. Other examples of zygomorphic flowers include the orchid and the sweet pea.

Blooms are bilaterally symmetric. That means if a freesia flower was divided in half from top to bottom then folded along that line, the two sides would match.

Freesia foliage consists of simple, linear leaves arranged in a rosette. These perennial plants grow from corms, a type of bulb.

Leafless stems rise above clumps of dark green, grass-like foliage that may reach up a foot long. Stems reach up to 12 inches in length and when in bloom, are topped by clusters of dramatic, funnel-shaped flowers.

Flowers may be up to two inches long and wide, with upward-facing petals. Each stem may boast as many as 12 showy flowers, which bloom on just one side of the stem.

Freesia bloom in a variety of colors, including yellow, gold, white, cream/ivory/tan, pink, red, scarlet, orange, purple, lavender, and bi-colored. Blooms may be single or double, depending on the variety.

Freesia flowers are prized for their pleasant, citrus-like fragrance. Their aroma is often described as sweet, alluring, or even heady. Pink and red varieties are said to be the most fragrant.

The name “freesia” dates back more than two centuries. They’re named for Friedrich Heinrich Theodor Freese, a German botanist who brought the plants to Europe from Cape Province, South Africa about 200 years ago.

The botanist Christian Ecklon named the flower after Freese in the 1800s to commemorate their friendship.

Where are Freesias Native

Freesias are native to the southern regions of Africa. They grow best in warms areas with dry summers and wet winters and thrive in a Mediterranean climate.

When are Freesias in Season

Freesias are a frost-tender perennial. When growing in climate conditions similar to that of a South African climate, freesias’ growing season starts in late fall, as temperatures drop and rainfall increases. Corms sprout with new growth, producing foliage through the winter and blooming in late winter and early spring.

Freesia flowers are not known to be toxic to pets. They do tend to be deer-resistant, due to their strong fragrance.

Though freesia sap is not poisonous, it may cause skin irritation for people with sensitive skin.

Bees and other pollinators are attracted to freesia, thanks to their colorful blooms, trumpet-shaped flowers, and strong fragrance. The flowers’ upward tilt also draws pollinators.

History and Origins of Freesia Flowers

Though freesia are native to South Africa, they now grow in gardens and greenhouses around the world. Their colorful blooms and rich, sweet perfume make freesia flowers a perennial favorite. But they’re not just prized for their looks and scent. Freesia flowers have other uses and benefits, too.

While freesia doesn’t have any common medicinal applications, its fragrance is highly prized. The sweet aroma can be found in essential oils, soaps, lotions, shampoos, and many other self-care products.

Freesia flowers can be eaten raw, added to salads, or utilized as a garnish. Blossoms can be used to make a sugar syrup infusion, and they can also be used to flavor sorbets.

When infused with lemon zest and juice, freesias can be used to make an invigorating tisane. The drink has a peppery aroma and colorful hue.

Freesia flowers bloom in a wide range of colors. Many hues are associated with certain meanings and are imbued with symbolism. For instance, in numerology, freesia symbolizes the number nine. This stands for obligation and selflessness.

Red freesia blossoms, said to the most fragrant, symbolize passion and love. They may be gifted to a romantic partner.

Pink freesia blossoms stand for motherly love. They may also symbolize femininity, making them a popular choice in wedding bouquets or gifts to aunts, sisters, daughters, or mothers.

Soft, yellow freesia flowers symbolize joy and renewal. Their sunny color lends an air of optimism. When given as a gift, they represent friendship and emphasize the trust that’s felt between friends.

As with many other purple flowers, purple freesia flowers represent royalty, beauty, and strength.

Meaning, Symbolism, and Significance of Freesia Flowers in Japanese Culture

Every spring, people flock to Hachijojima Island — about 150 miles south of Tokyo — to marvel at the color and fragrance of freesias. At the base of Hachijo-Fuji, a dormant volcano, more than 350,000 freesias bloom from March 20 to April 5. The air is filled the air with the sweet, citrus scent of freesia while the fields riot with color. The freesia festival welcomes spring with music, craft markets, and flower picking.

Meaning, Symbolism, and Significance of Freesia Flowers in Victorian Times

In the 19th century in England, freesia flowers symbolized a secret message. At this time, floriography (or using flowers to send coded messages) was a popular trend. In a society where feelings were often repressed, flowers allowed people to communicate their true feelings to one another without using spoken or written words.

The freesia indicated that someone had a secret to pass along. Receiving a bouquet of freesia was an indication of extreme trust.

Meaning, Symbolism, and Significance of Freesia Flowers in Australian Culture

In Australia, freesia symbolizes the arrival of spring. In many parts of the country, the freesia flower grows easily, thanks to friendly climate conditions.

For Australians, freesias can be used to celebrate important moments in life, like a birthday or engagement. They may be gifted to offer condolences; they’re also an acceptable flower to give in a professional setting.

Meaning, Symbolism, and Significance of Freesia Flowers in Tattoos

When used in a tattoo, the freesia flower lends a delicate, fresh appearance. It may symbolize themes related to innocence, trust, friendship, renewal, or wisdom.

For instance, white freesia is appropriate for weddings, engagements, and anniversaries. Freesia is traditionally given on a couple’s seventh anniversary.

Red freesias symbolize passion and love and may be given to a romantic partner. Yellow freesias are an appropriate gift for birthdays, including for friends, family, and even co-workers.

How to Grow and Care for Freesia Flowers

The Freesia is hardy in Zones 9 and 10 and can be grown as an annual in cooler areas. They really thrive in conditions similar to its native South African warm, dry climate.

When growing outdoors, plant corms in spring. Be sure to provide plants with wires or twigs for support, as the large blooms can cause stems to bend and bow when plants flower.

If you’re growing indoors, plant corms in pots from August to December for winter and spring blossoms. After the first buds emerge, feed with potassium every two weeks. Don’t let the plants dry out.

Freesias bloom for four to five weeks. Cut flowers are long-lasting, too. To help them look beautiful longer, cut freesia in the morning before temperatures rise. Hold stems underwater, then cut them at a slight angle. Change the vase water daily or add a preservative.

Freesia flowers are beloved the world over for their color, scent, and long-lasting flowers. With a range of beautiful hues and meanings, it’s easy to send a personal message with freesia.

Looking for a particular stem or in need of some inspiration on the best blooms for a certain occasion? Check out Petal Republic’s expert guides to Roses, Angelica, Lilies, Irises, Tulips, Orchids, Carnations, Gerbera Daisies, Gladiolus, Bluebells, Camellia, Coreopsis, and Peonies. 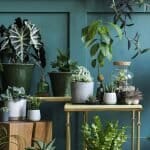 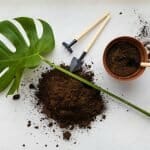