Zinnias are well-known for being one of the most popular landscaping plants around the world. Yet despite being easy to grow, these cheerful flowers have a rich symbolism behind them. Understanding the history and cultural meaning behind these common flowers will give you a new appreciation for them when you spot them blooming in a planter or bouquet. Here we’ll take you through everything you need to know about the rich history and origins of Zinnia flowers, their inherent meaning, and symbolism in the language of flowers, plus their uses, benefits, and suitable gifting occasions.

Zinnia, in the language of flowers, carries the twin symbolic meaning of friendship and romantic love. During Victorian times, red and magenta Zinnia flowers were a popular choice to convey sentiments of desire and romantic intention. Additionally, Zinnias have long been symbolic of celebration and reunion, particularly amongst friends.

Zinnias are easy to spot due to their habit of growing with a single multi-petaled bloom on top of a thick straight stem. The full Latin name for this flower is Zinnia elegans, but it’s sometimes known as Zinnia violacea instead.

Zinnia is a genus unto itself that includes a wide range of colorful single-heading flowers. However, the common name generally refers only to Zinnia elegans. The Zinnia genus part of the larger Asteraceae or daisy family.

Common Zinnias feature relatively large multi-petaled blooms on top of tall and straight stems. They resemble many of the other daisies they’re related to, but they’re more colorful and can feature multiple colors.

Some varieties can grow up to 40 inches tall, while the shortest varieties are only around 4 inches tall. Organic pesticides are beneficial throughout the growing season to ward off common zinnia flower pests and diseases.

The first Zinnia came to Europe from Central America in the 1500s. However, those varieties were unattractive and didn’t feature the large colorful flowers today’s varieties are known for.

A German botanist known as Dr. Johann Gottfried Zinn wrote the first written description of the new plant and was therefore honored by being its namesake. The Zinnia elegans species most widely grown today didn’t arrive in Europe until 1796.

Zinnias are either bred for large flowers that can reach up to 6 inches in width or pom-pom style small blooms that look like Dahlias.

Popular Zinnia cultivars include those that produce multicolored blossoms, such as ‘Dreamland Mixed’. Giant varieties like ‘Benary’s Giant Mix’ and ‘State Fair Mix’ produce stems of up to 4 feet in height and massive blooms ideal for cut flowers (either fresh or dried).

The common Latin name for the plant, Zinnia, is derived from the first European scholar to describe it. Dr. Johann Gottfried Zinn wrote about one of the genus members in the 1600s, although the common Zinnia wouldn’t become popular for another century more.

What Regions are Zinnia Flowers Native to?

Zinnias are native to South and Central America. Zinnia elegant, in particular, is believed to originate in Brazil. After many centuries of careful breeding and international trade, they’re grown everywhere, from China to Alaska now.

When are Zinnia Flowers in Season?

Zinnia is one of those garden flowers that start blooming in spring and continue until the fall. This makes them a great addition to the landscape since they don’t need replacement in the middle of summer. Zinnias will benefit from monthly fertilizing throughout the flowering season and grow best in rich, well-draining soil bases.

Uses and Benefits of Zinnia Flowers

Zinnia petals are technically edible, although they do not have much flavor or particular medicinal value. Since they’re brightly colored, they’re popularly used as a garnish or decoration. They’re not toxic to pets or children, making them ideal for a family garden or yard.

Zinnia can supply both pollen and nectar to smaller bees, making them ideal for attracting a more comprehensive range of pollinators to the area.

Zinnias have meaning throughout their native and adopted ranges, but the symbolism behind these flowers begins with the colors.

The Cultural Significance of Zinnia Flowers

Zinnias are used widely today because they’re cultivated as cut flowers throughout the world. In modern flower language, they’re commonly used to celebrate friendship or a new success. Yet they also have a history of symbolic use in other cultures that modern flower designers can draw from when creating new bouquets.

Zinnia Flowers in the Victorian Era

Since Zinnia was long cultivated and developed into brightly colored and large-sized blooms by the Victorian era, they were part of the popular flower language of the time.

The Victorians felt that this flower symbolized a wide range of messages, including love and friendship.

Red and magenta Zinnias were used to send a message of desire and romantic love. Orange, yellow, and white Zinnias were sent to friends instead. Yellow and white commonly indicated that friends were separated or missing each other, while orange Zinnias would be used to celebrate a reunion with friends.

Green Zinnias were less common, but they were also occasionally used to send a message of interest in a new friendship with someone.

Zinnia Flowers in Mexico and Spain

Zinnias originally came from Mexico, and the Spanish explorers that made contact with the Aztec emperors developed their own meanings for the flowers.

They learned that the native people called the flowers “eye sores”, or “mal de ojo” in Spanish. This name in particular refers to the Zinnia peruviana.

However, the Zinnia elegans is still referred to by that common name in Spain and Mexico. This is due to the bright color of the blooms, which can hurt the eyes when viewed on a particularly sunny day.

Despite the less than positive-sounding name, the flowers are generally viewed as romantic symbols of love in both Spain and Mexico.

Zinnia Flowers in Art and Literature

Zinnias are also the focus of many popular pieces of art due to their unique shapes and bold colors.

Some popular artists that have made Zinnia themed artwork include Vincent Van Gogh and Clementine Hunter, who painted hundreds of artworks featuring these beautiful flowers.

Zinnias are great for bouquets given to friends, especially those meant to celebrate either a going away party or a welcome home event. It’s also common to see them used in romantic bouquets and even wedding floral arrangements.

How to Care for Fresh Cut Zinnia Flowers at Home

Zinnias are some of the easiest cut flowers to keep fresh. Simply time the cutting to right after the stem becomes stiff and not flexible anymore, about 8 inches below the bloom. These cut flowers will last for a week or more with just a few drops of bleach in the vase water.

Don’t let the familiarity of Zinnia flowers make it less meaningful or mystical as a symbol. These colorful blooms belong in every landscape. Since they’re easy to grow and can be cut for homemade bouquets and flower gifts, there’s no reason not to include them in every garden. Zinnias are easily grown from seed, making them a quick addition to the landscape with minimal investment.

What does the zinnia flower symbolize?

In the language of flowers, Zinnias symbolize love, friendship, the wish to reunite with someone, and a zest for life.

What are zinnia flowers used for?

As edible flowers, Zinnia petals are commonly used as garnishes on cakes and foods.

What does Zinnia mean in English?

The name Zinnia is derived from the name of Dr. Johann Gottfried Zinn who was the first to describe the flower in botanical texts.

Are zinnias and dahlias related?

While Zinnias and many Dahlias look similar, they’re only vaguely related by both being members of the Asteraceae family.

Do zinnias self seed?

Zinnias are known for their prolific self-seeding which helps them return year after year despite being an annual. 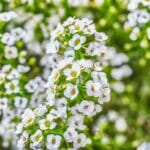