The many types of dahlia flowers are hard to beat when it comes to the diversity of colors, sizes, and shapes in the garden. The blossoms of these easy-to-grow flowers come what feels like an infinite range, from deep crimson red to snowy white, creamy pink to sunshine yellow, royal purple to barely black, with a multitude of colors in between. Some even produce blossoms in multiple hues, boasting bi-color or variegated petals. 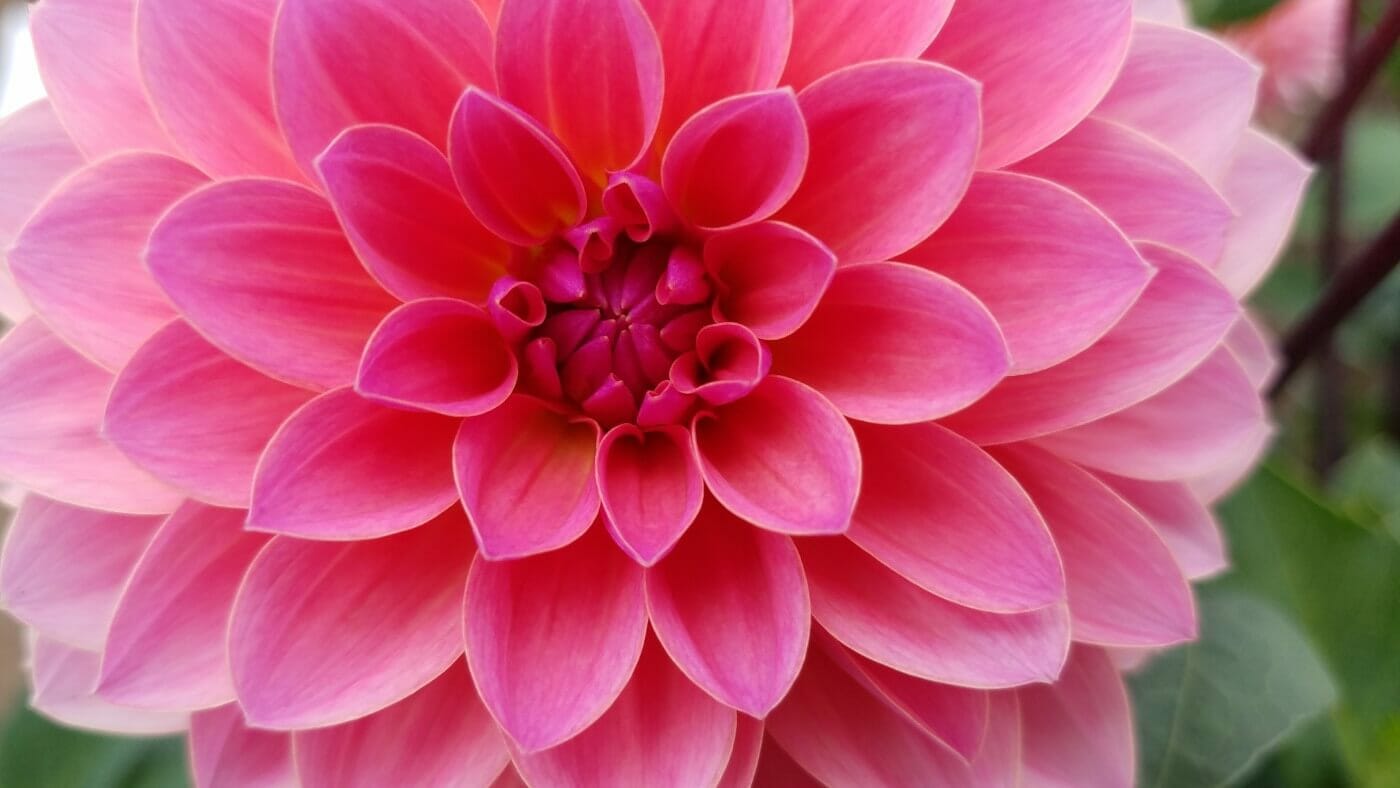 With 70,000 named varieties (growing from 10 inches to six feet tall) your choices feel almost endless. But dahlia diversity is more than just color; these popular perennials grow in a wide range of shapes, as well, and offer rich symbolic value in addition to lots of uses and benefits. From fluffy pompoms to orchid-like single flowers to massive dinner-plate blooms, the decorative dahlia adds a true rainbow of shapes, sizes, and colors to your garden.

Read on to learn more about the many types of dahlia flowers.

Flowers in the Dahlia genus are tuberous plants that grow in 42 species and almost countless hybrids. Dahlias belong to the Asteraceae family, a group of flowering plants that also include popular garden favorites such as zinnias, daisies, and chrysanthemums.

Native to mountainous regions of Central and South America, dahlias are the national flower of Mexico. They were initially grown as a food crop thanks to their (edible) tuberous roots.

Today, dahlias are popular landscape flowers around the world. They’re grown as winter hardy perennials in USDA hardiness zones 8 through 11, tender perennials in USDA zones 6 and 7, and as annuals in cooler climes. They’ll benefit from regular fertilizing, rich and well-draining soil, frequent watering, and need at least 6 to 8 hours of full sun each day to thrive.

Dahlias have a long growing period, as well as a long flowering season. Most varieties bloom from summer through fall, taking around two months to flower. Some can bloom well into September and October.

When Spain invaded Latin America in the 1500s, the conquistadors discovered what’s now known as the tree dahlia (D. imperialis), a single-flowered species that grows up to 20 feet tall. The Aztecs of Mexico and Guatemala used the hollow, trunk-like stems of the acocotli to carry water.

In the 18th century, Spanish botanists brought the tubers back to Europe. At first, the plants were cultivated for their edible roots, just as they had been for centuries in Latin America. But soon, breeders began playing with the plants and developed several different forms, such as the double flowering varieties and colors.

By the 1900s, new varieties such as D. juarezii were popular, and tens of thousands of hybrids were developed over the following decades. Today, there are about 70,000 named dahlia varieties.

Popular Types of Dahlias to Grow at Home

Finally, the ADS also designates 20 different forms. Let’s take a look at some of the most popular dahlia varieties you can grow in your own garden.

Formal decorative dahlias are named for their evenly spaced and regularly placed petals, also known as “ray florets.” The petals are double and dense, with a tendency to have a slight curve back toward the flower’s stem. The petal edges may roll slightly forward (partially involute) or slightly backward (partially revolute).

Popular types of semi-cactus dahlias include:

Petals are revolute for more than half their length, creating an almost “spiny” appearance. The ray florets may be straight, almost straight, pointed or recurved. They emerge from the flower head in all directions. Because the petals are rolled, they don’t collect water; this means they weight less and may not need staking.

Like the straight cactus dahlia, the incurved cactus also has petals that roll for more than half their length. Most look completely rolled, from the base to their pointed tip. However, the petals also curve inward toward the center of the flower.

Laciniated dahlias are named for the split, or laciniation, found at the end of each petal. This gives them a frilly look, as though they were cut with pinking shears. The petals are uniformly arranged and may be involute or revolute.

Popular types of laciniate dahlias include:

Not surprisingly, ball dahlias bloom in the shape of a sphere — though some varieties may have a slightly flattened face — and have fully double blossoms. Petals usually grow in a spiral pattern and may have blunt, indented, or rounded margins. Ray florets may be mostly involute for most of their length, or fully involute for half of their length.

Miniature ball dahlia also boasts sphere-like, fully double blossoms like the larger ball type. Petals can be indented, round, or blunt and may be partially or fully involute. They differ in size; miniature ball dahlias are smaller than their larger cousins.

Like ball dahlias, pompons have fully double flower heads. However, they’re even more globular in shape and smaller in size at only about 2 inches. Pompon petals may be partially involute for their entire length or fully involute for more than half their length.

Popular types of pompon dahlias include:

Stellar dahlias are fully double and characterized by gradating differences between immature and mature florets. Immature ray florets are narrow and partially involute, with maturing ray florets gradually growing more involute, all with a slight recurve toward the stem. Proportion is key, too, with an ideal depth being more than 2/3 to 1/2 that of the diameter.

Waterlily double blooms and symmetrical placement, waterlily dahlias look flat from the side. Four to seven rows of outer ray florets surround a closed, dome-shaped center. Petals are usually broad, flat, or slightly cupped and often incurved somewhat to a depth of about one-third of the flower’s diameter.

Popular types of waterlily dahlias include:

Unlike waterlily dahlias, peony dahlias have an open center and are single flowering. They also have two or more rings of petals around a disc of tiny, tube-shaped florets. Petals that grow around the disc are often curled, twisted, small, or otherwise irregularly shaped.

Anemone dahlias can be identified by rows of (usually flat) petals surrounding a densely petaled central disc. The disc is made of tightly packed, colorful, tubular petals that grow in a domed shape that resembles a pincushion.

Popular varieties of anemone dahlias include:

The collarette dahlia has a single row of flat or slightly cupped petals. A smaller ring of petaloids, less than half the length of the outer petals, rings the central disc.

Single dahlias have a solitary row of petals surrounding a disc of tightly packed petaloids. This type of dahlia has ray florets that lie flat and are evenly spaced around the central disc. Petals may overlap, and colors often concentrate toward the center.

Popular varieties of single dahlias include:

Mingon single dahlias have the same characteristics as single dahlias — a single row of petals surrounding a disc — but have smaller diameters. Mignon single flowers grow to a diameter of 2 inches or less.

Orchid dahlias feature one row (single) or two rows (double) of regularly spaced petals around a central disc. At least 2/3 of petal length is partially involute, and 1/3 of length is fully involute. Petals may overlap.

Popular types of orchid dahlias include:

Orchette dahlias combine characteristics of orchid and collarettes. Like orchid dahlias, 2/3 of orchette petal length is partially involute, while 1/3 of the length is fully involute. Like collarettes, the orchette has a petaloid-ringed central disc.

Novelty open dahlias don’t fit neatly into any of the other ADS classifications. They may have different characteristics but can be identified by an open, visible central disc.

As their name suggests, novelty fully double also doesn’t fit neatly into the other ADS form categories. However, these dahlias have a fully double center.

With so many choices — almost 70,000, to be exact — dahlia varieties come in an almost infinite range of sizes, shapes, and colors. Most are relatively easy to grow, making dahlias a great choice for anyone who dreams of a rainbow of color in the garden. 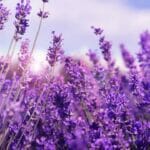 How to Harvest, Prune, and Dry Fresh Picked Lavender 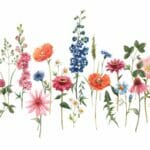 20 Botany Terms That Will Make You A Better Gardener