Unique and Interesting Facets About Sunflowers

With their cheerful faces and colorful petals, you just can’t help but smile when you see a sunflower. Long a favorite subject of artists, from van Gogh to Gauguin to WeiWei, sunflowers hold symbolic meaning in many cultures. To the Incans, the flowers symbolized the powerful Sun God. To the Victorians, they signified adoration (or haughtiness). And in the U.S., sunflowers are often given on a third wedding anniversary. These happy plants have many medicinal and culinary uses, too. Read on to learn more about these beautiful and fascinating flowers in our comprehensive guide to sunflower facts.

Sunflowers belong to the Helianthus genus, which contains about 70 species of annual and perennial flowers. The common sunflower, H. annuus, is perhaps the archetypical sunflower so often seen in gardens and landscapes.

Depending on the variety, these North and Central American natives stand up to eight feet tall. They have a strong, slightly hairy stem and coarse foliage.

Most sunflowers bloom in summer or into fall with dramatic yellow, orange, and red blossoms around a flat, central disk. Though the blooms may look like single flowers, they actually consist of many smaller flowers. The blossoms attract bees and other pollinators. Humans (and wildlife) treasure the plants’ tasty, oil-rich seeds.

1) Sunflowers are heliotropic, which means their faces tilt slightly to follow the sun.

This helps aid in photosynthesis and in attracting pollinators. The heliotropism usually ends when plants mature; most stand facing the east.

2) Helianthus are native to the Americas

3) People have cultivated sunflowers since 3000 BC

They’ve long been valued for their seeds, to make yellow, purple, or black dye, and for their medicinal uses.

4) The sunflower is the Kansas state flower

H. annuus, the common sunflower, is native to the plains states and is the Kansas state flower. Kansas is known as the “Sunflower State.”

5) The Ancient Inca associated sunflowers with the Sun God

The ancient Inca associated sunflowers with the sun god and religious officiants wore sunflowers on their ceremonial clothing.

6) The Spanish took sunflowers back to Europe

When the Spanish conquistadors colonized the Americas, they took sunflowers back to Europe with them. By the 1500s, the flowers had started to spread around the world.

7) The Tsar Peter the Great brought sunflowers to Russia from the Netherlands.

Unlike most other types of cooking oil, the Russian Orthodox Church didn’t ban sunflower oil for use during Lent, so the plants quickly grew popular. By the 1800s, over 2 million acres of sunflowers were planted across the region.

8) Sunflowers were deeply symbolic in the Victorian Flower Language

They make a perfect gift for new graduates and celebrate personal and professional accomplishments. Sunflowers are considered highly auspicious, and the color yellow is often associated with intelligence and vitality. The flowers also stand for longevity, perhaps because ancient Chinese royalty associated the sunflower with immortality.

Sunflower’s name comes from the Greek for “sun,” or helios, and “flower,” or anthos.

11) Sunflowers figure in the Greek legend of Clytie and Apollo

Clytie was jealous of Apollo’s new love interest, Leucothoe, so she tattled to Apollo’s father, who buried Leucothoe. Apollo turned her into a sunflower so she could watch his chariot move across the sky every day.

12) Sunflowers were a favorite subject for artist Vincent van Gogh

His 12 sunflower paintings are among his most famous works. He created the paintings in France between 1887 and 1889 and referred to sunflowers rather possessively as his own artistic signature. Van Gogh’s love of sunflowers inspired his artist friend Paul Gauguin to paint “The Painter of Sunflowers,” an image of van Gogh creating, you guessed it, his sunflower paintings.

13) Van Gogh and Gauguin aren’t the only painters to feature sunflowers.

Diego Rivera incorporated the flowers into several works, such as “Muchacha con Girasoles.” And Ai Weiwei’s 2020 work “Sunflower Seeds” consists of millions of porcelain seeds — all handmade — together weighing more than 10 tons.

The tallest known sunflower measured more than 30 feet tall. It was grown in Germany in 2014.

Black seeds are oily and used to make cooking oil and nut butters. Gray seeds are less oily and are used as snacks for humans, in bird seed, and in animal feeds.

17) Ukraine is the largest producer of sunflower seed oil

18) Sunflower seeds are a rich source of vitamin D

Many supplements contain sunflower oil. The seeds are also a source of other nutrients such as vitamins A and E, copper, iron, magnesium, phosphorus, and selenium.

It contains linoleic acid, often used in skin treatments. Studies also indicate that the polyunsaturated fats in sunflower oil are a heart-healthy choice.

Sunflowers also need plenty of space to grow. If they’re planted too close together, they’ll compete for resources and won’t grow as robustly.

In most regions of the U.S., the growing season for sunflowers stretches from June through September. Most varieties bloom in summer, though some produce blossoms in late summer through fall.

22) The 70 species of sunflowers are diverse in size

The smallest, dwarf varieties like ‘Elf’ grow to only about 16 inches tall with 4-inch flower heads. The tallest varieties, like the ‘American Giant,’ can grow to 16 feet tall with flower heads reaching 12 inches in diameter.

23) Sunflowers bloom in a range of colors

While many are that archetypal sunny yellow, other varieties range from white, gold, rust and orange, and even deep ruby red. Some varieties even boast multiple colored blooms.

After nuclear accidents, such as Japan’s 2011 Fukushima incident and the 1986 Chornobyl meltdown, sunflowers were planted in millions around the site. It turns out that the flowers, along with other plants such as amaranth and field mustard, are great at absorbing radiation.

25) Sunflowers are easy to grow.

Just provide them with full sun, enough space, and the right amount of water for their needs and watch them grow! Consider extending the flowering period by planting seeds in weekly intervals or choosing various types that flower at different times.

Sunflowers may be best known for their cheerful, nodding, yellow heads that follow the sun across the sky. But these happy flowers have much to offer, from health benefits to a cleaner environment. Of course, they’re also a great way to send a message of cheer, friendship, and joy. 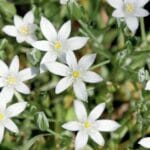 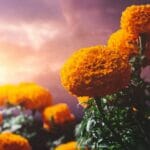