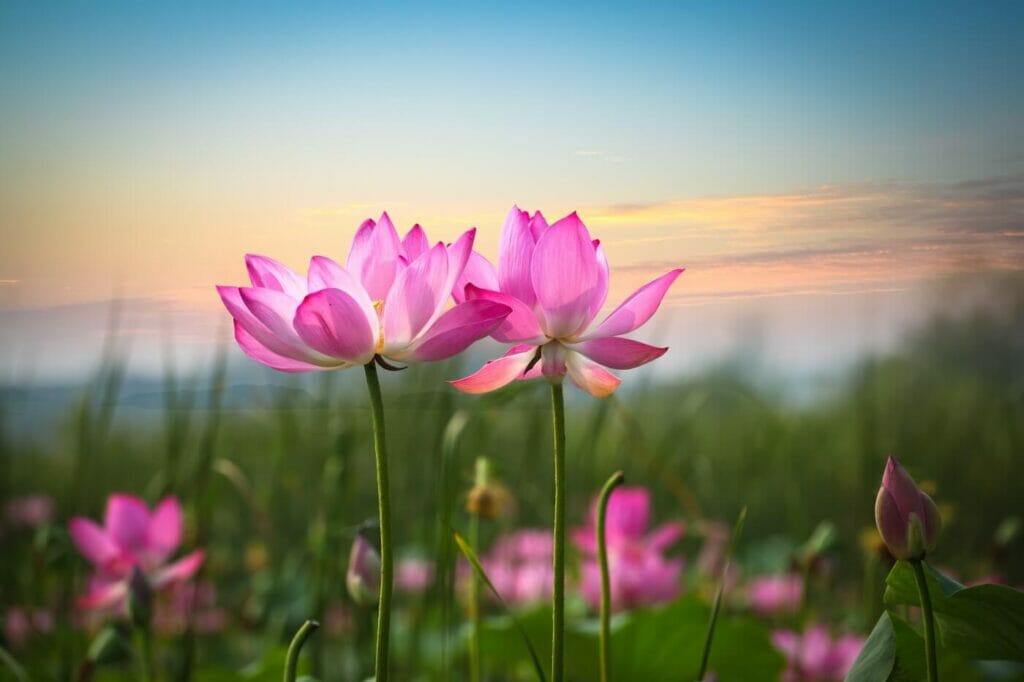 The Spiritual Meaning of Lotus Flowers

The Lotus flower has historical, cultural, and spiritual significance in many religions, and disciplines. It is a sacred flower in both Hinduism, Jainism, and Buddhism and more recently, because of the diversity of cultures, it has gained some prominence in Christian faiths.

For 3,000 years it’s been carefully cultivated for its beautiful and fragrant flowers, and edible seeds. The lotus is the national flower of India, Egypt, and Vietnam. Its symbolism in those cultures has made its way to support Christian beliefs as well.

What Does a Lotus Flower Mean Spiritually?

Regarded by many cultures as sacred, lotus flowers give various meanings and symbolism. They are called the Flower of Life because of their association with the cycle of life, death, and rebirth. Moreover, a lotus flower, particularly the pink one, is the national flower of India.

The Spiritual Meaning of Lotus Flowers in Buddhism

Lotus flowers play a vital role in Buddhism. They generally represent spiritual awakening, purity, and faithfulness. This belief roots from the fact that lotus flowers emerge from muddy waters. For Buddhism, that means the act of rising above despite the challenges and moving towards the light of wisdom.

In Buddhism, the symbolism of a lotus flower also differs depending on its color. For instance, a blue lotus flower symbolizes a spirit’s victory over knowledge and wisdom. White lotuses signify peace and purity, while red lotuses, much like other red flowers, mean love and compassion.

The Spiritual Meaning of Lotus Flowers in Hinduism

For Hindus, the lotus represents our ability to transcend our awareness and expand our souls and eventually evolve. It is the realization of inner potential through tantric and yogic traditions. It is seen as the energy flowing through the chakras, like the wheel seed pods of the lotus. And above the head a thousand flowering petals.

The Spiritual Meaning of Lotus Flowers in Ancient Egypt

In Egypt many of the lotuses are blue. A striking color. It is also Egypt’s national flower. Queen Cleopatra was said to bathe in an unguent of blue lotus to preserve and transform her beauty.

The Spiritual Meaning of Lotus Flowers in Christianity

In Christianity, the lotus flower represents purity, transformation, transfiguration, and ascension into paradise. The lotus flower blooms for 3 days. Opening and closing with the sun. Like Christ who took 3 days to resurrect.

The Spiritual Meaning of Lotus Flowers in Jainism

In Jainism, Lord Ganesha holds four elements, a rope, an ax, a sweetened rice ball, and a lotus. The lotus represents inner potential and purpose. The blue lotus in particular symbolizes protection and awakening.

The Spiritual Meaning of Lotus Flowers in Yoga

The lotus flower in yoga is considered a symbol of spiritual enlightenment, rebirth, and self-realization. Because it comes from muddy waters from deep roots, the lotus position begins with connecting with the root chakra. The root of our core sitting up straight it moves through the seven chakras and then blooms in energy at the crown with the thousand-petaled lotus flower.

The beauty of a lotus flower goes beyond its aesthetics. This flower is considered by many cultures and religions as sacred and is still regarded for its many different spiritual meanings and symbolism around the world today. 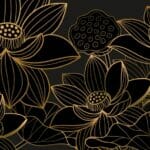 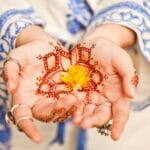