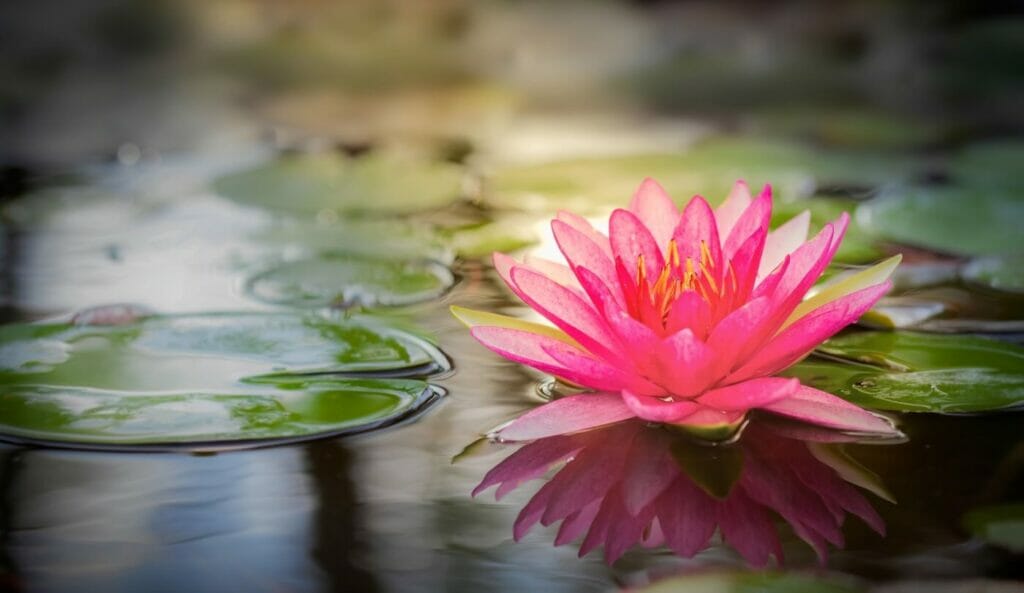 The Meaning, Symbolism, and Cultural Significance of Pink Lotus Flowers

In this guide, we’ll take you through everything you need to know about the meaning and symbolism of pink lotus flowers. The beauty of a pink lotus flower goes beyond its aesthetics and is considered sacred by many cultures and religions.

Pink lotus flowers are often associated with Buddhism as these charming blooms portray Buddha’s earthly symbol. They hold various meanings, depending on the state of their buds. A pink lotus plant with a close bud represents passing through the spiritual path, while a fully-bloomed one means enlightenment.

Fossil records show that pink lotus flowers have been in existence for millions of years. They are believed to have survived the Ice Age between 1.8 million and 10,000 years ago when many plants went extinct.

The pink lotus has been cultivated for over 3,000 years across Asia, Eastern Europe, the Middle East, Egypt, and northern Africa.

The most common type of pink lotus is often better known as the Sacred Lotus (Nelumbo nucifera), Indian Lotus, or Angel Lotus. This plant forms part of the Nelumbonaceae botanical family.

The Sacred Lotus plant is known for its 8-inch showy pink flowers and waxy green leaves. The flowers remain open during the day and close at night for three days.

The Meaning & Symbolism of Pink Flowers

In the language of flowers, Pink flowers have long carried the symbolic meaning of affection and love; unlike red, which means purely romantic ardor, pink ranges from friendship to marital attachment to gratitude. The color pink was originally a nongendered hue. Today, it works equally well for sending flowers to men, women, and anyone else.

The Spiritual Meaning of Pink Lotus Flowers in Buddhism

Pink lotus flowers feature prominently in Buddhism. Traditionally, the pink lotus represents spiritual awakening, purity, and faithfulness. This belief roots from the fact that lotus flowers emerge from muddy waters. For Buddhism, that means the act of rising above despite the challenges and moving towards the light of wisdom.

Lotus flower colors carry unique meanings and symbolic values in Buddhism. For instance, the pink lotus flower is considered the ‘true lotus’ and the most identified primary color.

In contrast, the blue lotus flower symbolizes a spirit’s victory over knowledge and wisdom. White lotuses signify peace and purity, while red lotuses mean love and compassion, much like other red flowers. Purple lotus flowers, on the contrary, have a deeper meaning as their petals represent important teaching of Buddha called the Noble Eightfold Path.

The pink lotus flower is also a prominent symbol in Hinduism. Traditionally, pink lotus flowers represent spiritual enlightenment, growth, purity, and birth, among many others. The flower symbolizes one’s ability to perform their duty without being influenced by any desire, pleasure, or gain.

In Hinduism, lotus flowers represent that life begins in water. The Hindu tradition believes that Lord Brahma appeared from Lord Vishnu sitting on a lotus plant.

Other Hindu deities are also associated with a pink lotus flower, such as the Hindu goddess of learning, Goddess Saraswati, and goddess of wealth, Goddess Lakshmi.

The National Flower of India

This sacred pink bloom has long held auspicious symbolism in Indian culture and has featured prominently in ancient India’s history, art, and teachings.

The pink lotus appears prominently in Greek mythology. The ancient writer Homer describes Odysseus, the cunning and the wanderer, visiting the land of the lotus-eaters in the Odyssey. It is recognized that he is depicting the sacred pink lotus of India.

The pink lotus flower has many medicinal purposes. It can be used to make tea. And its seeds and tubers can also be eaten. The tubers are rather like jicama, but they must be steamed or cooked first to avoid the toxins in raw tubers.

The pink lotus is used to treat diarrhea, fever, and cholera. The lotus contains chemicals that help break down fat that may help protect the heart and blood vessels. It decreases swelling and kills bacteria.

The Sacred Lotus flower is also edible. For instance, the plant’s underground stem, known as rhizomes, is commonly consumed by Asians and Native American tribes for their starch content.

The leaves serve as vegetables, and the stamens flavor teas. Lotus seeds are likewise fit for human consumption. They are consumed like nuts and dried and ground into flour.

In China, the pink lotus flowers are considered symbolic of femininity and marital happiness.

Additionally, China is home to some of the earliest recorded lotus germination records attributed to seeds that were discovered in lakebeds in northern parts of the country.

In Japan, the pink lotus flowers are considered spiritual and enchanting, representing the purity of the mind, body, and soul.

The beauty of a pink lotus flower goes beyond its aesthetics, carrying deep symbolic meaning in religions and cultures worldwide. This sacred pink lotus flower serves as a pedestal for divine figures in religious art and represents spiritual awakening, purity, and faithfulness. 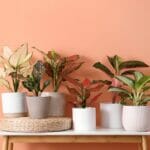 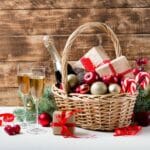 24 Best Gift Baskets in Arlington, TX (For Every Occasion)