Petunias are a popular annual flower grown in pots and containers across the U.S. According to the 2019 Horticultural Census; petunias rank number one in plant sales across the country. But petunias haven’t always been esteemed for their beauty. You may be surprised to learn that petunias once symbolized anger and resentment in the language of flowers. Although their popularity in recent years has changed their symbolism, it is still worth noting that some may continue to refer to their outdated meaning. In this guide, we’ll cover everything you need to know about Petunia flower meaning, symbolism, and cultural significance over time. 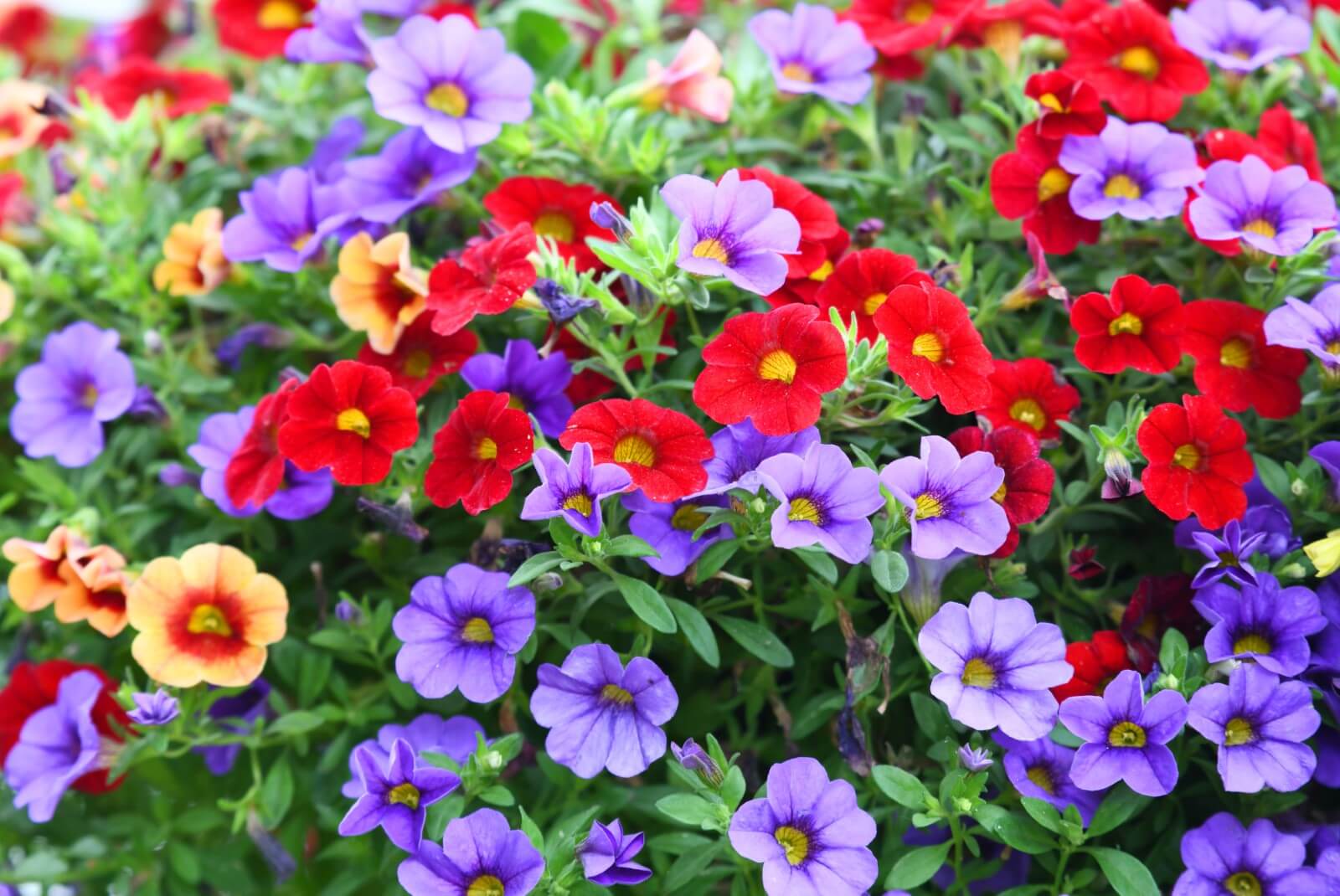 The Meaning & Symbolism of Petunia Flowers – The Essentials

The symbolic meaning of petunia flowers has evolved throughout time from associations with anger and resentment to the more modern symbolism of desire, hope, and calmness. As with all flowers, the meaning and symbolism also depend on the color of the petunia flowers and the relationship between the giver and the recipient.

Petunia is a genus of plants in the Solanaceae family. There are approximately 35 species of petunia plants. The garden petunia (Petunia x atkinsiana) is an ornamental plant used as bedding plants or to fill window boxes and hanging baskets.

Petunias produce papery trumpet-shaped blooms ranging in color from white, pink, purple, and red to striped or spotted hybrids. Many petunias have a contrasting throat that may be either lighter or darker than the petal color.

The growing habits of petunias depend on the variety, as some are short (8 to 10 inches) upright plants, while several types produce long, cascading vines that may reach 3 feet or more.

These showy flowers attract butterflies, bees, and hummingbirds to the summer garden.

Petunias have a delicate, sweet fragrance that is more noticeable in the late afternoon or evening.

Petunias originated in South America, where Spanish explorers reportedly discovered them in the 16th Century. At the time, the plants were ignored as they were considered ugly, which the natives called ‘petun,’ meaning ‘worthless tobacco plant.’

They were not introduced to Europe until 1823 when a new group of Spanish explorers visited Argentina and brought back samples and seeds.

Petunias are divided into categories based on their growth habit and flower size. These include:

Each group of petunias contains a wide variety of cultivars that vary in appearance and flower color.

It is generally believed the name petunia was derived from the word petun, the term for worthless tobacco plant in the Tupi-Guarani language spoken in South America.

However, some sources report the Tupi-Guarani term for the plant was pety. Still, others like Tom MacCubbin of the Orlando Sentinel claim that a French botanist named Petun collected the first seeds from Argentina in the mid-1800s. The plant was given the name petunia in his honor.

What regions are Petunia flowers native to?

Petunias are native to regions of South America and Mexico. The first petunias were discovered in Argentina and surrounding areas.

When are Petunia flowers in season?

Petunias are a tender perennial grown as annuals across the U.S. These prized flowers bloom from spring until fall with a show-stopping display of color all summer.

Uses and Benefits of Petunia Flowers

Petunias are ornamental plants typically grown in containers and hanging baskets, but they can be grown in borders, too. These showy flowers bloom all summer, bringing color and life to the garden.

Petunias are insect-pollinated and attract hummingbirds, bees, butterflies, and other flying insects. The hummingbird moth is often seen buzzing from flower to flower in the late evening.

Petunia flowers are sometimes used as a garnish, but they typically are not eaten, although they are non-toxic to humans and pets. Petunias can be planted safely in areas where children and pets are likely to play.

The Meaning, Symbolism, and Cultural Significance of Petunia Flowers

Pink represents gentleness and femininity and is typically equated with motherly love. These petunias make a delightful Mother’s Day gift.

Red is the color of passion and love. It’s commonly believed that red petunias represent depth and strength in relationships.

White is the color of innocence and purity, but white petunias can also express trust and dignity. They are often displayed at weddings and religious events.

Black petunias can be interpreted as a sign of death or feelings of gloom, but some say they represent strength and uniqueness. The meaning depends on the relationship between the giver and the recipient.

Blue flowers represent trust and peaceful energy and are best for those you trust and admire. Give blue petunias to family, friends, or colleagues.

The Historical Symbolism of Petunia Flowers

The Mayans and Incas believed that petunias possessed the magical power to chase away spirits and monsters from the underworld. It is said that petunias will not grow in an area with negative energy but will thrive in positive energy.

The first petunias were discovered in Argentina by Spanish explorers in the 16th century. These white flowers were less showy than the dramatic petunias we have today. It is reported that the Tupi-Guarani Indians referred to them as petun, meaning worthless tobacco plants. The explorers we so unimpressed with the plant that they did not bother to gather seeds from them.

The contradictory symbolism associated with these flowers can be traced back to Victorian times when petunia’s association with anger and resentment were linked to the sudden and extreme outbursts by Her Royal Highness Queen Victoria.

The petunia is used in shaman rituals in South America to bring insight. Petunias are thought to enhance creativity and inspiration, make dreams come true, and encourage wonder and hope.

Today, the meaning and symbolism of petunia flowers make them suitable gifts for housewarmings, birthdays, anniversaries, Mother’s Day, and other celebrations.

What does a Petunia flower symbolize?

Petunias can symbolize anger and resentment, especially if given to someone you have recently disagreed with. However, a more modern symbolism of petunia portrays petunias as a flower of desire, hope, and comfort or calmness.

While petunias don’t specifically represent luck, Mayan and Incan beliefs think petunias ward off evil spirits and only grow in areas with positive energy. They are also thought to express desire, hope, and comfort, which may bring the recipient good luck.

Is a Petunia a flower of love?

Petunias can represent desire and the feeling of comfort around the recipient.

Do Petunia flowers come back every year?

Petunias are a tender perennial grown as annuals in the U.S. The flowers and plants die when it gets cold in the fall. The plant does not regrow in the next year, however, when grown in the flowerbed, petunias often self-seed, and new petunia plants emerge the following year.

How long do Petunia flowers last?

Each petunia flower opens in the morning. By nightfall, the flower closes and begins to whither. The old flower drops from the vine within a day or two, but because the petunia blooms so profusely, new flowers are always in bloom.

Do Petunia flower more than once?

Petunias bloom prolifically all summer. If they suffer from a lack of water and begin to dry up, pruning the plants and giving them the water they need will typically revive them. It may take several weeks for the petunia plant to be in full bloom again.

For years, petunias symbolized anger and resentment, but that has changed as these beautiful flowers have earned a home in flowerbeds and containers across the USA more popular meaning for petunia flowers is more uplifting as they represent desire, hope, and calmness. Petunias are an ideal gift for housewarmings, Mother’s Day, birthdays, and anniversaries. 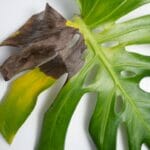 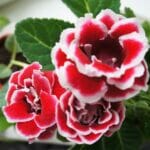 Gloxinia Flower Meaning in the Language of Flowers