Charm, romance, seduction… the oleander (Nerium oleander) or desert rose has long been featured in myth. In the language of flowers, oleander may signify desire, destiny, and caution, as well as romantic love. Oleander is prized for its lovely blossoms that bloom in a range of colors, from pink to white purple to yellow. Here we’ll take you through everything you need to know about Oleander flower meaning and symbolism, plus learn about their rich history and cultural significance from around the world. 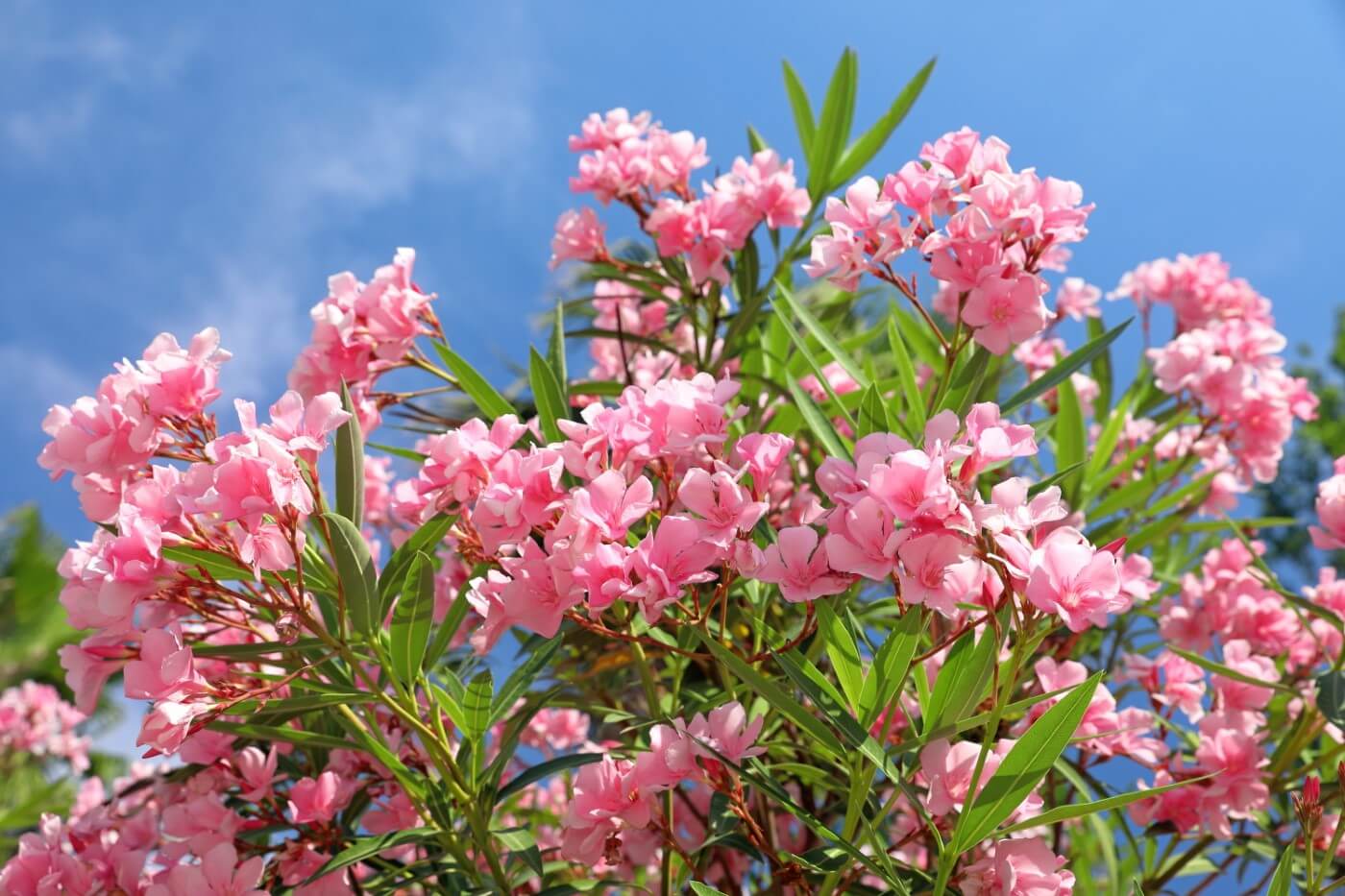 The Meaning & Symbolism of Oleander Flowers – The Essentials

Oleander has many meanings across mythologies and religions. The flower’s name comes from the Greek story of Leander, whose love discovered him drowned after a Tempest. In the Victorian language of flowers, oleander stands for “beware!” or caution, symbolizing the complex nature of love and romance.

Nerium oleander, also known as desert rose, is the only species in the Nerium genus. It’s part of the Apocynaceae or dogbane family, which also contains plants such as milkweed and vinca.

The oleander has been cultivated since ancient times, and figures in Greek, Christian, and Hebrew mythology. They were also grown in ancient Roman and Chinese gardens.

In China, oleander cultivation was practiced by scholars, who would use cut oleander flowers to illustrate their work.

Evidence of mass plantings of oleander flowers has been found in the preserved city of Pompeii, as well as painted in several murals on the city’s walls.

Native to the Mediterranean, oleander was introduced to the West Indies by British colonialists, who planted them in attempts to create a “tropical fairyland.” They quickly spread around the warm regions of the world. The plants are thought to have been introduced to North American in the 1560s by Spanish settlers.

Oleander grows as a woody shrub or tree. It can reach heights from 6 to 16 feet or more and up to 10 feet wide. A clumping, broadleaf evergreen, oleander has leathery, dark green leaves about 6 inches long.

It blooms with showy, funnel-shaped flowers in a range of colors, including white, cream, tan, yellow, pink, red, purple, lilac, burgundy, and orange. Flowers have a light, pleasant scent that some compare to apricots.

However, some dispute surrounds oleander’s origins. Some credit the name Nerium oleander’s initial use to Linnaeus in the 1750s. Others point to the historical usage of “oleander” by Romans as far back as the first century AD.

Some think the name comes from a combination of rhododendron and olea (or olive), both of which the oleander resembles. Yet others theorize that it comes from melding the Greek for ollyo or “I kill” and aner or “man” and refers to the plant’s toxic nature.

What Regions are Oleander Flowers Native to?

Oleanders are native to the Mediterranean, Iran, India, and southern China.

When are Oleander Flowers in Season?

When grown in warm climates, oleander flowers bloom at different times during the year. Blooms tend to peak in spring and summer.

Uses and Benefits of Oleander Flowers

Oleander is highly toxic to humans, dogs, cats, horses, and other livestock. Every part of the plant is poisonous, from the roots to flowers. Even touching the milky sap can cause skin irritation and breathing the fumes from burning oleander is hazardous.

Oleander contains cardenolide glycosides, potent toxins that are concentrated in the plant’s sap. When ingested, oleander may cause nausea, vomiting, stomach pain, dizziness, irregular heartbeat, and even death.

It’s said that soldiers under Alexander the Great died after eating meat cooked on oleander wood skewers. Many ancient societies used oleander to make poison. Even a few leaves falling into a water bowl can kill a dog or cat.

The plant is used to make oleandrin, a cardiac medicine prescribed to patients who can’t take digitalis. Traditional folk medicine also uses oleander as a diuretic, to treat snakebite, ulcers, leprosy, cancer, and as an anti-bacterial.

Oleander is commonly grown as an ornamental. It doesn’t have culinary uses, due to its toxicity, but it does attract pollinators with its tubular, brightly colored flowers.

Oleander flowers hold different meanings across cultures. To the Victorians, a gift of oleander flower might mean caution or beware. In the language of flowers, it signifies the complicated nature of love and relationships.

It may also symbolize romance, desire, and destiny. In Greek myth, oleander flowers are associated with endless love and charm.

The Cultural Significance of Oleander Flowers

The oleander features prominently in a Greek myth that underscores the flowers’ connection to love, charm and desire. Leander was wooing a beautiful maiden, and every night he’d swim across the Strait of Gallipoli to meet her.

One night, he was caught in a tempest and drowned. His lover wandered the beach crying “oh Leander, oh Leander.” Eventually, she found his body washed up on shore, clutching flowers in his hand. Devastated, she took the flowers from his hand and planted them, where they continued to grow as a symbol of their love.

Oleander also plays a role in religious tradition, such as the Christian bible’s “Rose of Jericho” and “St. Joseph’s Staff” in Italy. The Talmud contains multiple mentions of oleander in the Mishnah. In India, Hindu mourners often place oleanders around the bodies of their dead.

The oleander figures prominently in art through the ages. In the preserved city of Pompeii, murals painted on garden walls feature the flowering shrubs. Many great artists painted oleanders, such as:

Other notable uses of the flower include the 1999 novel “White Oleander” by Janet Fitch, Willa Cather’s “The Song of the Lark,” and Steely Dan’s “My Old School.”

Oleander brings year-round beauty to gardens in warm climates, thanks to colorful blooms in a range of shades and evergreen foliage. With its long history of symbolism in myth and religious traditions, the flower has a range of meanings. When gifted, it may symbolize the need for caution and signify a complicated relationship. It may also stand for love, desire, destiny, and romance. When planting oleander, be aware of its highly toxic nature and keep it away from children, pets, and livestock.

Is oleander toxic to humans and pets?

Oleander is extremely toxic to humans, dogs, cats, horses, and livestock. Every part of the plant is poisonous, including roots, leaves, flowers, fruits, stems and sap; ingesting oleander can lead to serious illness and even death.

Not all oleander flowers have a fragrance, but those that do smell fruity and sweet, similar to an apricot.

Where does oleander grow best?

A warm climate native, oleander grows best in USDA hardiness 8b to 10a. It thrives in sites with well-drained soil and full to partial sun exposure, and will tolerate salt, drought, and rocky soil.

How quickly do oleanders grow?

Oleander plants grow rapidly. They can reach heights from 16 to 20 feet tall.

When do oleander flowers bloom?

When grown in warm climates, oleander blooms sporadically during the year. However, their flowers tend to peak in spring through summer. 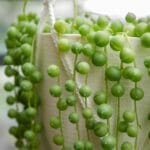 Ultimate Guide to String of Pearls Plant Care at Home 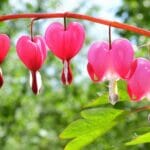