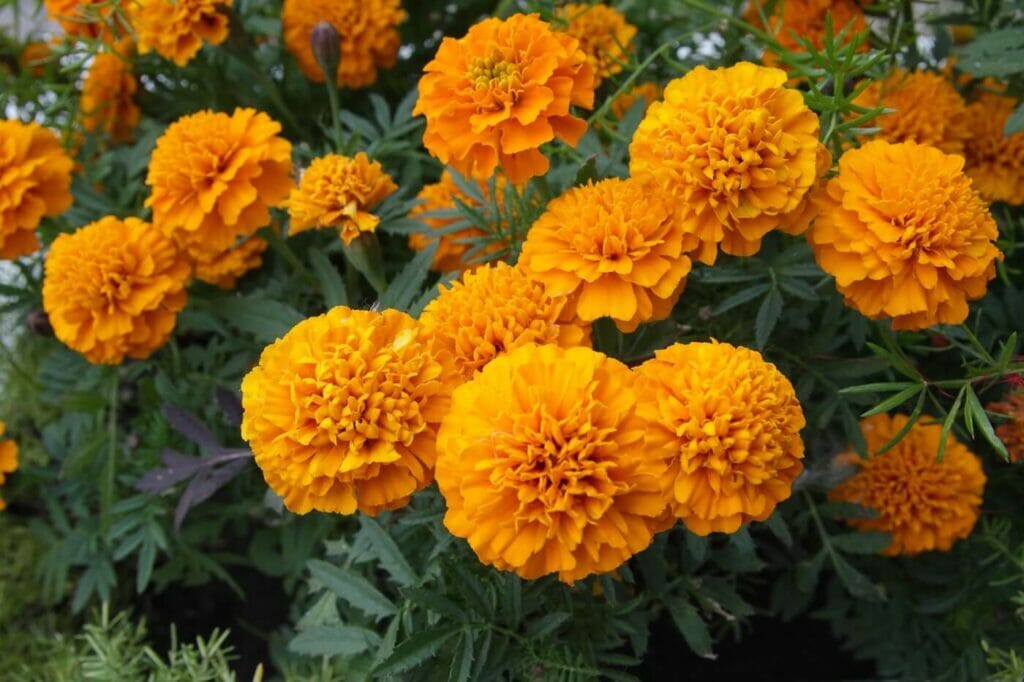 The Best Marigold Varieties to Grow at Home

The Most Popular Types of Marigold to Grow in Your Garden

Marigolds are a home garden favorite, a genus host to a number of species with tons of uses and stunning blooms. There are several different Marigold types, each with its own growth habits and flower types. Follow this guide to find the best Marigold variety for you.

Marigolds, scientifically known as Tagetes, are well-known in home gardens for their stunning colors and many uses. This genus contains more than 50 species of plants, but only a few are common in cultivation.

Horticulturalists have developed interesting cultivars bred for their color, ease of growth, and exciting blooms within each of these species. There are several series of Marigolds, with each cultivar showing off a different color and blooming habit, ensuring there is an option out there for every kind of gardener and every garden.

As members of the Aster or Sunflower family (Asteraceae), Marigolds have many relatives that are also popular ornamental or beneficial plants. In fact, Asteraceae is the second largest plant family by species, with over 32 000 members.

The common name Marigold – said to be derived from ‘Mary’s Gold’ after the Virgin Mary – is shared with another genus, Calendula. Although they are commonly called Pot Marigolds or Scotch Marigolds, Calendula and Tagetes are two distinctly different genera and should not be confused for one another.

Calendula and Tagetes may be members of the same large plant family, with slightly similar characteristics, but the Marigolds we reference here are strictly members of the Tagetes genus.

Marigolds are easily identified by their stunning flowers in a range of fiery colors, from bright yellow to deep, velvety red.

The flowers come in varying shapes across the different species. Some are rounded with a pom-pom or globe-like appearance, while others are delicate with thin petals and contrasting bright centers. Height also varies by type. Some remain incredibly compact, growing alongside others that reach up to 6 feet in height.

These bright flowers are surrounded by pinnate green leaves. The leafy growth is thin but appears quite dense, creating interest when the plant is not in flower. The leaves are also primarily responsible for the pungent odor known for repelling pests and other pesky creatures.

Marigolds are some of the most valuable plants in your garden arsenal. Along with their pest repelling abilities, they also act as trap crops for some other bugs, keeping them away from your precious vegetables. The blooms from some species are edible also used to produce perfumes or essential oils.

If that wasn’t enough reason to plant Marigolds, they also come with many health benefits. When processed correctly, they can act as a sleep aid, relieve nausea, and assist with other minor health problems.

Along with their many uses, Marigolds also have a rich recorded history, beginning with the Aztecs. The flowers were appreciated for their large blooms and medicinal value, first recorded to be used as far back as 1552.

Spanish explorers in the region took seeds back to Spain in the 16th century, spreading from there to the rest of the Mediterranean and wider Europe. One species, Tagetes erecta, was naturalized in North Africa, leading it to receive the common name African Marigold by British explorers despite not coming from the region.

Making their way through Europe to Asia, the flowers gained religious significance and became important cultural symbols. As their popularity grew in the early 20th century, several stunning cultivars were developed, remaining garden favorites for more than 100 years.

Native to the Americas, Marigolds originate from warmer regions in the western hemisphere. Beginning in the south of the United States, different species appear in different regions all the way down to South America.

As is evident in the Tagetes erecta origin story, Marigolds have long been naturalized in distant regions worldwide. Some species have gained popularity over others, becoming the go-to Marigolds for home gardeners everywhere.

Grown as annuals, these beautiful plants will grow in USDA Zones 2-11, pulled once frost begins to set in. Luckily, you can harvest the seeds from your plant to resow the following marigold season again, providing a continuous supply.

There are more than 50 species of Marigold, but only a few are common in cultivation. These types are not the only members of the Tagetes genus, but are the most often grown options and first to come to mind when you picture the term ‘Marigold’.

Scientifically known as Tagetes patula, this species is called French Marigold after it gained favor in France early on in its spread and many other European nations. Grown as an annual, the specific epithet patula means ‘to spread’, describing its growth habit.

Compared to other Marigold species, French Marigolds generally remain compact, with an average height of around 12 inches. Their flower shapes vary from globes to wonderful double blooms that are bound to turn heads.

These plants are straightforward to grow, need minimal fertilizing, and produce masses of flowers amongst the spreading foliage. The flowering time differs by cultivar, but you can generally see them popping up around late spring and early summer. The flowers bloom for around two weeks before seeding, but you can also cut marigold flowers off the stems and bring them indoors to enjoy as cut flowers.

There are many French Marigold cultivars, each with its own interesting characteristics. Try one of these garden favorites:

Equal in popularity to the French Marigold, Tagetes erecta has many common names, including African Marigold, American Marigold, or Aztec Marigold. The specific epithet also refers to their growth habit, generally growing taller (around 3 feet on average) and more upright than their related French cousins.

Although the blooms differ in shape and color, there is one uniting characteristic – they are large. The blooms can reach up to 6 inches across and stick around for more than a few days, making them wonderful cut flowers.

African Marigolds are better suited to warmer climates than other types and are remarkably low maintenance. They will flower proliferate when given enough sunlight and are known to tolerate less-than-ideal soil conditions. You’ll need to consider cutting back these marigolds come the end of the season ahead of spring the following season.

Try these cultivars for a stunning summer display that doesn’t mind the extra heat:

Signet Marigolds are part of the Tagetes tenuifolia species. They are also called edible Marigolds, with the blooms frequently used to garnish salads, cakes, and other desserts.

These delicate blooms, in colors ranging from bright orange to maroon, appear on short stems, similar in height to French Marigolds. The thin foliage compliments their soft appearance, ideal for a gentle display in cottage gardens.

Signet Marigolds are wonderful additions to your vegetable garden. This allows you to harvest all your salad ingredients at once, adding a few flowers as a garnish to top it all off. If you want them closer to your kitchen, they are also excellent in containers, making ideal window box plants.

These cultivars are sure to add a pop of color and lemony zing to your dishes:

Although these three types are the most common, they are not all the Tagetes genus has to offer. These other options are also available, but not as easy to find as the popular types.

A cross between the African and French Marigolds, providing the best of both worlds.

Used as a herb for its tarragon scent and anise flavor.

Looking at the many different types of Marigolds, it is clear that this group of plants has lots to offer. Whether growing for their pest repelling abilities or stunning blooms, there is bound to be a perfect variety for you. 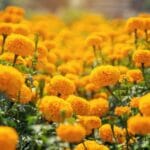 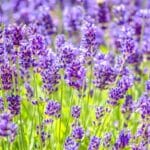 15 Best Types of Lavender To Grow In Your Garden