If you’re looking for a natural way to add a touch of beauty and charm to your garden, the richly symbolic lupine (lupinus) is a great option. Not only do these flowers have a beautiful purple or yellow color, but they’re also drought-tolerant and easy to grow. This guide will take you through everything you need to know about Lupine flower meaning, symbolism, and cultural significance around the world.

Lupines are a popular symbol of nature and the cycle of life. They have been used throughout history as symbols of strength and protection. Lupine flowers are often considered symbols of transformation and renewal. The color blue is also closely linked to water, which may be why lupine flowers commonly appear in designs or photos related to the ocean or waterways.

Lupine flowers are members of the Asteraceae family, a large and diverse group of flowering plants that includes sunflowers, daisies, millet, sorghum, maize, and wheat. The genus Lupinus contains about 30-40 species of wild lupines found across North America and Eurasia.

Lupine flowers are popularly known for their attractive, vibrant colors and fragrances. They come in various colors, including purple, pink, white, yellow, red, orange-yellow, and brown. Some commonly available lupines have attracted the attention of gardeners for their sweet fragrance that is reminiscent of apricots or peaches.

Lupine flowers have a long and interesting history that dates back to antiquity. In ancient China, lupines were used as symbols of happiness and good fortune. They also prevented misfortune and disease in the home.

Seeds of lupine flowers have been utilized as a food source for over 6000 years. Modern cultivars for ornamental gardening purposes weren’t introduced until the 20th Century.

Lupine flowers are commonly known as blue lupines, yellow lupines, or white lupines. There are many types and species of these flowers, each with its unique characteristics.

Some common types include the Colorado lupine, which is a tall flower that typically blooms in June-July; the crested lupine, which is distinguished by its upright spikes of creamy white petals; and the Wyoming woolly bear (Lupinus albifrons), which grows to be around 6 feet tall with dense clusters of golden yellow blossoms.

There are also cultivars available that have been bred for their specific color or pattern; examples include ‘Aurora’, ‘Daredevil’, and ‘Beacon Gold’. These varieties may grow larger than wild versions due to better growing conditions or genetic modification.

The name “lupine” comes from the Latin word for wolf, which is because these plants used to be eaten by wolves.

What regions are Lupine flowers native to?

Lupine flowers are native to the Americas, specifically North and South America.

You can find lupines growing all over the continent–in states like California, Texas, New Mexico, Nevada, and Arizona. They even can be found in Peru.

When are Lupine flowers in season?

Lupine flowers are in season from April to July, but vary depending on the region. They can be found in many places across North America, Europe, and Asia.

Uses and Benefits of Lupine Flowers

Lupine flowers are known for their potent anti-inflammatory and analgesic properties. These flowers have been used historically as a herbal medicine to treat a variety of conditions, such as joint pain, arthritis, and headache.

The active ingredients in lupine flower extract include terpenes (such as limonene), flavonoids (including quercetin), minerals (such as magnesium and potassium), and enzymes. These components work together synergistically to help reduce the inflammation associated with various diseases and improve the overall health of the patient.

There isn’t a specific food or drink that is specifically made from lupine flowers, but they can be found in various forms such as tea, coffee, capsules, and powders.

Are Lupine Flowers Considered Toxic to Humans and Pets?

Lupine flowers are not considered toxic, but they should be treated with caution because of the potential for leptospirosis. Leptospira is a bacterium that can cause severe kidney disease in humans, and it is possible to contract this infection from exposure to lupine flowers or their pollen.

Lupines produce flower-like fruits that may be attractive to bees. It’s been theorized that this may help to pollinate the lupines.

The Meaning, Symbolism, and Cultural Significance of Lupine Flowers

Over the course of history, Lupine flowers have carried the symbolic association of good luck, while others have also believed that they can help to ease anxiety or depression. In addition, myths and folklore have suggested that the petals have magical properties and can be used to ward off negative energy or harm spirits.

There are many legends and myths that surround lupine flowers, but the most common one suggests that they first grew wild on Mount Olympus during the Golden Age of Greece.

Some say that Zeus himself gifted them to mortals as a sign of his favor, while others believe that they were given to Apollo by Gaia (the goddess of Earth).

Lupine flowers were used in Ancient Egypt, Greece, and Rome for their dye properties. The color red was particularly prized because it conveyed a sense of courage and strength. Kings and other elites often wore robes or hats dyed with lupine flowers to indicate their status.

In Victorian times, it was widely grown in the United Kingdom because of its beautiful blue flowers that came in various shades, such as white and pink. The blooms were often used in artwork or stuffed into vases to add color to any room.

Christians use lupines as part of Easter celebrations, while Buddhists drink tea made from the plant during Buddhist holidays such as Vespers or Vesak Day. Some Hindus believe that the flower has magical properties.

Lupine Flower Meaning and The Zodiac

The astrological and zodiac connections of lupine flowers are subjective. Some people may believe these flowers have links to Gemini or Cancer sign, while others may see them as being associated with the Pisces or Aries sign.

Lupine Flowers in Art and Literature

Some notable examples include Vincent van Gogh’s “Starry Night” painting, Robert Frost’s “The Road Not Taken,” and J. D. Salinger’s “The Catcher in the Rye.”

In the language of flowers, Lupine flowers have primarily carried a positive sentiment and are a beautiful addition to any gift basket or floral arrangement. They make great gifts for birthday bouquets, Valentine’s Day, Mother’s Day, New Year’s Eve, and many other special occasions.

What does a Lupine flower symbolize?

Lupine flowers are often used as symbols of abundance, growth, and change. They represent the cycle of life, death, and rebirth.

Yes. The reason for this is unclear, but it may have something to do with the fact that lupines are a source of nourishment and protection.

Is a Lupine a flower of love?

They are often associated with the stirrup cup flower symbolizing courtship and romance, and their unusual colors may hint at hidden meanings.

Do Lupines come back every year?

Lupines are a type of grass and, as such, they may or may not come back every year. It depends on a variety of factors, including climate, rainfall, firewood availability, etc. However, if you live in an area that is conducive to lupine growth (e.g., moist forests), then it’s likely that you’ll see them return over the course of several years.

How long do Lupine flowers last?

Lupine flowers last for around 3-5 days in dry conditions and up to 10 days if they are watered. They will also continue to grow after they have been harvested, so it’s important not to cut them too late in the season.

Do Lupine flower more than once?

If you are looking for a lupine that will flower abundantly throughout the season, then Painted Lady might be a good choice. This variety typically blooms in May and June, so it may be worth waiting until early summer before planting them.

If you’re looking for an easy-to-grow perennial flower that will add color AND fragrance to your garden seasonally, then lupines might just be the perfect option! The beautiful Lupine is rich in meaning and symbolism and an excellent choice for gifting or ornamental gardens. 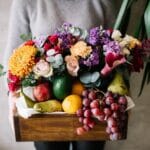 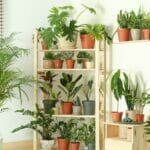