Bird’s nest ferns, or Asplenium nidus, lend a lush, tropical vibe to any room. These popular indoor plants are beloved for their fresh-looking, shiny fronds with unique crinkled margins. They’re also easy to care for, given the right conditions, and offer a host of beneficial properties. Optimal soil, water, and light help your bird’s nest fern thrive, as does the proper pruning technique. Here’s what you need to know about pruning your bird’s nest fern. 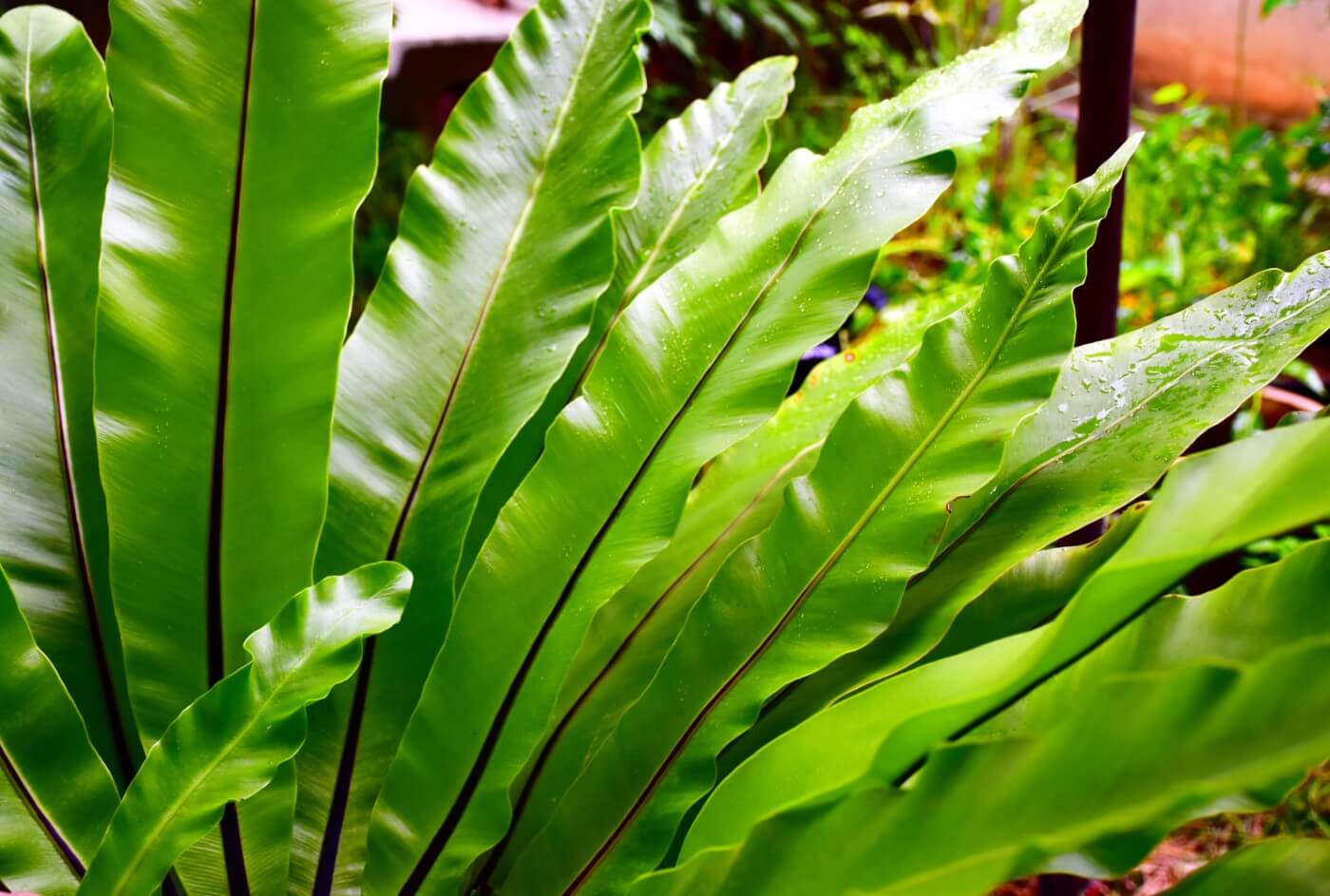 If pruning to control the size, remove fronds only during the spring and summer months. Use sharp plant scissors that have been sterilized to prevent bacterial or fungal infections. Snip fronds to the base on the outer edge of the rosette from which fronds grow. You may trim yellowing, brown, dead, or ragged growth with clean scissors at any time of year.

The Role Pruning Plays in Plant Health and Growth

Most indoor gardeners know about the importance of providing plants with the right soil mix, water, fertilizer, and light conditions. But not as many indoor plant owners consider the importance of pruning. Sometimes known as pinching, pruning houseplants offer a way to keep plants healthy, the right size for their space, and looking balanced.

While many shudder at the thought of cutting into their beloved plants, pruning is actually good for plants and offers a number of benefits to plant health. Think of pruning in terms of grooming; for a plant, a good pruning is similar to a haircut and a manicure for humans.

People prune plants for many reasons. You may want to control a plant’s growth, either in size or shape. You may prune to remove diseased, dead, or unsightly foliage from your bird’s nest fern. Pruning can also encourage more lush growth. Let’s look at a few pruning benefits.

First, there’s shaping. Plants sometimes grow unevenly; when a plant receives different amounts of light on different sides, it can become unbalanced. Other plants tend to get a leggy, spindly look when they don’t get enough sunlight. Whatever the reason, pruning is a great way to restore balance to your plant’s appearance.

Pruning to Control the Size of Your Bird’s Nest Fern

Pruning also controls a houseplant’s size. If an indoor plant outgrows its space — for example, the bird’s nest fern can grow up to 3 feet tall and wide — pruning can help keep it at a manageable size.

But what if you want more growth or thicker foliage? Pruning can help with that, too. It may seem counterintuitive, but pruning encourages new growth, resulting in lush, “bushier” looking plants. Pruning helps clear space for fresh foliage to emerge while focusing the plant’s energy into creating new growth. The wounds created by pruning release a hormone known as auxin that encourages new growth.

Pruning benefits plant health in several ways. Removing dead or diseased foliage reduces disease risk, especially from bacterial or viral infections. When a plant has damaged foliage, it tends to direct energy into healing that damage. Pruning removes the problem at its source.

Insects and other pests may also hide in damaged or dead foliage, and pruning removes their hiding places. Pruning also increases airflow, which helps reduce damage due to moisture retention.

When grown outdoors under optimal conditions — a warm, humid environment in dappled light — bird’s nest ferns may grow up to 5 feet tall and almost as wide. However, when grown indoors, A. nidus doesn’t get as tall or as wide.

An indoor bird’s nest fern will grow to about 3 feet tall and wide when provided with rich, well-draining soil, indirect light, and the right amount of fertilizer.

The plants grow slowly, at about 2 to 6 inches per year. Container size may further constrain a bird’s nest fern’s growth rate and maximum size. The fern’s growing season is during spring and summer, and most growth occurs during this time.

When should you prune a bird’s nest fern? Though this type of fern grows slowly, there may be situations where you need to prune a fern to maintain a specific size. In this case, prune during the growing season, or the spring and summer months (which is also the best time for repotting). The fern has the most energy available to heal the wound and put focus on new growth during this time.

Avoid pruning (and propagating) to control for size during the fall or winter. It’s harder for the plant to heal during this dormant time.

If you’re pruning to rid the plant of yellow, brown, diseased, or dead fronds, you can do it at any time of year. Just be sure to use sterilized, sharp plant snips, and don’t expect a flush of new growth if you prune during the cooler months.

What Are the Essential Tools for Pruning Bird’s Nest Ferns?

Prune a bird’s nest fern using sharp plant scissors or snips. Sterilize the scissors before use. This helps prevent bacterial or viral infections and helps the wound heal cleanly. Soak scissors for at least 30 minutes in a formula of 1 part bleach to 9 parts water to sterilize in between uses.

How, When, and Where Should You Prune Bird’s Nest Ferns?

If you’re pruning for size and shape, it’s best to snip bird’s nest ferns at the height of their growing season, usually late spring. Plants grow the fastest during spring and summer. That means they’ll have more energy available to heal the wound and start new growth.

Start by sterilizing plant scissors in a bleach solution for at least 30 minutes. Then snip carefully to the soil level, making a clean cut across the base of the frond.

Cut only older fronds, which are those on the outer circumference of the plant’s rosette. Don’t remove fronds from inside the rosette, as these fronds are the plant’s new growth.

If you’re pruning to remove unsightly, dead, or diseased fronds, you may do so at any time of year. Follow the same scissor sterilization technique before pruning, and cut the frond as close to the soil as possible.

No matter the time of year, try not to remove more than 20 percent of a fern’s fronds at a time.

How Do You Shape Bird’s Nest Ferns?

Bird’s nest ferns grow slowly, so there’s not usually much need to prune them for size. But if a fern is growing in a crooked manner, you may prune off a frond or two on the larger side.

Just be sure only to trim old growth or the fronds on the outer circumference of the fern’s rosette. Don’t remove more than 20 percent of fronds at a time, which can shock the plant.

Caring for a Bird’s Nest Ferns After Pruning

Avoid fertilizing a Bird’s Nest Fern right after pruning since they usually don’t need much nutrients. Make sure to stick to the usual watering schedule since drying out after pruning will be extra stressful on the plant. A little extra misting can help it recover as well. If you removed a lot of foliage for losing color or yellowing, consider adjusting the light levels either higher or lower.

Bird’s Nest Ferns only need the occasional pruning to look their best. Just be sure to provide the plant with a few months to recover after each trim. 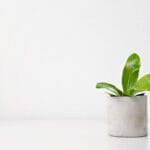 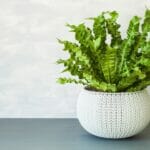