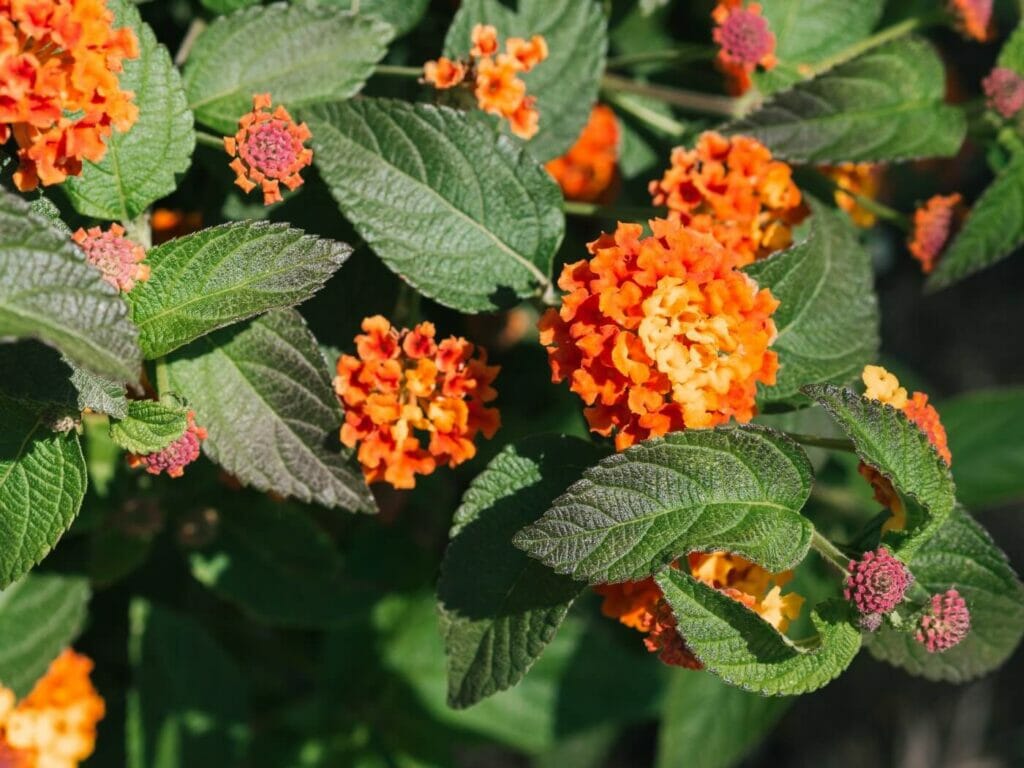 Looking for a tough, yet beautiful, plant to fill a hot, sunny spot? Texas lantana (L. urticoides) is great choice for tough spots in the garden where the hose doesn’t reach. These drought-tolerant, deer-resistant, and pest-free plants bloom with bright, multi-colored flowers when it’s hot outside, attracting butterflies, bees, and birds to your landscape. They need very little maintenance and grow quickly in sites with poor soil and full sun exposures. Here we’ll take you through everything you need to know about growing and caring for Texas Lantana (Lantana urticoides) at home including planting, soil considerations, light preferences, feeding, pruning, and over-winter care.

How to Grow Texas Lantana (Lantana urticoides) – The Essentials

Texas lantana belongs to the Lantana genus, which contains about 150 species. Lantana is a member of the Verbenaceae family, also known as the verbena or vervain family. Plants in the Lantana genus are native to the tropical regions of the Americas and Africa.

L. urticoides is native to Texas, New Mexico, and Arizona. In its native range, where it grows in scrublands, chaparral, gravelly hillsides, and in fields and thickets.

The plants were once known as Lantana horrida, a reference to the foliage’s strong aroma. However, opinions on the smell were mixed and not all considered the pungent fragrance to be “horrible,” or even unpleasant.

In the late 19th century, Austrian botanist August von Hayek changed the name to L. urticoides. The new name references the Urtica or nettle family and underscores the Texas lantana’s rough, gray-green foliage, which may cause minor skin irritation in sensitive individuals.

The plants are also known as “calico bushes” for their multi-colored clusters of blossoms that turn from yellow, orange, and red. Another common name, “West Indian shrub-verbena,” comes from the flowers’ resemblance to verbena blossoms. It’s also a reference to local Native American groups that utilized the plants for medicinal use.

Texas lantana is a perennial shrub that grows from 2 to 6 feet tall and wide. This spreading plant has flaky, light gray to brown bark that’s covered with tiny, barely visible hairs. Foliage is rough and ovate with toothed margins.

The small blossoms are tubular with four flared lobes. They appear in dense clusters that start as sunny yellow, then age to bright orange and deep red, producing a profusion of attractive multi-colored flowers.

Flowers are followed by shiny, blue-black berries. Berries are toxic to humans, dogs, cats, and livestock.

Texas lantana’s bright, tubular flowers attract pollinators such as bees, who love the nectar and use it to make honey. In its native regions, the plants attract brush foot, hairstreak, skipper, sulphurs, and swallowtail butterflies, and serve as food for Lantana Scrub-Hairsteak butterfly larva. Though the berries are poisonous to most mammals, many species of birds flock to them, too.

Native American tribes in the Southwestern U.S. used Texas lantana leaves as a poultice to treat snakebites and wounds. They also made tea from the leaves to use as a stomach tonic.

When will they typically bloom & how long is the flowering season?

Texas lantana blooms from spring through fall. Blooms may appear as early as late April, and last through October or even into November.

Growth expectations: How big and how fast will the plant generally grow?

Plants grow very quickly, reaching a maximum size of up to 6 feet tall and wide.

What are the best locations to plant?

Texas lantana thrives in hot, dry spots, and poor, well-drained soils. They’re a great choice for rocky areas or sites in the landscape that aren’t irrigated or can’t be easily reached by hose.

What are the best times of year to plant?

If you’re looking to propagate Texas lantana from seed it’s best to start the process towards the end of winter. Plant them in a light medium. They’ll germinate in 40 to 60 days typically. Then, move them to the garden when seedlings are at least three inches tall after the danger of frost has passed.

Young nursery plants can be transferred to your garden plot once early spring is underway.

What to do before planting

A good tip is to dig a 12-inch deep hole that’s about 8 to 12 inches wide. Fill the hole with water and wait for it to drain.

Twelve hours later, fill the hole with water again. Keep track of how long it takes to drain. Well-draining soil will be drained in under 3 hours. Improve drainage by amending soil with sand or vermiculite.

Texas lantana needs very well-draining soil. It thrives in poor soil, as well, making it a good choice for tough spots. It prefers acidic to slightly acidic soil with a pH level of 5.5 to 6.5.

Loosen the soil and dig a hole that’s the same depth and two to three times wider than the root ball. Remove the plant carefully from its container and gently loosen feeder roots from the surface. Set the lantana in the hole and fill to the level of the root ball with native soil.

Water deeply. Mulch around the plant with 1 to 2 inches of mulch, without letting the mulch touch the plant’s stems.

Texas lantana needs full sun exposure, or at least 7 to 8 hours of direct sunlight per day.

How to Care for Texas Lantana (Lantana urticoides)

Texas lantana prefers dry conditions and is drought tolerant. A deep watering once a week is usually enough. If leaves look droopy, they may need additional water.

How, When, and Why to Fertilize

Texas lantanas are light feeders. Plants in the ground may benefit from fertilizing with a balanced formula in early spring. Don’t fertilize less than two months before the first frost date in your region.

Feed lantanas growing in containers about once per month. Use a water-soluble formula at half strength.

During the growing season, occasional shearing can help promote flowering and fresh growth. Just be sure to stop any pruning in the fall. However, you can cut the plants back to the ground in late winter.

Propagate by root division in winter when plants lie dormant. Dig up the root ball and divide it into smaller sections. You can also remove clumps from the root ball while it’s still in the ground.

During the growing season, propagate by taking cuttings. Cut sections of non-flowering, greenwood shoots from 3 to 5 inches long. Root the cuttings in a well-draining medium.

You can collect seeds from the lantana’s berries. Leave the berries on the plants until they turn very dark. You can smash the berries and air dry with the pulp still attached, or clean them off before air drying and storing.

If you live in a cooler climate zone where temperatures drop below 28 degrees F, protect lantana with a thick layer of mulch. You may also plant near a south wall.

Though you don’t need to deadhead Texas lantana, the practice can promote more flowers. If a flower isn’t removed when spent, it grows into a berry. To deadhead, simply snip spent flowers at their base, leaving any unopened buds in place.

Common Texas Lantana Problems & How to Treat Them

Texas lantana is known for its low maintenance needs. They’re salt-tolerant and deer resistant. They love hot, dry weather and are drought tolerant. The plants let you know when they need water by drooping or wilting.

Essential tools to have around

The Texas lantana’s foliage can be an irritant and cause rash. If you have sensitive skin, use gloves when handling the plants.

Texas lantana (L. urticoides) is a perfect choice for those hot, sunny spots in the garden. They thrive in poor soil, tolerate drought, and produce their gorgeous, multi-colored flowers best when temperatures soar. They’re virtually pest-free, and deer don’t touch them, thanks to their rough, pungently aromatic foliage and toxic berries.

Texas lantana are tough, low-maintenance perennials that thrive in hot, sunny, and dry conditions. They grow best in USDA hardiness zones 8 to 11.

How big do Texas Lantana get?

L. urticoides can grow between 3 and 6 feet tall and wide.

What do you do with Texas Lantana over winter?

Texas lantana are perennials, so they’ll lose their foliage when they go dormant in winter, but come back again in spring. Cut them back to the ground in late winter to encourage fresh new growth.

Texas lantana is not invasive in its native regions, which include parts of Texas, New Mexico, and Arizona. However, L. urticoides has been cross-bred with its relatives, L. camara and L. montevidensis; some of these hybrids are considered invasive in parts of Florida, Hawaii, Texas, Israel, and Australia.

Texas lantana is a perennial. It lies dormant in winter and comes back with new growth in the spring.

Will Texas Lantana grow in shade?

While Texas lantana can survive in shade, it prefers full sun exposures. It grows best and produces the most flowers when it receives at least 7 to 8 hours of sun per day.

L. urticoides berries are toxic to humans, pets, and livestock. The foliage can be a skin irritant. 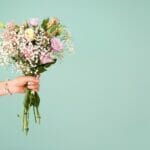 Petal It Forward 2021: Everything You Need to Know 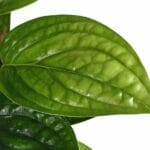