Dianthus chinensis, commonly known as Chinese pinks, add an eye-catching splash of pink, red and white color to the garden. Long prized by gardeners across Asia and Europe, Chinese pinks are associated with love and divinity. They certainly make a divine addition to flower beds and borders, attracting butterflies and hummingbirds with their colorful, serrated blossoms. Here we’ll take you through everything you need to know about how to grow and care for Dianthus chinensis flowers at home. 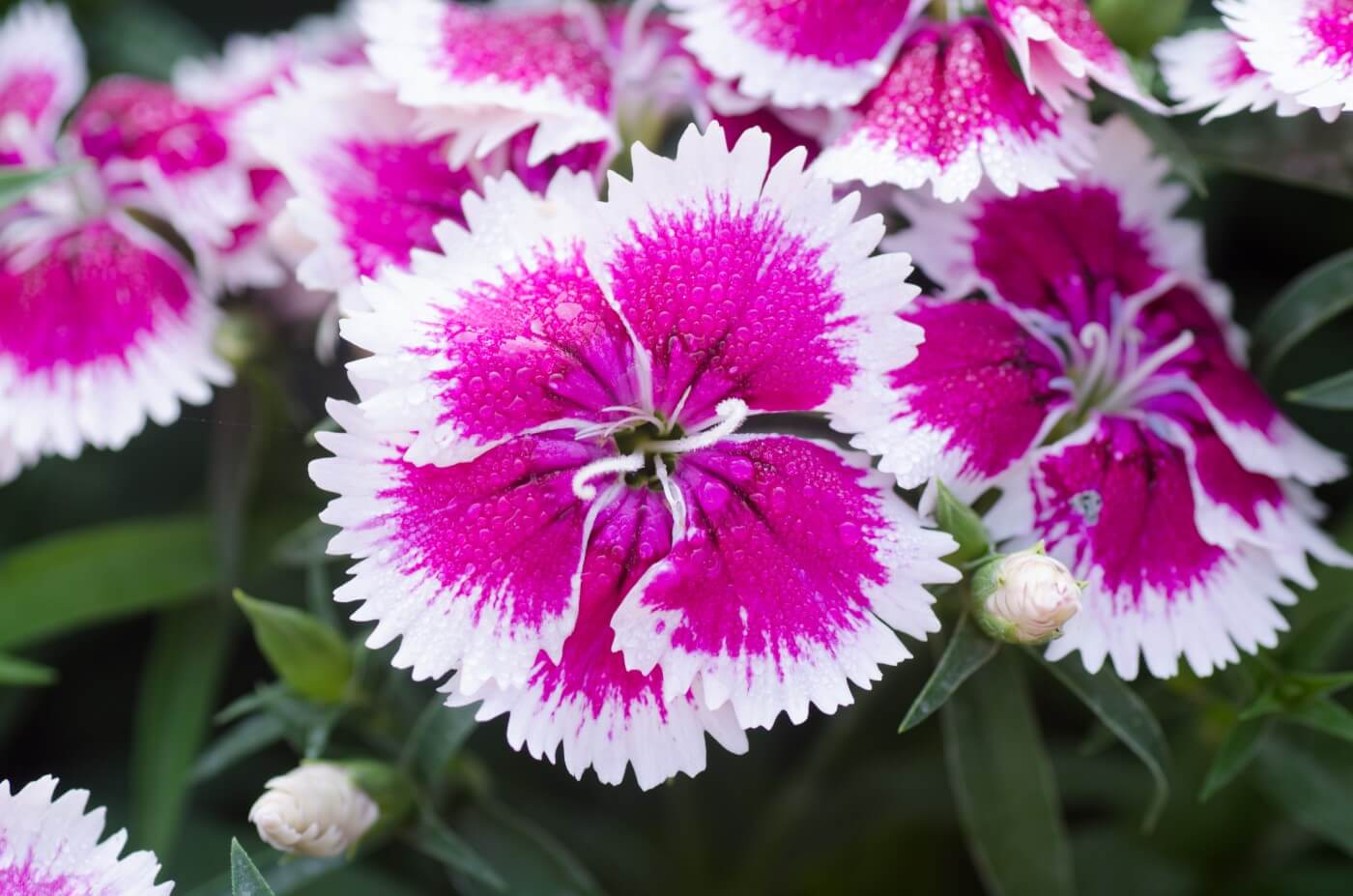 How to Grow Dianthus chinensis (Chinese Pink) – The Essentials

The Dianthus genus contains about 300 species of flowering plants. Common species grown as ornamentals include carnations and sweet William. The Dianthus plant belongs to the Caryophyllaceae family, also known as the “pink” or “carnation” family. It contains 81 genera and more than 2,600 species.

Chinese pinks grow in clumps or mounds up to 2.5 feet tall and 12 inches wide. They have lance-shaped, narrow foliage about 3 inches long. In late spring, pink, red, white, or bicolor flowers bloom in clusters atop slender, branching stems. The fringed petals look as though they were cut with pinking shears.

D. chinensis is native to regions of northern Asia, including China, Korea, and Mongolia, as well as parts of southeastern Russia. In its native region, Chinese pinks grow in grasslands and forest settings.

The plants have been cultivated for thousands of years. It’s thought that they may have been introduced to mainland European gardens as early as the 16th century by the Holy Roman Emperor Charles V. Historical records indicate that the plant made its way to England in the early 1600s.

Contrary to popular opinion, the name “pinks” doesn’t come from the flowers’ color. Rather, the common name for D. chinensis is based on the jagged edges of the blossoms. They look as though they’ve been trimmed by pinking shears, hence the name “pinks”.

In fact, many historical documents describe the blossoms’ color as blush or pale red, never actually using the word pink. This has led some to theorize that the word for the color pink itself is based on the flowers and not the other way around.

D. chinensis has been used in Chinese medicine for more than two millennia. As a “bitter tonic herb” — a plant that promotes healthy digestion — China pinks have been used to stimulate the digestive system, the urinary tract, and the bowels.

In the landscape, Dianthus flowers attract pollinators such as bees and butterflies. They’re also especially attractive to hummingbirds and songbirds.

Dianthus flowers have long been known as the “flowers of the gods.” This connection to the divine began in ancient Greek and Rome, where the clove-scented petals were gathered into wreaths and crowns. The blossoms were also used to scent wine, water, and oils for religious and important ceremonies. In the Victorian language of flowers, Dianthus plants symbolize love and affection.

When grown in USDA hardiness zones 6 to 9, Chinese pinks usually start blooming in late spring. They may bloom for several months, with color that lasts until late summer or early autumn.

Chinese pinks may grow up to 2.5 feet tall and wide. In the right growing conditions, the plants grow quickly.

Best Companion Plants for Dianthus chinensis in the Garden

Companion plants — or plants with similar growing conditions — that look great with Chinese pinks in the garden include:

How to Grow Dianthus chinensis

D. chinensis is a great choice for the middle of borders, thanks to its maximum height of 2.5 feet and attractive, narrow foliage. You may also grow Chinese pinks in garden beds and containers. If you live in a warmer climate, just be sure to provide protection from the afternoon sun.

Chinese pinks work well in a number of garden types, including a rock garden, butterfly gardens, cottage gardens, and even drought-tolerant gardens.

If you sow seeds directly in the landscape, wait until after the last frost date has passed.

When growing Chinese pinks from seed, sow outdoors only after the danger of frost has passed (in many temperate regions, April or May). Cover with a very light layer of soil.

If you sow under shelter, you can start in late winter. Seeds take one to two weeks to sprout at 65 to 70 degrees F. Transplant outdoors close to the last frost date. In many regions, this will be in May.

The Best Soil for China Pinks

D. chinensis grow best in soil that’s very well-drained. They tolerate occasionally dry soil and dislike wet feet. China pinks will grow in a range of soil types, including sandy, clay, and loamy. They prefer a pH that’s neutral to slightly alkaline, from 7.0 to just over 8.0.

How to Plant Dianthus chinensis

When sowing Dianthus seed in early spring, cover with a very thin layer of soil. The plants need light in order to germinate.

When planting from nursery pots in late spring, dig a hole that’s the same depth and twice as wide as the root ball. Gently place the plant in the hole and fill it with soil. You may add some slow-release fertilizer at planting time if you choose. Water thoroughly.

D. chinensis grows best in cooler temperatures. The soil must be well-drained. They will tolerate occasionally dry conditions.

How to Care for Dianthus chinensis

Water Chinese pinks when the soil feels dry. In most cases, water once a week during the growing season. Chinese pinks prefer a less-frequent deep soak, rather than more frequent light watering.

How, When, and Why to Fertilize Dianthus chinensis

If using nursery plants, add a slow-release fertilizer to the soil when planting. Otherwise, apply a balanced fertilizer, such as 20-10-20, every six to eight weeks during the growing season.

Deadhead a spent flower from D. chinensis to help prolong the blooming period. If flowering declines, you can shear and trim the plants to encourage more blooms.

Chinese pinks may self-sow if you leave a few flower heads to go to seed. You may also propagate from stem cuttings.

Cut non-flowering stems just under a leaf joint. Trim lower leaves, leaving four to five leaves at the top of the stem. Dip stem bases in a rooting compound, then place in pots with light potting soil. Water the pot then place it in a plastic bag. Cuttings will form roots in four to five weeks.

Chinese pinks may be annuals or biennials, depending on climate zone. To encourage plants to survive the winter, protect the plants from drying winds and freezing temperatures.

After flowering ends, trim plants, removing any spent blossoms and about one-third of the top growth. If in containers, cluster them together or place them along a south-facing wall. Place a frost blanket over plants when temperatures drop below 40 degrees F.

Common Problems & How to Treat them

D. chinensis may be susceptible to rust and crown rot, especially when planted in poorly draining soil. Prevent rust by proving enough ventilation and proper drainage. Remove foliage that looks brown or rusty, and treat plants with copper oxychloride.

When planted in humid spots, powdery mildew may appear on leaves. Treat with benomyl fungicide. If planted in shady spots, watch out for snails and slugs. Use a snail/slug bait.

Though Chinese pinks can tolerate some drought and occasionally dry soil, signs of underwatering include drooping leaves. Overwatering or too much shade may lead to leggy plants.

Chinese pinks don’t like wet feet, so a moisture meter is helpful. Use gloves when handling plants, as the leaves are known skin irritants.

Chinese pinks add bright color, spicy fragrance, and interesting texture — thanks to their serrated petals and lane-like leaves — to borders and beds. These lovely plants offer a long bloom time and low maintenance. Just be sure to plant D. chinensis in a well-drained site with just enough sunlight, and protection from the afternoon sun when temperatures climb.

How big does a Dianthus chinensis get?

How fast does Dianthus chinensis grow?

Will Dianthus chinensis grow in shade?

D. chinensis will grow in partial shade but prefers full to partial sun exposures. If grown in too shady a spot, plants are susceptible to damage from slugs and snails.

Do Dianthus chinensis plants come back every year?

Chinese pinks are annuals in cooler climates, and biennials in warmer climates, which means they’ll grow for two years. If left to go to seed, plants may self-sow.

Can Dianthus chinensis grow in pots?

Chinese pinks are a good choice to grow in containers. Just be sure to choose a pot that drains well, as they don’t like wet soil. 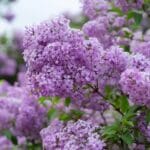 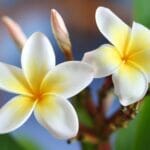