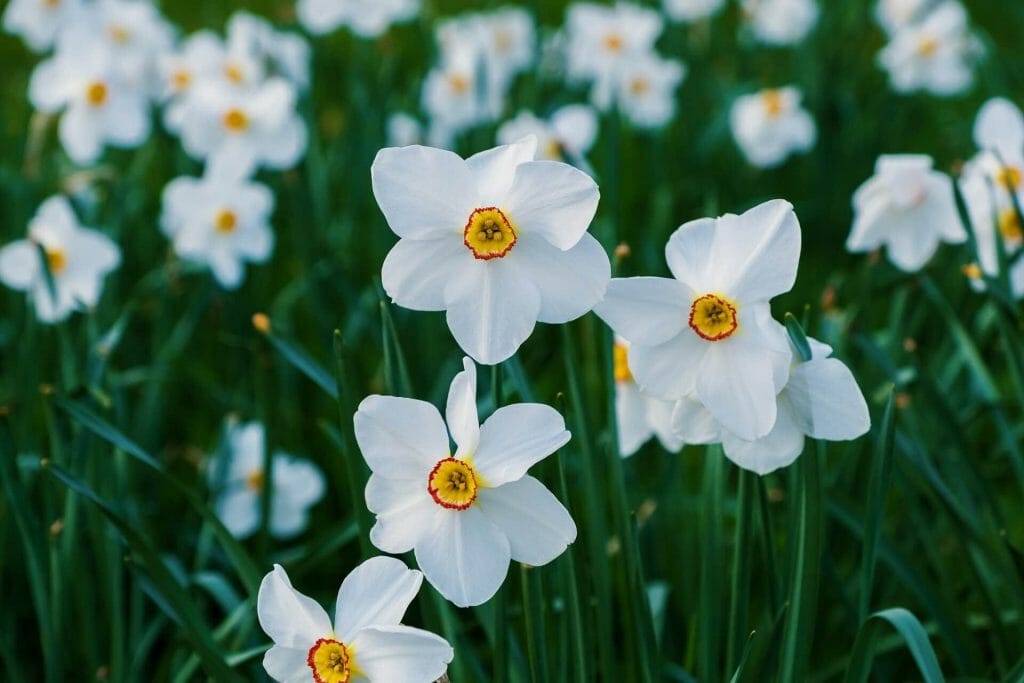 With Christmas and other holidays just around the corner, the month of December is full of celebrations. And what does that mean? For December birthday celebrants, what could be a more fitting floral gift than a bouquet of narcissus, poinsettia, or holly – the official three birth flowers for December. In this guide, we’re going to take you through everything you need to need about their meaning and symbolism, history, and origins, plus learn about the best gifting occasions to celebrate those born in the month of December

One of the official December birthday flowers is the narcissus. Narcissus is a large genus of flowering plants. It’s often confused with daffodils or the March birthday flower since they are also part of the Narcissus genus of the Amaryllis family.

Most narcissus species are spring bloomers. However, there are a few types that showcase their cheerful blooms in the winter, like the paperwhite narcissus.

Brief History and Origin of the December Birthday Flower

Narcissus plants are native to the Mediterranean. They are naturalized in many parts of the world, including Asia, Europe, and North America. Out of many plants in the genus, paperwhite narcissus or paperwhites are the oldest and most widely distributed. They produce clusters of delicate and sweetly fragrant blooms. The flowers can be white, yellow, or orange.

According to Greek mythology, the name of this flower originated from a beautiful young man named Narcissus. He became too fixated with his looks and received punishment from Nemesis. Consequently, he fell in love with his reflection in the water and ended up drowning.

Meanings and Symbolism of a Narcissus Flower

The December birth flower commonly represents purity, sweetness, and simplicity. The narcissus flowers are also often associated with respect and faithfulness. Yet their symbolism and meanings varied since they are widely prevalent in many cultures.

For instance, narcissus flowers signify prosperity and wealth in China. But for Victorians, these blooms are representations of self-centeredness and could mean a chance for change.

Narcissus are commonly white or yellow, but other varieties give orange or pink blooms. As with other flowers, their meanings vary by color.

White narcissus flowers are a known symbol of innocence and purity, like most white flowers. For that reason, these blooms make a great flower gift for friends and family. It also suits the perfect flower for welcoming the birth of a newborn.

Another common color of narcissus flowers is yellow. Yellow narcissus, which is as bright and cheery as the sun, symbolizes positive energy, joy, and happiness. This type of narcissus is ideal for a vibrant friend or loved one, or as a pick-me-upper flower gift for anyone special in your life.

Orange narcissus, on the other hand, represents positivity and friendship. Give a bouquet of these blooms to a friend and let them know you value your friendship, or to someone you’d like to wish good luck. Because of their association with positivity, orange narcissus flowers are your best bet as a gift for those making a new big step in their career or personal life, like a new job, promotion, or new house.

Narcissus plants, either in pots or as cut flowers, are a lovely flower gift. Their delicate and small flowers can brighten up any space in your home indoors or garden. They are fragrant, too, which makes them more desirable for many flower enthusiasts. Here are a few care tips for the December birth flower.

While poinsettias are more commonly associated with Christmas, they are also considered as birth flowers for December. Poinsettias are also called Christmas Stars and Christmas Flowers because of the shape and color of the “flowers,” which are technically bracts. The flower is named after American diplomat and physician Joel Roberts Poinsett, who took a vital role in bringing the plants from Mexico to North America.

The Aztecs considered these flowers as a symbol of purity. Today, the vibrant poinsettia flowers signify success, good cheer, and celebration. Moreover, they are the national flower of Trinidad and Tobago and the floral emblem of Madagascar.

Holly is the other birthday flower for December. It’s also often associated with the Yuletide Season because of its cheerful appearance that exudes vibrant hues of red and green. For that reason alone, hollies, especially the English or European hollies, are frequently requested for seasonal decorations.

Note, however, that hollies have prickly, sharp leaves, so take extra caution when handling them. That characteristic alone makes hollies a symbol of combativeness, pain, and trickery. They also mean aggression and defensiveness. On a positive note, however, hollies are also associated with happiness and optimism.

In Christianity, the berries of hollies are believed to be white but stained red by the blood of Christ. The spiky leaves, on the other hand, are a representation of the crown of thorns.

Other Popular In-Season Flowers in December

Carnation, otherwise known as Clove Pink, is one of the most popular cut flowers with a wide range of available colors. Generally, these colorful blooms express distinction, fascination, and love, but their varying flower colors convey more meanings.

One example is white carnations, which represent pure love and good luck. Red carnations, on the other hand, often mean admiration (light red) and deep love and affection (dark red). Purple carnations are a symbol of capriciousness, while pink carnation flowers signify the eternal love of a mother.

Gardenias, another well-liked flower in December, are named after renowned botanist Alexander Garden. These sweetly fragrant flowers are a classic favorite at weddings, particularly the white varieties. Purity and love are among the many meanings of these blooms. They are also associated with trust, renewal, intuition, dreams, and self-protection, among others. Moreover, giving gardenias is a way of saying, “you are lovely” to someone.

Tulips are known for their large, showy, and brightly colored blooms, commonly in red, white, pink, or yellow. In the language of flowers, tulips, in general, mean perfect love.

However, like the birthday flowers for December and other blooms, their colors give different meanings. Red tulips often signify true, passionate love, while white tulips mean forgiveness. Purple tulips, which symbolize royalty, are also a popular pick.

In the language of flowers, the official flowers to celebrate December birthdays include Narcissus, Holly, and Poinsettia.

Why does the December birth flower mean?

Are narcissus flowers available in December?

Narcissus flowers typically don’t start to bloom in the wild until late January at the earliest but they are readily available at florists throughout the month of December.

What does the poinsettia birth flower mean?

Poinsettia flowers are named after American diplomat and physician Joel Roberts Poinsett, who took a vital role in bringing the plants from Mexico to North America.

The Aztecs considered these flowers as a symbol of purity. Today, the vibrant poinsettia flowers signify success, good cheer, and celebration. 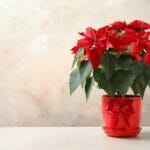 How to Grow and Care for Poinsettias (Essential Tips) 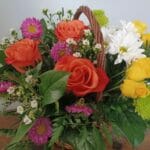