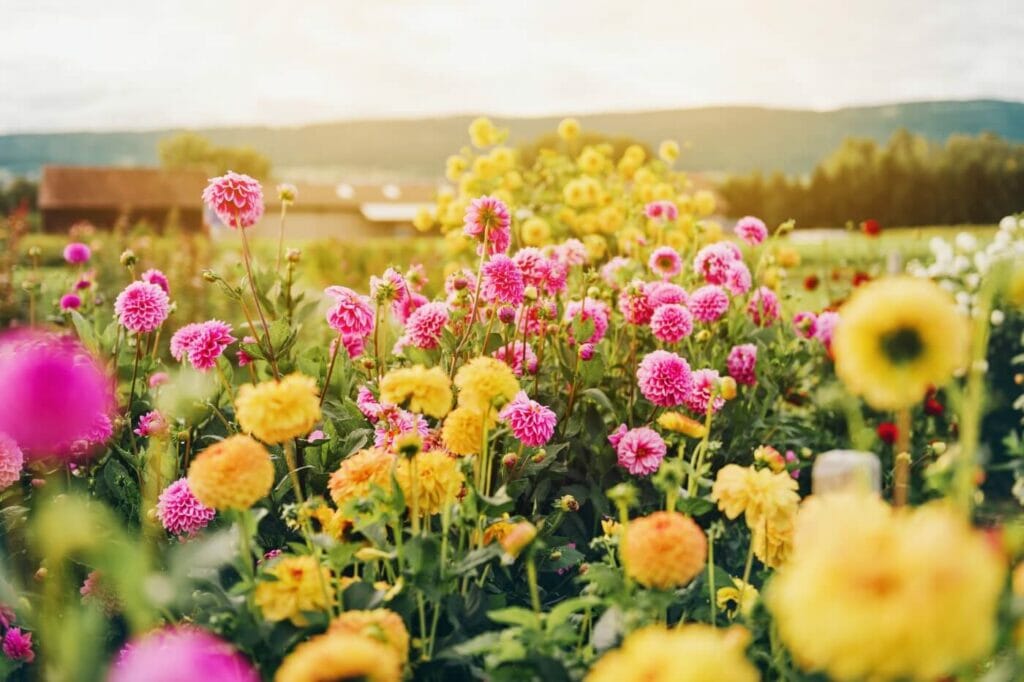 How Much Sunlight Do Dahlias Need? (Essential Guide)

Everything You Need to Know About Dahlia Light Requirements

Whether you prefer the giant dinner plate Dahlias or the tiny pom-pom style that grows on stems barely a foot tall, these plants require mostly the same care – at least six to eight hours of full sun per day. Despite the differences in size and style, almost all Dahlias share the same light requirements and growth expectations. If you can’t supply enough light for these plants, you’re generally better off choosing a different flowering plant rather than trying to grow them in shade. However, there are a few dahlia varieties that may be able to deal with reduced light levels. This guide will take you through everything you need to know about how much sunlight dahlia flowers need to thrive in your garden.

The Role of Light in Plant Health and Development

Light is what indirectly feeds the plant, not fertilizers or nutrients found in the soil.

Through the power of photosynthesis, plants like Dahlias use chlorophyll inside their cells to generate sugars just by being exposed to sunlight. This is the plant’s source of energy.

That’s why the precise amount of light desired by the plant is needed, no more and no less. Too little light gives the plant less sugar than it expects, while too much light only damages the tissue and leads to sunscald and dead leaves.

Getting light levels just right is easy for Dahlias because they are not as touchy as other plants when it comes to exposure. Plants can’t simply make more fuel from more sunlight, so extra hours of light or more intense exposure is not always better.

Thankfully, Dahlias prefer full sun and can make the most of extra light without immediately becoming damaged or sunscalded.

When shopping for garden plants or houseplants, you’ll see their light requirements listed on the packaging. While it may be helpful to know that one variety prefers full sun and another full shade, you still need to understand exactly what those conditions mean before planting.

What you think of as partial shade may actually be considered low light or full shade in the gardening world.

As long as they get enough light, the plants should grow well because there is little chance of sunscalding in most parts of the country.

Dahlias grown in desert environments may risk too much sun exposure and will need afternoon shade or shade cloth to thrive. These plants prefer six to eight hours of sunlight per day, full sun.

Shade is acceptable in the afternoon, but only if it is partial. Partial afternoon shade is good for hot climates or areas with little rainfall since Dahlias can wilt from being baked during that part of the day.

Planting Dahlias out from under cover like overhanging awnings or trees will ensure enough sun for vigorous and colorful blooming. Open borders and beds are good choices, especially for the smaller varieties that stay below three feet in total height.

Containers can work well if you plant just one or two tubers in a large container. If you can’t give your Dahlias as much light as they want, look for a light-colored wall or other reflective surfaces. Planting them near the reflective surface can help boost the amount of light they receive.

If you’re growing dahlias in an area where temperatures reach 100 degrees F during the day, shade is recommended to keep them from wilting.

Dahlias planted in shady areas won’t die out necessarily. They may grow taller than usual, even the tallest varieties, in an attempt to reach more intense light. This is called becoming leggy and often leads to flopping.

Since many larger Dahlia varieties already need staking to hold up the weight of their big flowers, it’s not much of an extra hassle to deal with. Choosing short-growing plants and packing them tightly together can help make up for this extra growth and reduce the need for trimming or staking.

Dahlias that don’t receive enough light will produce fewer flowers and may not flower at all. However, you can always wait until the plant goes dormant in the fall and dig it up for relocation to a sunnier spot. Let the plant go through a season of just foliage if it has already started growing in a shady area since it will still build up energy from the year of growth without flowering.

Varieties with dark-colored, black, or purple foliage and extra small flowers tend to deal with a partial shade much better than tall and large flowering varieties.

Dahlias love the sun and need as much of it as possible in most climates. In very dry or hot climates, they may want shade for part of the day to keep the soil from drying out.

Can dahlias get too much sun?

Dahlias can get too much direct sun and wilt or become sunscalded as a result.

Light-colored, scarred, and dried-out foliage is a sign of too much light exposure.

Morning sun is better for Dahlias because it’s not as drying or intense. Since these plants prefer moist soil, they aren’t big fans of the afternoon sun.

Can dahlias grow well in the shade?

Dahlias can only grow well in partial shade when it’s full sun most of the day. Stick to smaller varieties if you only have partial shade all day.

Do dahlias need light to germinate?

Dahlia seeds are light-sensitive and will sprout best with bright light, humidity, and warmth. They don’t need supplemental lighting until they have sprouted.

Dahlias need a steady supply of bright light to bloom, but they don’t want to burn up in the summer either. Consider afternoon shade or an Eastern exposure, so they aren’t baked by the setting sun. 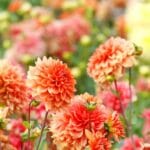 When and How to Fertilize Dahlias (Essential Guide) 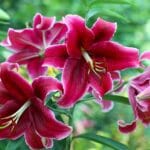