What Colors do Cosmos Flowers Come In?

Everything You Need to Know About Cosmos Flower Colors

Cosmos are extremely popular summer flowers that are wonderfully easy to grow. These beautiful, sun-loving annuals are grown as ornamentals and can be used as cut flowers for vases and bouquets. Cosmos also come in a gorgeous array of colors that add to these flowers’ rich meaning and symbolism. In this article, we’ll run through everything you need to know about the rich and diverse colors cosmos flowers come in.

Cosmos are members of the aster or daisy family (Asteraceae). The Cosmos genus includes approximately 35 accepted species and is named after the Greek word “kosmos”, meaning “beauty” or “harmony”.

Cosmos produce single, double, or semi-double flowers from early summer until frost arrives in the fall. These composite flowers emerge in clusters from various branches leading off the main stems. Cosmos have feathery leaves and grow in clumps measuring up to 5 feet tall and 2 to 3 feet wide.

These charming annuals have a range of uses and benefits and are also drought-tolerant. Cosmos make an excellent cut-and-come-again crop for cut flowers. Cosmos flowers also attract beneficial pollinators such as bees, butterflies, and hoverflies.

Cosmos can be affected by a few common pests and diseases, which need to be monitored throughout the season.

These cosmos flowers will benefit from fertilizing throughout the growing season and thrive best in a loose, well-draining soil base.

Cosmos flowers are associated with order and harmony due to the neat arrangement of their petals. Cosmos may also represent qualities such as beauty, innocence, joy, love, modesty, and peace. Along with marigolds, cosmos are one of the two birth flowers for October.

In the folklore of some cultures, cosmos flowers are believed to be lucky. In the Victorian language of flowers, known as floriography, cosmos represented the joy of life and love. Cosmos are traditional anniversary flowers to celebrate a couple’s second wedding anniversary.

Pink cosmos are some of the most beautiful and popular cosmos varieties. These pink flowers symbolize love and affection, especially physical signals of love such as hugs and kisses. Pink cosmos varieties are also linked to maternal love, so a bouquet of pink cosmos makes a great Mother’s Day gift.

Purple cosmos flowers add rich shades of magenta or violet to summer borders. Like other purple flowers, these cosmos are associated with elegance, nobility, and success. In many cultures, purple has historically represented royalty. When given as gifts, purple cosmos can also convey admiration and respect.

Orange cosmos have various meanings to go with their fabulously fiery flowers. Orange cosmos may symbolize ambition, energy, enthusiasm, excitement, and success. Orange flowers can also represent joy and positivity. Giving a bouquet of orange cosmos as a gift may help lift someone’s spirits during a difficult period.

Some orange cosmos varieties include:

Red flowers are traditionally associated with love and passion, and red cosmos are no different. Red cosmos may also be linked to power and strength. Red cosmos make excellent additions to Valentine’s Day bouquets or as gifts on wedding anniversaries.

Some of the most popular red cosmos cultivars include:

Yellow cosmos represent friendship, so it could be a wonderful gift for a close friend. Like other yellow flowers, yellow cosmos can have different mixed meanings. Yellow flowers can represent joy and hope but can also symbolize jealousy or disappointment. Yellow cosmos may even be linked to slighted love.

White flowers have many symbolic meanings but are usually associated with innocence and purity. White cosmos also represent devotion and faithfulness between romantic partners – making them an excellent choice for a wedding bouquet. Other potential white flower meanings include hope, renewal, and rebirth.

Some of the most popular white cosmos flowers include:

Chocolate cosmos (Cosmos atrosanguineus) is unique among cosmos as it is a tuberous perennial rather than an annual. These cosmos have rich, reddish-brown single flowers with dark brown central florets that give off scents such as cocoa or vanilla.

Cosmos atrosanguineus has been used to breed several intoxicating cosmos cultivars such as ‘Black Magic’ and ‘Choca Mocha’. 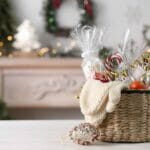 20 Best Gift Baskets in Dallas (For Every Occasion) 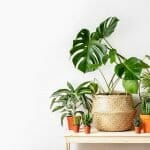