Everything You Need to Know About Buttercup Flower Meaning, Popular Types, and Cultural Significance Around the World

Buttercups are more than just the focus of cheerful childhood rhymes and games. Most of the plants in the large Ranunculus genus are called buttercups, so meanings can vary based on the color and shape of the bloom. However, the classic yellow Buttercups found in Europe and North America are steeped in symbolism that dates back to the medieval era. In this article, we’ll explain everything you need to know about these happy buttercup blooms.

In the language of flowers, the Buttercup traditionally carries the symbolic meaning of growth, youthfulness, good health, and attraction. The Buttercup flower also featured prominently in myths and tales of love and loss spanning the Persian Empire and Native American folklore.

Ranunculus is the genus that includes most of the flowers commonly referred to as Buttercups, as well as other plants that are known as spearworts. The Ranunculus genus is part of the Ranunculaceae family that includes the climbing vine Clematis.

Buttercups tend to be perennial flowers that return year after year. They form a rosette shape of leaves and tend to send their flowers up on taller stems, even in creeping varieties.

Most Buttercups are yellow, but cultivated peony-style varieties are available in almost every color. None of them have any significant fragrance.

Buttercups have grown wild and inspired folklore for centuries throughout Europe, but it was only popularized for the cut flower industry in the Victorian area.

There are many types of Buttercups, including multiple species with the classic four or five-petaled cup-shaped flowers with a buttery yellow color. The most common species referred to as a buttercup is Ranunculus acris. Another popular species are Peruvian Buttercups, which come in showy double-flowering blooms in all colors.

The common name Buttercup refers to the flower’s yellow color and the mistaken belief that the yellow color of butter came from cows eating it. Ranunculus is the Latin name for the Buttercups genus, and it means “little frog”. It’s a reference to the low growth habits of the green leaves of these plants.

What Regions are Buttercup Flowers Native to?

Buttercups are native to North America, Europe, and many parts of the temperate zones of the Northern Hemisphere. Most of the species found in Europe have also been naturalized to other temperate parts of the world.

When are Buttercup Flowers in Season?

The most common species of wild and cultivated Buttercups bloom as early as May and continue producing new flowers through September or October. Buttercups tend to bloom longer in warmer climates, but they eventually die off every fall and either must be replaced or will return from their roots in the spring.

Uses and Benefits of Buttercup Flowers

Buttercup was historically used as a treatment for lung complaints and arthritis, but it’s actually quite irritating to handle raw and shouldn’t be consumed.

The Ranunculus flower is also irritating to pets and livestock, so only plant in areas they won’t access.

Most varieties with single flowers are attractive to pollinators like butterflies and bees, but it’s primarily an ornamental plant.

Common Buttercups are primarily yellow in color. The yellow flower has secondary meanings of joy, happiness, youthfulness, and good health.

Persian Buttercups showcase a more diverse spectrum of different colors which have unique meanings and symbolism in the language of flowers:

The Cultural Significance of Buttercup Flowers

With a long history of cultural use, it’s not surprising that Buttercups all over the world share common and overlapping meanings.

The most common symbolism for Buttercups comes from its use in many childhood games and rhymes. Among them, the best known is the game of picking a fresh buttercup flower and holding it under your chin.

Some games claim that a yellow color reflecting on your skin means you’re in love, while others say it just means you like butter. Most people should find that the flowers reflect on their skin because they’re highly reflective and tend to bounce yellow light off any surface when held close enough.

Persian Buttercups are bold and beautiful, especially the double-flowering varieties that resemble peonies. Thus, it’s no wonder that the flower inspired a myth in its home range the Persian empire.

Legend claims that a wealthy prince fell in love with a beautiful nymph that rejected all of his advances. When he died of a broken heart, he was transformed into the beautiful Ranunculus so that the nymph would have to look upon him and regret her decision forever.

Since many Buttercups are native to North America, it’s not surprising Native American mythologies also include the plants.

One such story involved the mythical figure of Coyote, who was known as a trickster. Coyote liked to take his eyes and toss them up into the air, enjoying the view. When Eagle swooped down to steal them, he had to use Buttercups as his new eyes.

Thus the plants earned the name Coyote’s Eyes among some of the bands that encountered them.

In the Victorian language of flowers, buttercups were often featured in floral bouquets to send a message that they appreciated a person’s youthful nature, or they used it as an insult by sending it alone.

Shakespeare may have even mentioned Buttercups in some of his plays. He mentions Cuckoo-Buds in Love’s Labour’s Lost specifically.

Some scholars associate Buttercups with this common name and others even claim it was due to its belief that the flower could cure mental illness. There’s little evidence to back up this story, however. It’s much more likely the author intended for the name to reference the bird known as the cuckoo rather than any link with mental health.

As a flower symbolizing youthfulness, attraction, and childhood whimsy, it’s a great flower to include in a bouquet to someone you want to send a playful message.

Peruvian Buttercups can be chosen by color meaning and gifted for weddings, birthdays, romantic messages, and more. It’s also easy to find buttercup corms and tubers for sale to gift as a plantable reminder of your feelings towards someone.

How to Grow and Care for Buttercup Flowers at Home

Most varieties of Buttercups are easy to grow and thrive in a range of USDA hardiness zones from 6 to 11.

Persian and European Buttercups grow best in beds or along paths. Only the dwarf varieties will thrive in containers.

Buttercups share a common need for well-draining soil and tend to prefer lower levels of nutrients. Only a few species prefer wet or highly fertile soils.

Most Buttercups prefer full sun, but some need partial shade instead and will typically require watering weekly through the spring and summer months.

Buttercups are bright, bold, and cheerful. They also send a complex message when used in a bouquet or planted in a garden. Make it part of your next gift or landscaping design to add a message of romanticism and youthful energy to the flower beds.

Why is it called Buttercup?

With most species featuring a bold yellow color, it’s not surprising people have long associated the flower with butter.

What is the spiritual meaning of a buttercup?

Buttercups symbolize the child side of yourself, which must be nurtured spiritually to thrive.

Do buttercup flowers bloom all summer?

Most Buttercups species bloom from May to September, as long as they’re planted in the right area.

How long do buttercup flowers last?

Buttercups tend to last 1 to 3 days after cutting, especially the Persian Buttercups popular as cut flowers. Changing the water can help them last 4 to 5 days instead.

Most of the North American varieties spread through creeping and seed, allowing them to grow in places you don’t want them. They’re easy to pull up by hand, but you must wear gloves to avoid irritation. 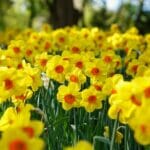 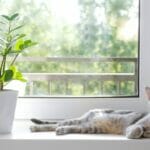 Are ZZ Plants Toxic or Poisonous to Humans and Pets?